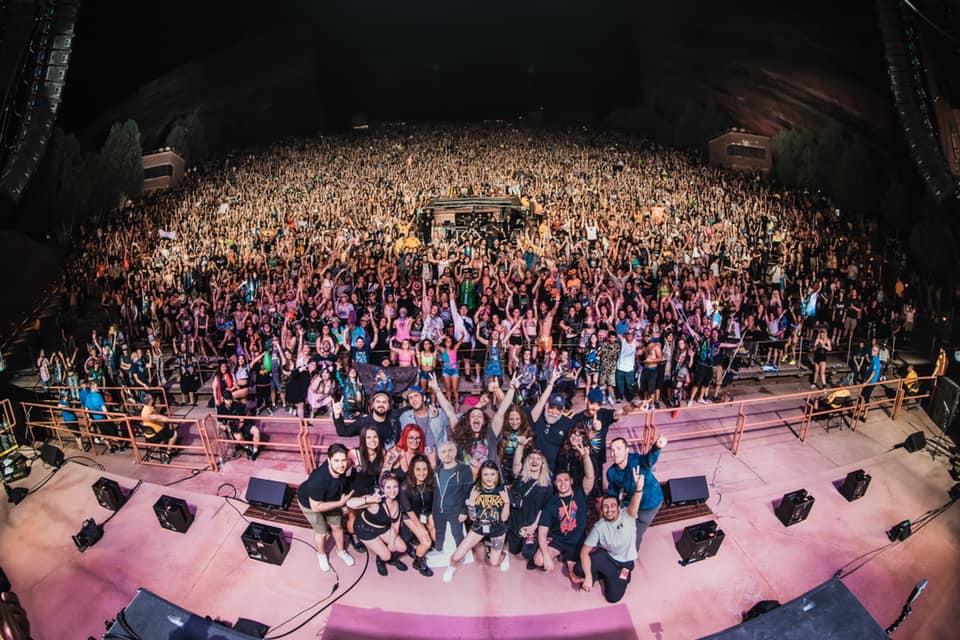 “I haven’t seen kandi since March 6th of 2020.” Someone said this to me in line for the merch table at Red Rocks on June 22nd, 2021. We’re there to see Subtronics, AKA Jesse Kardon. He is the dubstep DJ and producer who fans travel to see from around the country. This was the first full capacity event back at Red Rocks. I got to see it all from the stands I grew up going to.

Subtronics has said in interviews that headlining Red Rocks was his childhood dream. We knew we were in for a sweet surprise when he announced this show back in May. Tickets sold out in a matter of hours. Find out why by learning more here about Subtronics and his EP Wooked on Tronics.

When I showed up at the venue, the various parking lots were packed with people in festival attire of all forms. There were sparkly hoods, lots of jerseys, tutus, and glitter galore. Of course, there’s always that one guy in a unicorn suit. A show at Red Rocks is always a crazy experience, but the first dubstep show out of the pandemic felt especially surreal. Subtronics at Red Rocks was going to be epic. Knowing that made the long lines feel worth it. 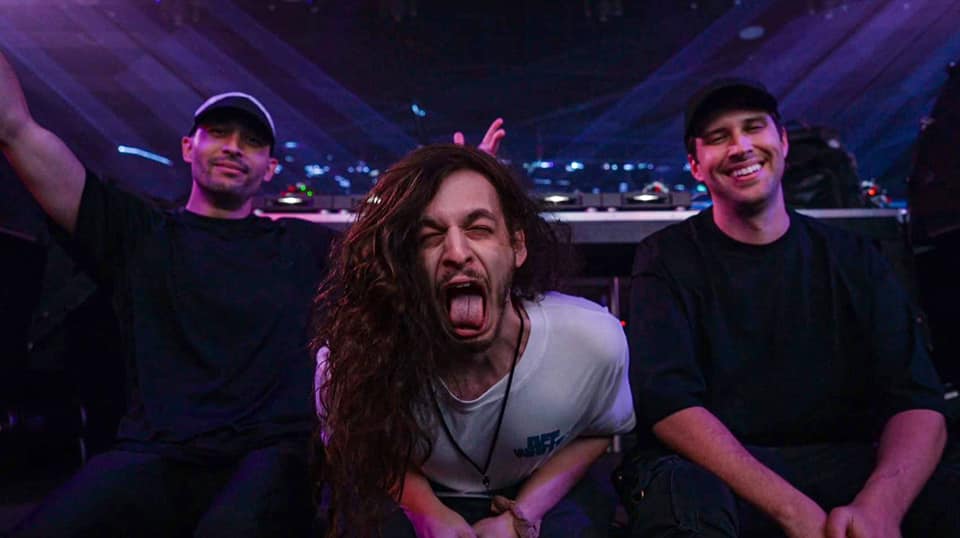 I’ve been waiting to see Subtronics for years. I’ve always seemed to have been in the wrong place at the wrong time. Now was my chance, and I couldn’t be happier to be there headbanging in the stands. The show was titled Cyclops Rocks in honor of his Cyclops Recordings imprint.

When the show was first announced, there were no supporting acts on the lineup, but that quickly changed as the hype around the show grew. The night kicked off with Eazybaked B2B Smith, followed by Space Wizard B2B Guppi. Then, Subtronics’ girlfriend, Level Up, played B2B Ace Aura. They definitely brought the heat. Their beats and stellar stage presence were an awesome way to light up the crowd before the main event.

Okay but can we talk about the new @Subtronics & @SlanderOfficial new song??!!! 😭🥲 pic.twitter.com/hMbVjNMvlH

The event was exceptional because of all of the unreleased music we got to hear. He played a new Slander collaboration that is set to come out later this year. Everyone at the event with me lost their minds! Between the new music and the old tracks that you know and love, I wanted the performance to last forever.

Instead, I traded kandi with the guy at the merch station and told him I’d see him again at the next show. Now that the music scene is back in action, there’s more where that came from.

Did you also see Subtronics at Red Rocks? Swipe up to comment below and let me know!