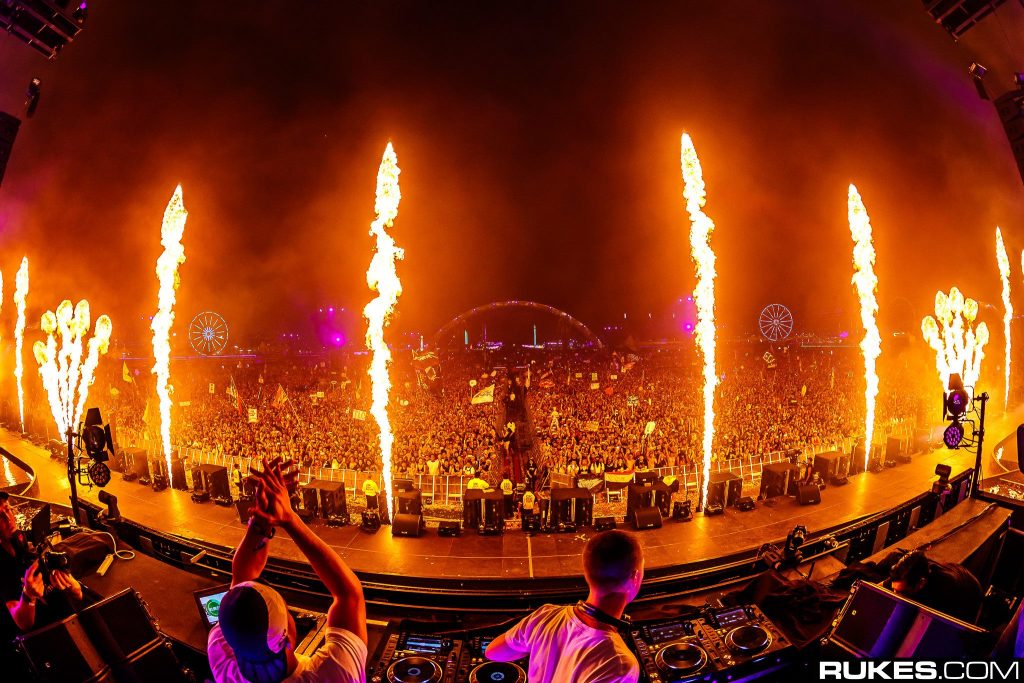 What do you get when you mix an LA duo that generates bangers with an American Idol Top 40 finalist?! A multifaceted radio-friendly song that will also work perfectly as a dance floor oriented piece! SLANDER has outdone themselves again this past week with their new release of “So Long” with Juliana Chahayed.

The LA-based duo notified their fans via Twitter that they would be releasing 8 new IDs in their EDC set. They have definitely lived up to that promise and not let down their fans. Just last week, SLANDER released their official remix of the one and only Above & Beyond’s “Always” on June 15th and a lyrical, collaborative single “Slow Motion” with Bret James on June 1st.

SLANDER’s ability to electrify the crowd with bass-heavy headbangers and emotionally stirring melodies speaks volumes for their talent. By creating their own unique sound and Heaven Trap genre, SLANDER set themselves apart from other DJs and producers alike. “So Long” is no exception to their adeptness to produce yet another track that you’ll be hearing on the dance floor. You’ll be able to find “So Long” on Apple Music, Spotify, and Soundcloud!

Scott Land and Derek Andersen met through their fraternity at the University of California at Irvine. After graduating, they both attended Icon Collective, a music production school where they met Tyler (NGHTMRE). SLANDER first debuted their remix of Showtek’s “We Like to Party” recording in 2014, originating their unique sound. Together with NGHTMRE, SLANDER invented their Gud Vibrations concept resulting in multiple sold-out shows around the world. You can catch them either at a local show at Encore Beach Club in Las Vegas, at Audiotastic Music Festival in Mountain View, or even on a boat at their next Gud Vibrations Boat Party in San Diego! If they are in your city, you, your neck, and your feels will not be disappointed!

WHAT IS YOUR FAVORITE SONG BY SLANDER? SWIPE UP AND COMMENT BELOW TO LET US KNOW!