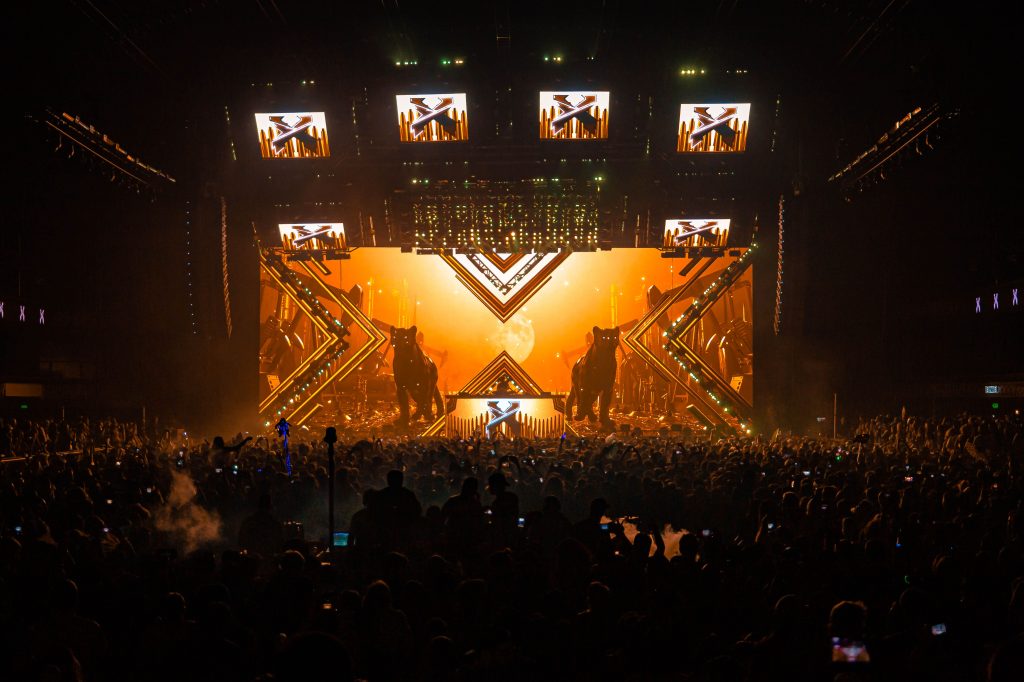 Music Has No Age Limit – Raving With My Mom Part 2. In my eyes, music truly has no age limit and even my mom loves to go raving with me now. However, it didn’t start out that way. If you grew up in my house, you knew there was some style of music playing at all hours of the day. It all started when my dad took my brother and me to an outdoor Irish festival where Flogging Molly was playing, and with that my love for attending live music events commenced.

Seriously, it was like walking into an audio and visual candy store. I was enthralled by the synchronization of the artists and the crowd. After that first concert, I started my journey into a new world in search of my own styles of music that spoke to me personally. In 2015, I attended Excision’s show and have been hooked on electric music ever since.

The World Works In Funny Ways

After missing his tour last year, I purchased a two-day ticket for Excision’s Evolution tour the day it was announced. As the date got closer, I lined up an interview with one of my favorite artists, Wooli who was playing a B2B the first night and a solo set the second. As a result of the interview giving me access to the event, my purchased ticket was now up for grabs.

My mom’s interest in EDM has grown exponentially over the last few months. Check out part 1 of raving with my mom here to see how it all started. She even uses her commute to and from work to discover new music through Spotify radio. Some of her new favorites include Excision, Svdden Death, Virtual Riot, and Zomboy. She’s got some amazing taste, right? 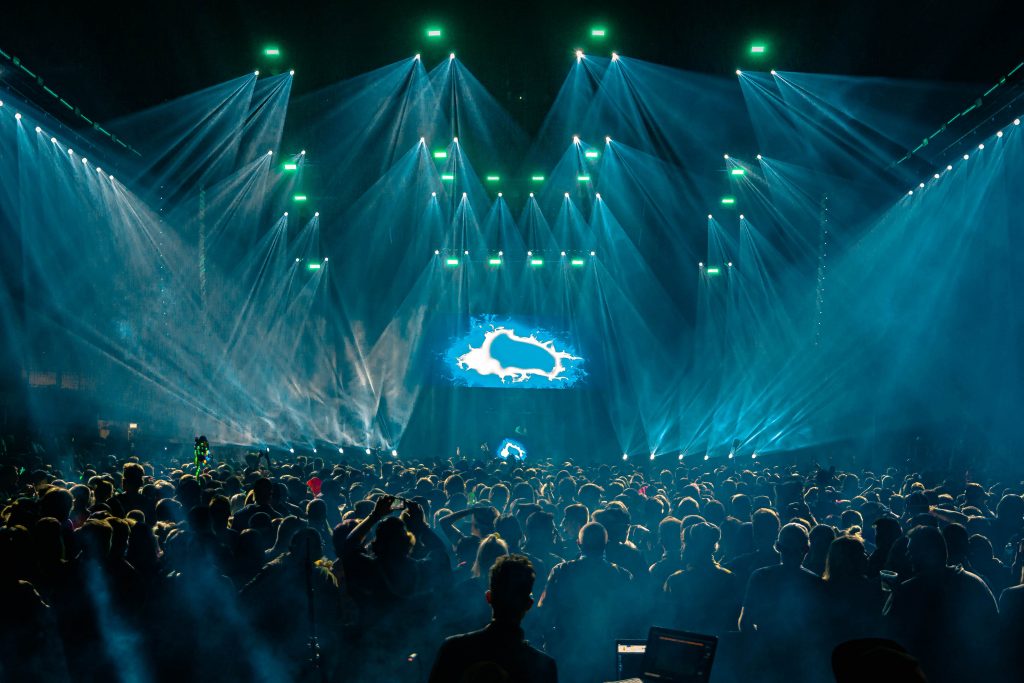 The Evolution weekend was a two-day affair. I had asked my mom if she wanted to go to the Friday show, but knowing it was Valentine’s Day I wasn’t sure if she would want to or not. Luckily, I received a quick and excited yes.

Because taking the step up to see Excision can be a lot, I had warned my mom to give her an idea of what she was in for. I gave her my earplugs and helped set up a plan with my dad to come to get her if she wanted to leave at any time. 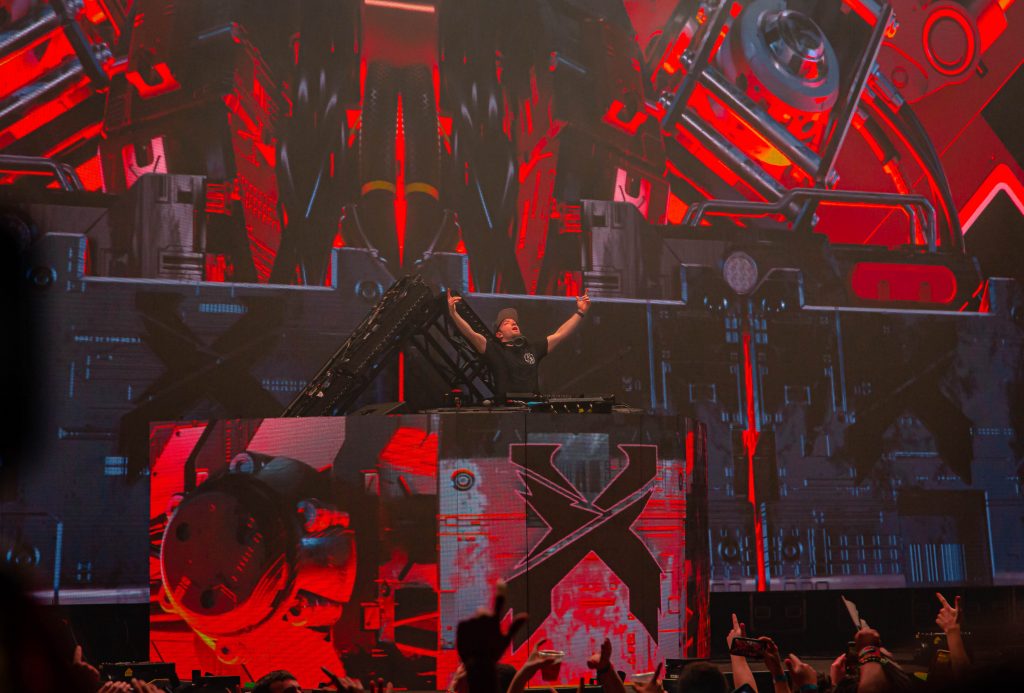 A Night in Dubstep Paradise

There was a 20-minute delay due to a staging truck issue, so we were ready for action once Calcium hit the stage. I had seen him play at The Thunderdome before (as well as a B2B with Kai Wachi and Sullivan King), so his signature bone-shaking style and killer tracks like “F.W.Y.S” and “Mega Punch” were perfect to open our night.

Up next was Lucii. Wow, that girl had some positive energy was non-stop and could be felt the moment her set started. As she played out a new track from her and Champagne Drip, the energy was climbing high. Because we were coordinating with the delay from the truck, there was a fast turnover between artists.

Ending the B2Bs was Dion Timmer and Dubloadz. This was a high energy set with a wonky twist. Virtual Riot kept the crowd going as direct support to Excision directly after. 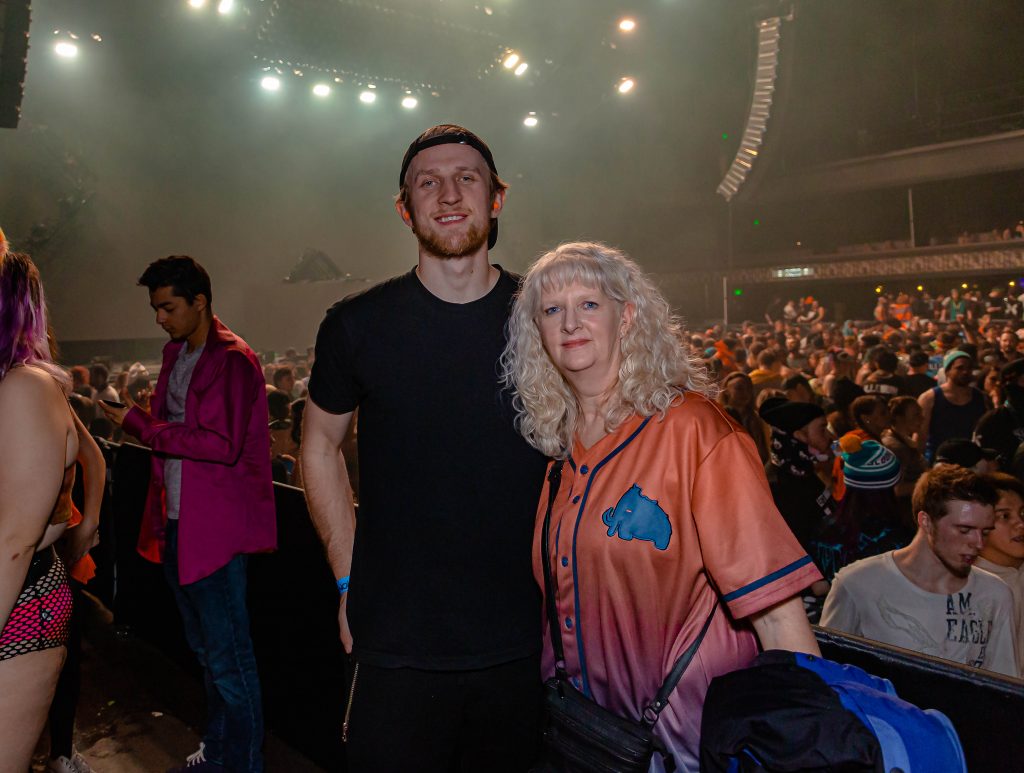 My mom was absolutely ecstatic about the whole night. We went over specific songs from each artist she enjoyed, what she thought about the response from the crowd, and the staging set up. Once we finished talking, she asked a simple yet tough question, “What’s next?” What a great question, mom.

If you were lucky enough to get the chance to see Excision’s Evolution stage then you know it was a show which will not easily be topped. I started thinking through the possibilities of a larger show, or even a festival and landed on 515 Alive. 515 is a two-day festival that takes place on a Friday and Saturday in Des Moines, Iowa. My grandma actually lives right outside of Des Moines, so this is our tentative plan for the next adventure!

Which DJ would you bring your parents to see live? Let me know in the comments below!