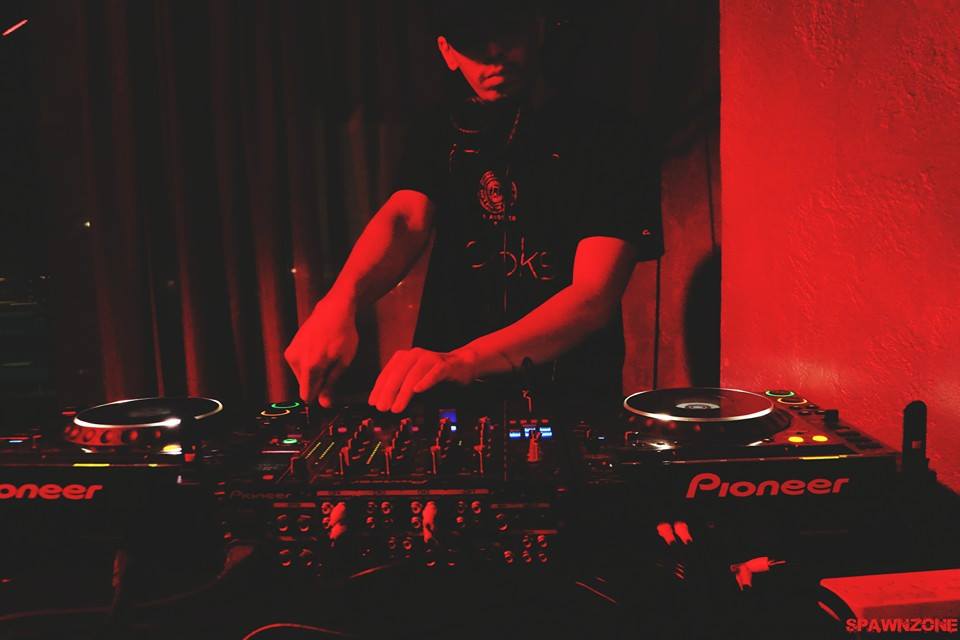 The 26-year-old, Jesus Enriquez, who is otherwise known as Jesus Juice, has been keeping busy in the underground scene of Compton, California. It’s the city in which he was born and raised, and the city that has given rise to Hip Hop greats such Ice Cube, Dr. Dre, & Easy E (NWA), the Game, Kendrick Lamar and EDM’s DJ Mustard, just to name some of the culture’s most notable. But that list can go on and on, as the small city outside of L.A. is known for its flavor.

To be around such influence, in addition to his own rich, cultural background, being of Guatemalan and Mexican descent, Jesus Juice has been making mixes for the past 11 years as a DJ. For the last 3 years, he has been producing his own stuff. Jesus Juice falls within the genres of Moombahton, Twerk, Jungle Terror, Trap, and as he would say, “anything with some Latin flavor.”

Currently, Jesus Juice is the host of “The Sermon,” a weekly EDM show on Wild1 Radio. He also throws underground parties called “Death Camp” in addition to holding live streams every Friday on Facebook. Soon, Jesus Juice will be working on some new tunes, which he is choosing to keep on the low for now.

Outside of being a DJ, he stays active. He grew up skateboarding, but he also plays sports, modifies cars, raises four pit bulls, and is admittedly into fashion. He is supported by his fan base, whom he refers to as his “Disciples,” a catchy title that was given to his loyalists and flows perfectly with his brand.

What made you decide to get into DJing?

I learned to spin when I was 15 years old; one weekend my eldest brother came to visit from Arizona, and he brought his technics with him and some records. I asked if I could play around, and he said sure. To both of our surprise, I picked up spinning on vinyl within 15 minutes. Beat matching and all. After that, I kinda didn’t pay it any mind until I was 18… I went to my aunt’s house, picked up my turntables, and from that moment, I said to myself, “I’m gonna do this.”

I did fall off in my early 20s due to a tragedy. One of my best friends was shot and killed. I really hit a downward spiral of depression and self-destruction. It was bad. After a year or so, I got my act together and found music again. At the age of 23, I decided I wanted to get back to what made me happy and that’s making music for people to feel happy and dance.

Do you only make mixes or are you also a producer? If so, tell me about the song that you’ve made that has had the most impact on your budding career.

I’m also a producer. The track that had the most impact on my career would definitely have to be the remix me and my friend Crooks made to “Magalenha” by Sergio Mendes. I would say it’s the most impactful not because it has the most plays but because it really was the point where I decided where I wanted to go with my sound: infusing my Latin roots with EDM.

You have a radio channel on Wild1 Radio, “The Sermon.” How did you land that spot and tell me about your experience since beginning on the platform?

Yes, “The Sermon”  is my show on Wild1 Radio. I stumbled upon that gig through my friend DJ Blown (Tyler Webb). He introduced me to our radio station director, DJ Swift from France after I had just finished playing on the MainStage of the Avalon in Hollywood. Swift was impressed with my set and propositioned me with having a show on what would become Wild1 Radio. At that time it was still only an idea.

Within a month or so he got the website running, got the station on a couple of online radio apps, and I’ve been doing the show ever since (about 2 years now). I’m proud to have been on the ground floor of Wild1 Radio and proud to still be going strong with the show. Its taught me a lot about sticking to a schedule and adhering to deadlines, and I’ve grown so much because of it. The Sermon has also allowed me to network with a bunch of other artists around the globe and I’m very happy for that also.

Describe your radio show and what listeners can expect from you.

Two hours of just straight fire music to dance to. Listeners can always expect to hear a unique mix from me every week for the first hour of the show. I generally play a lot of moombahton, twerk, trap, and jungle terror, but sometimes I switch it up with some G house or something along those lines. I try my best to bring on a guest mix for the second hour every week, but sometimes it just doesn’t work out.

But at the end of the day, listeners can always expect to hear brand new music. If you wanna tune in live, The Sermon airs every Saturday at 7 am, 3 pm, and 11 pm PST at Wild1 Radio or on the TuneIn app.

You recently had Alyce White on your show, your first female guest. Tell me how that experience changed your outlook on female DJs.

Yeah, I got mad love for Alyce. She’s a real cool cat. But the topic of female DJs is a touchy one I suppose. I don’t think having her on the show has changed my outlook on female DJs at all, to be honest. I respect anyone who’s willing to work hard and honorably for their goals regardless of their gender. And while I know Alyce might not have all the skills right now, she’s eager to learn and work to become better, and that’s what matters. I wish her nothing but success.

When starting with the radio show, what did you expect to get out of this experience and have you achieved your goals?

Honestly, when I started The Sermon two years ago, I didn’t know what to expect. I was honestly just stoked to have a real, legit show, not just something I put on SoundCloud or MixCloud. I feel like I’ve exceeded my goals with the show. But I’m definitely setting the bar high for my goals in 2018: bigger artists, growing the audience, and expanding.

I saw on your Facebook that you went God Mode and those familiar with you were shocked that you were spinning Techno. Explain what GodMode is for those who don’t know and the significance of you spinning techno.

HaHa, aww man… God Mode. Do you play Grand Theft Auto? Or a video game where you put in the God mode cheat so that you couldn’t die and you were like all powerful? That’s kinda like what I mean. The whole situation was just a trip, ’cause as you mentioned I was playing techno, something I never do. I wasn’t even playing it from my flash drive it was from a friend’s USB.

I had no idea what the tracks were, and I was spinning perfectly, mixing 3 or 4 different tracks simultaneously without headphones for like 30-40 minutes. Everyone who’s known me for a while gets that I really have a knack for DJing but I feel like we all (even myself) forget about it; ‘till I have moments like these where I’m just locked in with the music and go off. It gets even crazier when you bring up the fact that I didn’t know what tracks I was playing. I just have this intuition when selecting tracks to know what’s gonna blend well. It was pretty intense, I guess you just had to be there.

What can your listeners expect from you in the near future? Any new projects or shows you have in the works?

Listeners can expect to keep hearing The Sermon, I know that much for sure. New projects would have to be me reviving a moombahton/global bass party Calidad (Spanish for “quality”), and releasing a lot of new music under a new alias that I’m keeping very hush about. Other new projects are still up in the air but I’m excited to meet people and continue to grow.

Where do you see yourself in the next 5 years?

I mean, in the next five years I hope to be touring and living off my passion and making the best music of my life. I know its kind of what everyone who is on the come-up says but I mean, who doesn’t want to be living the dream, right? I plan to see The Sermon as a staple in the dance music scene like Diplo & Friends and I see myself being the happiest I’ve ever been. 2017 was a big year for me in terms of self-discovery, and I’m excited for what’s to come and to grow in the next five years.

What do you think about this interview with Jesus Juice? Comment below and let me know your thoughts.