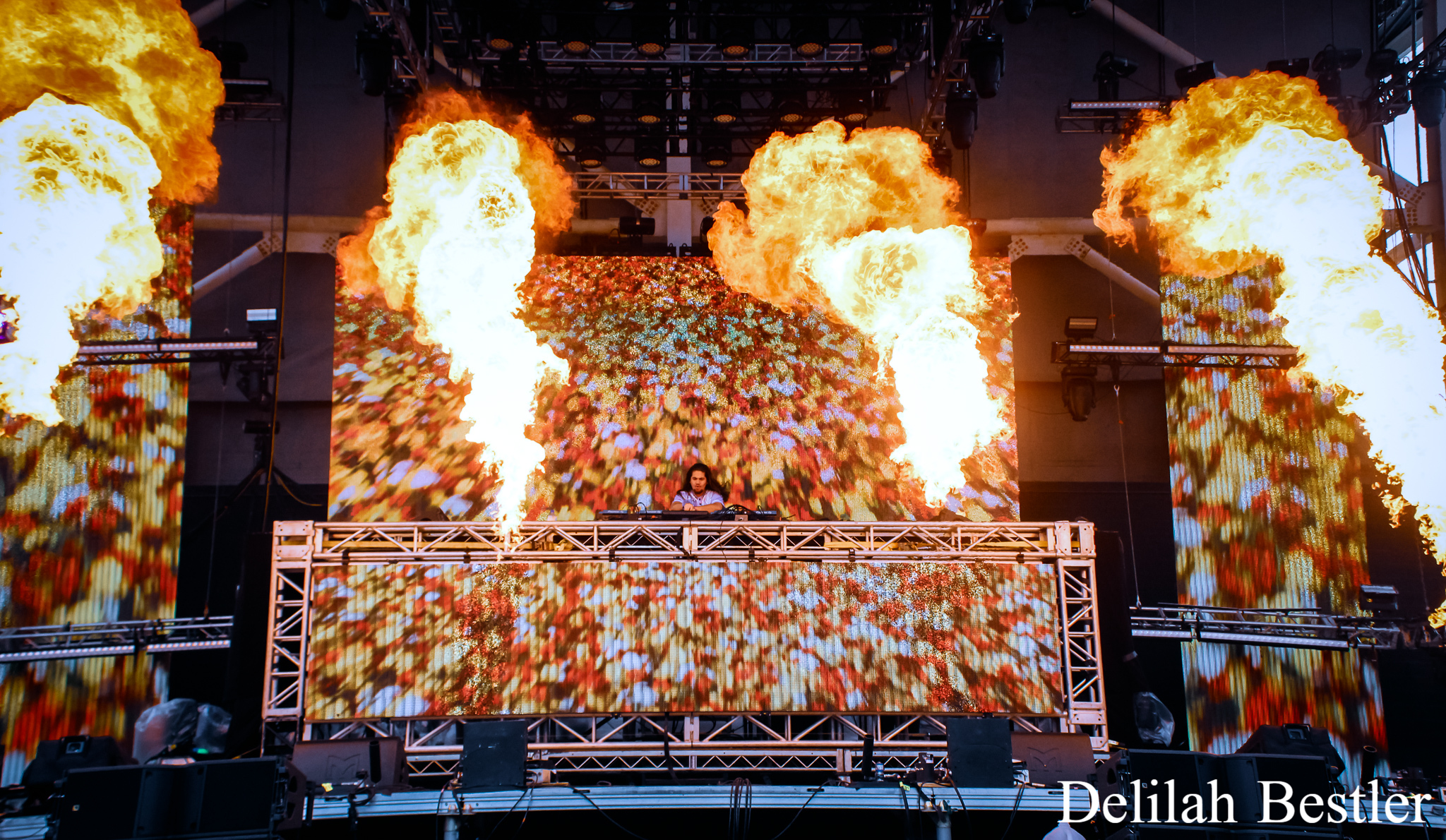 My Kaivon interview is one I can’t wait for you to read because his message is one I know you’ll stand behind. His story is very inspiring. It will be relatable for so many of my fellow ravers who’ve also struggled with feeling demoralized and defeated at some point in their life.

As a Los Angeles native, Kaivon has blown up since his first single “Reborn” which was released back in 2016. Since then, he’s just released his debut album Awakening which is perfectly named for the message he hopes his music spreads. Kaivon will be touring Awakening across the United States this fall in 25+ cities making him an act you do not want to miss this year.

I was grateful and lucky enough to get to interview Kaivon at North Coast Music Festival this year. Read my full review from North Coast here. After his set, I talked with Kaivon about his journey in life, the inspiration behind his new album, and much more. Keep reading below now to get to know him now.

How are you feeling after your set at North Coast Music Festival?

I’m feeling really good. I’m honestly a bit winded. Every time I play a show, I realize how out of shape I am and realize that I need to work out more, but never do.

What was it like performing at North Coast Music Festival?

It was really cool. I honestly was nervous because I wasn’t sure if people would show up just because it was earlier in the day but everyone showed out. I had a great crowd with really great energy and could feel it! Sometimes during my sets, I’ll turn down the volume on my end to hear what it sounds like.

When does your tour start?

North Coast kicks off my tour, but it officially starts next week. I am excited about the travel because I’ve been stuck at home, wanting to get out, interact with people, and get out of the online world.

When did you start making music and how did you get started?

I started making music when I was a sophomore in college. Seven years ago, I was messing around between and after classes and playing stuff for my buddies in the dorms. Eventually, I reached a point in college where I felt like I was wasting my time and money there, so I dropped out and decided to pursue music full time. Once I started on that tunnel vision path of wanting to do music, I have never strayed off it. That’s how it all started.

Who were some of your musical influences growing up?

The first genre of music I fell in love with was rap. Eminem is still my favorite artist of all time. Other rap artists include Kid Cuddy, Childish Gambino, and Kendrick Lamar.

In terms of EDM, when I first got into EDM, which would’ve been around 2014, I was really into Martin Garrix, RL Grime, and Flume. Once I kept hearing more, I loved everything. I loved it all. I still do on some level. 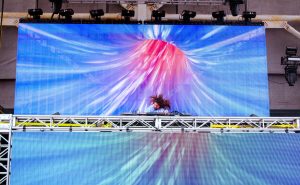 How does it feel having dropped your debut album Awakening only a few weeks ago?

It feels good! I’ve never put out an album before, even though I’ve been putting out music for five years now, so it was scary. I’m proud of it and I’m proud of the message and theme behind it.

What is your goal with your music?

The goal for me is for it to be more than just music. I want it to be a channel for helping people realize who they truly are. I want it to help them spiritually awaken and realize what’s important. If my music can help at least one person, then that’s cool with me.

Yeah, I had been drinking and smoking from the ages of 16 to 23. I’m 26 now but I reached a really low point two to three years ago. One night I drank and did a bunch of drugs. It was one of those nights I was demoralized and felt defeated. I saw that sun come up.

Shortly after, I started asking people if it was normal to only have fun when you drink and use drugs to which I got a resounding ‘no’ but living that, I didn’t know. I decided to become sober. People talk about being sober as the hard part, which it is, but I found that the hardest part was learning how to deal with my emotions and feelings—learning to not escape with smoking and drinking. It was hard to break that habit as I did it for seven years.

When did you write Awakening?

I wrote Awakening when I was fully sober. Once I became sober, it led me down the spiritual path of thinking about what’s life really all about. Since it isn’t about getting fucked up, I kept thinking there’s got to be something more; something deeper. This led me to a book by Eckhart Tolle called The Power of Now: A Gide to Spiritual Enlightenment.

What was the biggest takeaway you had from the book?

In The Power of Now, Tolle said, “Once you realize you’re not your thoughts, but you’re the observer of your thoughts, you begin to spiritually awaken.” Since I’d always been so identified with my thoughts, his message was really so profound for me. The weird thoughts I would have made me feel weird, fucked up, and as if I was a bad person.

I realized all the thoughts I’m having were just a result of the conditioning of the way I grew up, society, and what I was exposed to. That is what inspired the title of my album Awakening. 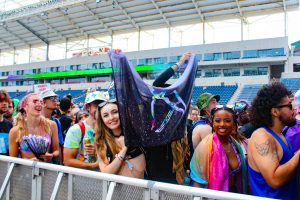 How do you maintain your sobriety?

I’ve been sober for about two years which was hard at first. It has gotten easier over time, but once I realized the power of music, it became my anchor and my healthy coping mechanism. Doing shows, interacting with my fans, and making music gives me such an amazing experience and feeling.

I’ve also been trying to find hobbies and other activities outside of music, which has been a whole experience in itself. What I have found that I love doing is working with dogs so I’ve been going to a dog shelter. Helping animals and people is the most fulfilling thing for me and helps me through the tough moments.

What instruments do you play and have you thought about picking up any while looking for a new hobby?

I don’t currently play any instruments. I have some music theory and piano knowledge, but I’ve been trying to learn guitar.

What does your studio look like when it comes to making music?

I’m so disorganized. My desktop is like icons on top of icons—no real folders. I always lose projects because I name them weird things like dubstep salsa or something random. I always think I will remember it when I need it, then like a month later, I have no idea.

When do you tend to create new music and get into the zone?

My favorite time to create and produce is in the morning when I get up. I have a cup of coffee, Yerba Mate, or some sort of caffeine on an empty stomach. 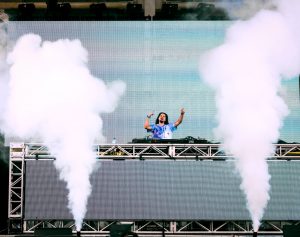 When producing, which comes first the beat or the story, and how do the two work with one another?

I feel like every song starts differently but I typically like to start with a chord progression. Next, I bring in a vocal sample or vocal chop. I like to build around the raw, empty vocal. Next, I add in the drums. I rarely start with the drums first. Then, if that sounds good, I add in the bass. I like to create the sound without bass first because if I can get it to sound good without bass, then I know I am on the right path.

What marks the completion of a song after you’ve finished adding in the bass? How do you know when a song is done?

I’ll make every song with the speakers in my room, but I give it the final listen in my car. This is where I will pick up a lot of subtleties that I didn’t pick up before and I’ll take notes. Sometimes I’ll even mix in the car. I also like putting a weird filter on the music sometimes and making it sound like it’s playing in another room. Overall, my final test of a song is playing it from start to finish in the car and if I feel it is done – then it’s done.

I’ve come to the conclusion, at least for me, that I’m never going to make a song that’s perfect. I must come to a point at the end where it’s like, this is done, and this is as good as it’s going to get because if I get into perfectionism mode, I’ll never finish a song.

What surprised you the most while creating your album Awakening?

There were a couple of different things that surprised me. The idea of creating an album was surprising enough, as creating an album is so daunting and scary to me. I thought this might be a project that would take me years, but I think the whole process of making the album was somewhere between six months and a year.

The other most surprising thing was how fast I made the album and how the songs flowed out of me. I got into one of those rhythms where I was in the creative creation flow and the songs just fell out. 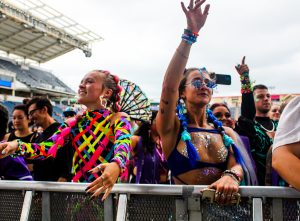 What is the overall message you hope people take away from Awakening?

Ultimately, I want them to live in the present moment. Don’t feel guilty about your past and don’t feel worried about the future because whatever’s supposed to happen will happen.

I did have that mentality for a long time where I thought, look at all these horrible things. The world is random, and shitty, and life is pointless, but I choose to look at life the other way now. Hopefully, Awakening helps people find a way to live in the present moment and realize that they’re exactly where they’re supposed to be.

What are your plans for your music this year?

I’ve pretty much put out a song a month the first five years of the project, but with the album out now, I want to let it breathe and let that be the only thing I have out for a few months.

I’m excited to take it on tour and bring the album to life in person. I want the album to reach as many people as possible and hopefully help others have an awakening experience or begin that process of looking into themselves spiritually.

What’s one message you’d like to leave your fans?

Don’t be so hard on yourself! You are here for a special purpose; all we have is now.

WHAT QUESTION WOULD YOU LIKE ME TO ASK FOR MY NEXT KAIVON INTERVIEW? SWIPE UP TO COMMENT BELOW AND LET ME KNOW!