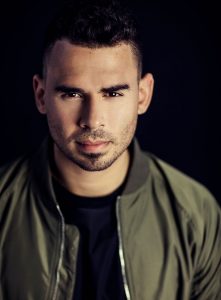 Afrojack announced today that he will release his new EP, Press Play, on August 31st on Wall Recordings/Armada Music. The new EP showcases a versatile range of music. There are the club bangers such as “My City” and “2012.” There are also the high-octane but vocally-driven tracks like “One More Day” and “When You’re Gone.” In total, there will be 14 tracks. Some you have already been jamming to, while others are coming very soon. Those to come will feature collaborations with artists who are signed to Afrojack’s label, Wall Recordings. Pre-orders for his upcoming EP can be placed now – click HERE! 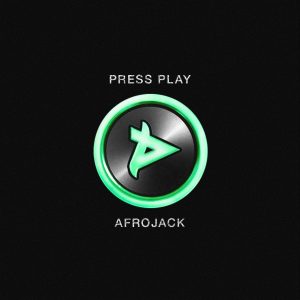 One of the world’s most innovative and sought-after artists, Afrojack, a songwriter, producer, and DJ, continues to shatter boundaries that push music into bold directions. The Grammy Award winning producer saw his breakthrough with the multi-platinum-selling single, “Take Over Control.” He has lent his production skills to many tracks, including David Guetta’s number one smash, “Titanium” (feat. Sia). Afrojack has also co-created major hits for artists such as Beyoncé, Pitbull, and will.i.am.

The electrifying track “Dirty Sexy Money” brought Afrojack’s 2017 to a close. It offered a star-studded production alongside David Guetta, Charli XCX, and French Montana. Afrojack is propelling forward into another incredible year. He’s already dropped “Bad Company” with DirtCaps, a remix of U2’s iconic “Get Out of Your Own Way,” and reunited with David Guetta and Sia once again for “Helium.”

In the last two years, Rolling Stone named Afrojack one of the 50 Most Important People in electronic dance music. Forbes has placed him on their 30 Under 30 list. He will be the keynote speaker for the 2018 presentation of the awards. This is no surprise since he is only the second DJ ever to imprint his hands into the Hollywood Walk of Fame. He continues to appear in Las Vegas every month as a resident DJ for the Wynn Hotel Group at their three luxury venues, XS, Encore Beach Club, and Intrigue. Outside of Vegas, he performs worldwide at all major festivals and premier nightlife venues.

The latest artists added to the Wall roster are German DJ duo, Jewelz Sparks, Costa Rican producer, Disto, and Dutch producer, Chasner. As a part of the Wall Recordings label, Afrojack often takes his artists on tour with him. His artists have the option to perform on his JACKED stages at large festivals. They also can appear at nightclubs presented by the label. As a mentor, he provides his artists with counsel on their music. They also have the opportunity to showcase their work during group performances.

The Artist Behind Afrojack

Jewelz & Sparks: Since 2012, the German duo has developed their own worldwide recognized production-style in hard-hitting electronic club music. They’ve played in more than 10 of DJ Mag’s Top 100 Clubs worldwide. They also have been mainstage performers at the biggest electronic music festivals like Ultra Europe and TomorrowWorld. They’ve gained enormous popularity by officially remixing The Chainsmokers’ 2017 song “Paris,” Benny Benassi’s “Satisfaction,” and Dimitri Vegas & Like Mike’s “The Hum,” while also having their music remixed by Hardwell.

Chasner: At just 20 years old, he is already one of the most promising upcoming talents from the Netherlands. Chasner started his musical career at the age of four with playing the piano. At 12 years old, he started producing his own music and has had his music played by Martin Garrix, Tiësto, Hardwell, Afrojack, Dimitri Vegas & Like Mike, and his music has been showcased at festivals like Tomorrowland, Ultra Music Festival, EDC, and Mysteryland.

Disto: A producer from Costa Rica, Disto is carving his name into the trap, bass, and future bass genre. He has played at important festivals like EDC Las Vegas, EDC Mexico, Dreamland, Life in Color, Holi One, Beyond Wonderland, and many more. He even headed his own tour in India. Disto already has support from the biggest names in the game like The Chainsmokers, David Guetta, Diplo, DJ Snake, Flosstradamus, and Major Lazer.

Chico de Reus: Better known by his new stage name, Chico Rose, he is a 25-year-old DJ from the Netherlands. He released his first single “Play” on Dirty House Records in 2014. He’s played major festivals such as Ultra Music Festival, Tomorrowland, EDC Las Vegas, and more. Now, after five successful years under the stage name Ravitez, he has decided to use his real name, Chico Rose.

Can’t wait for Afrojack’s new EP, Press Play? Make sure to pre-purchase and tell us what you think about the album by leaving a comment below. Plus, follow Afrojack’s Twiter HERE to keep up with his special updates or catch his Jacked Radio shows on Sirius XM Channel 52.