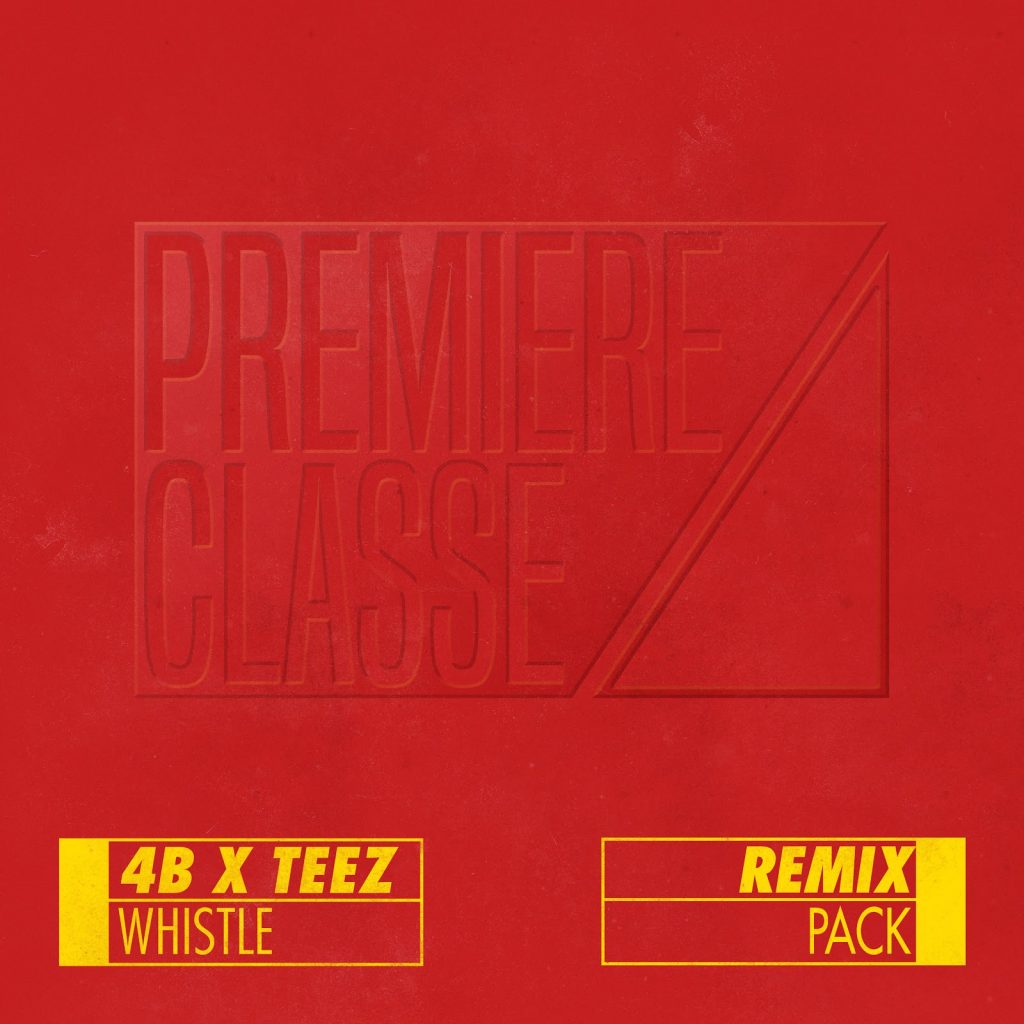 What’s the next best thing after your track has become an instant hit in the festival scene this summer? Being able to reveal eighteen new takes on the track!

Two New Jersey producers have formulated a festival hit song that is playing worldwide. Instant viral hit “Whistle” by 4B x Teez was the debut release on DJ Snake’s imprint Premiere Classe. They have become a representation of what Premiere Classe is trying to showcase. Musical influence can come from any part of the world and have an impact on the crowd. They have released an eighteen-track remix pack on Soundcloud with remixes by YDG, YOOKiE, Nitti Gritti, ETC!ETC!, and many more.

The multifarious remixes range from heavy bass takes from the likes of YDG to moombahton infused remixes from JSTR to hyped trap remixes from Ponzoo. The list goes on with the eclectic remixes from world-renowned producers! With all these remixes being released, it’s no wonder that “Whistle” has become one of the most played songs at festivals!