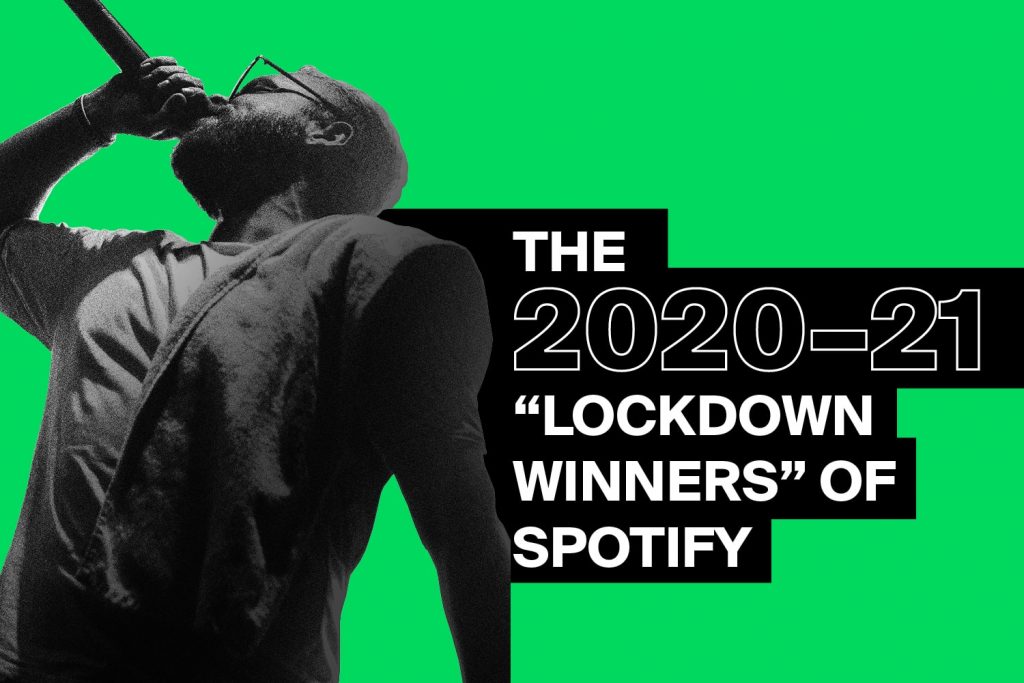 Our friends at Viberate make it their business to know who did what in the world of music, literally. For those who don’t know, Viberate is a data analytics program that tracks and ranks musicians based on variables like social media coverage, streaming numbers, and more. You might recognize their name from our recent issue, #63, where we did a full spread on them. Click here to check out the article.

When there’s a question about the music industry, you better believe Viberate can come up with the answer. When they noticed how some of us loafed through the entire pandemic, while others seemed to thrive with the extra free time, they asked themselves, “Does this apply to musicians too?” The simple answer is, of course, it does. While some artists saw the lack of live events as a curse, others saw it as an opportunity to spread their sphere of influence.

Since Viberate is all about ranking musicians, they decided to make a list of the top five artists who gained the most followers during the pandemic. They did this for Pop, Hip-Hop, Latin, Rock, R&B, and of course Electronic musicians. Since we’re all about the Electronic here at EDM World Magazine, I’ve decided just to focus on the top five DJs from Viberate’s “Lockdown Winners of Spotify” If you’d like to read their full review, you can find it by clicking here.

The Rules Of The Contest

Like all contests, this one came with a few rules in order to keep things fair and manageable. Viberate only measured artist’s fanbase growth between April 1st, 2020, to April 1st, 2021, to give a general gauge for how they did over quarantine.

Artists were ranked based on the percentage of growth for their fanbase, not just the number of new followers. Artists already had to be in the top one thousand ranks on Spotify(for their genre), have 10 thousand followers, and 100 thousand monthly listeners. This way a new artist who goes from a hundred fans to a few thousand won’t steal the show from a more consistent producer. 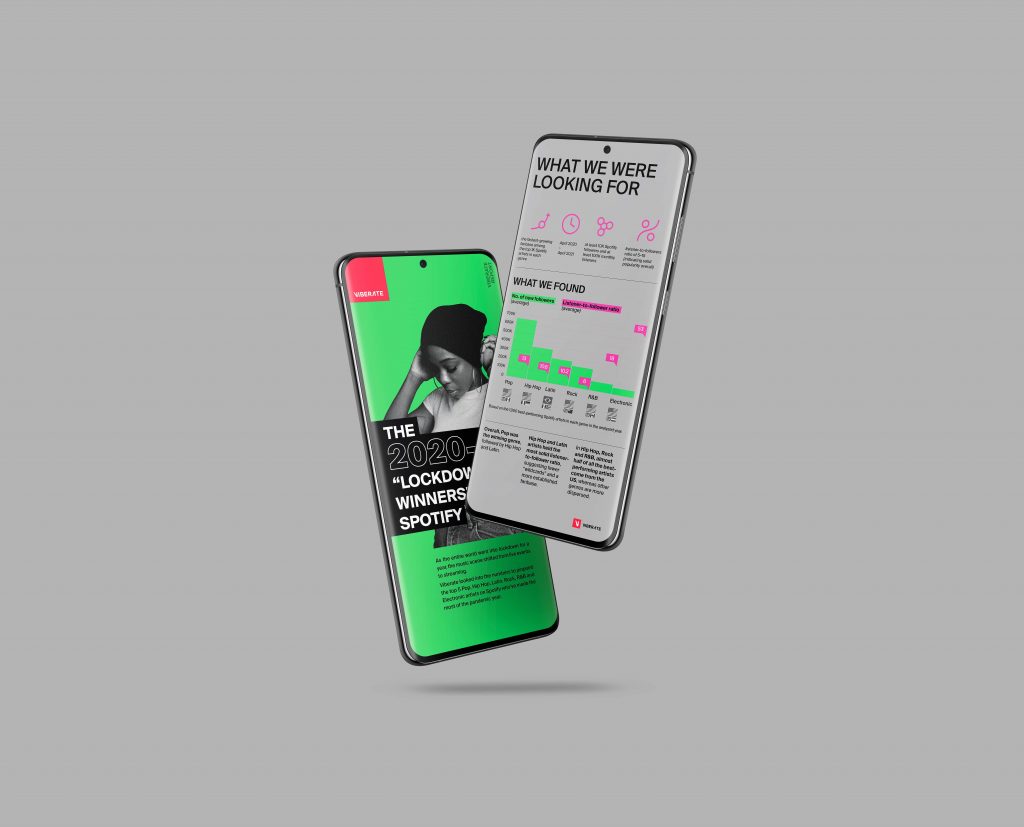 Who Were The Winners?

First up, in fifth place, is Unknown Brain of Germany. Unknown Brain gained 90 thousand new followers over the pandemic, seeing a 96% increase in popularity overall. Like all our winners on this list, Unknown Brain made sure to put out plenty of new music over the quarantine, including an entire album titled Faceless.

In fourth place is ARTBAT, the Ukrainian DJing duo. These two gained 70 thousand new followers, which represented a 104% increase in their overall fan base. They put out several songs during the pandemic.“Best of Me” and “What Else is There” were some of the most popular tracks.

In third place, we have INZO of the United States. INZO enjoyed a 106% increase in his fanbase, gaining a fresh 40 thousand followers. Some of his popular pandemic releases included “I’m Dreaming” and “It Goes in Waves.” While it does fall outside of the competition dates, INZO also released a long-awaited music video for his popular song “Overthinker” on April 21st this year.

Our runner-up for the winner of quarantine is Yves Tumor in second place. Yves Tumor is an American artist, known for his more experimental sound. He gained 82 thousand new followers over the pandemic, giving him a 127% increase in his fanbase. Like our friend Unknown Brain, Yves also released a new album in 2020, titled Heaven to a Tortured Mind.

Finally, in first place, we have Ben Bohmer of Germany. Ben Bohmer gained a whopping 92 thousand new followers over the pandemic, giving him a 143% increase in his fanbase. He can likely attribute this success to popularity over his new songs “Cappadocia” and “Moments,” which had 18 million streams between 2020 and 2021 alone. 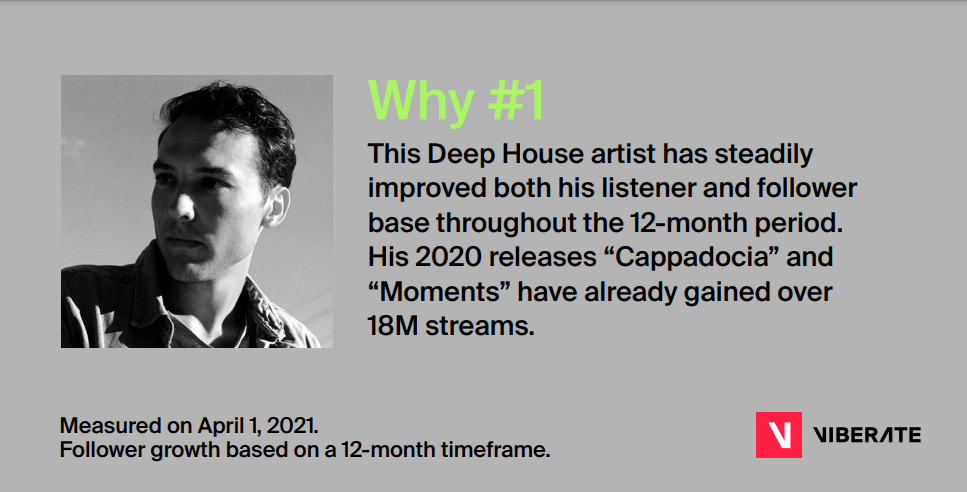 What We Can Learn

While it’s all well and good to know which artist did well over quarantine, there are several other lessons Viberate’s contest can teach us.

According to Viberate, one of the best ways to boost your popularity is to make your way onto a highly trafficked Spotify playlist. Viberate cited New Music Friday and Meme Songs as being two of the most popular playlists to get on.

While many of the most popular songs of the quarantine were sad songs (duh) meme and TikTok songs were also extremely popular. For example, many of you are likely familiar with the song, “The Wellerman” which was a sea shanty that went viral on TikTok. The song became so popular that it went #1 on Viberates European genre, despite starting out as a comedic premise. Just another reminder not to doubt the power of memes.

Finally, Viberate’s winners of quarantine also came with data on the music genres themselves, and how their fan bases typically operate. In EDM’s case, we actually had the fewest new listeners out of all six genres. However, EDM had the highest listener-to-follower ratio. So, while the genre might be slow to gain fans, its listeners are the most dedicated. 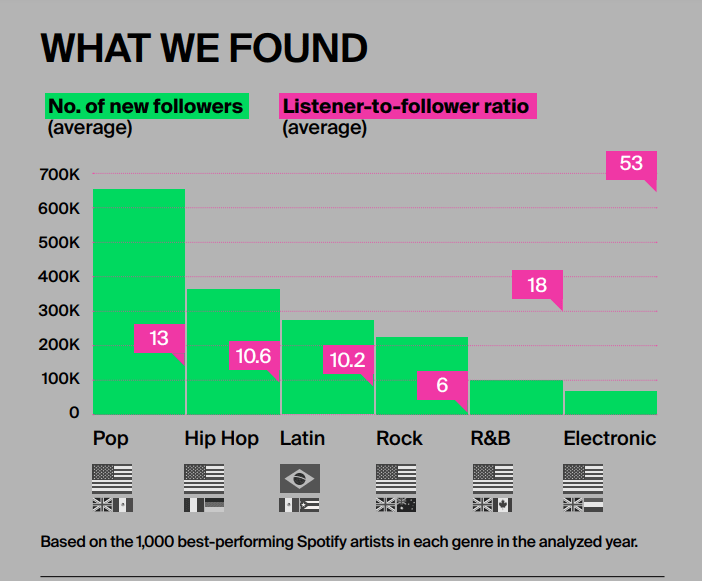 Want to know more about what Viberate has to offer? Check out EDM World Magazine’s issue #63, featuring our full review of Viberate by clicking here.

What surprised you the most about this list? Swipe up to comment below and let me know!

ARTBAT, Ben Bohmer, Best of Me, Faceless album, Heaven to a Tortured Mind, I'm Dreaming, INZO, issue 63, It Goes in Waves., Overthinker, Spotify, The Wellerman, TikTok, Unknown Brain, Viberate, What Else is There, Yves Tumor