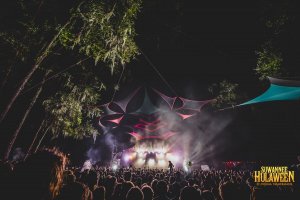 Suwanee Hulaween just dropped a killer phase 2 lineup, introducing Damian “Jr Gong” Marley, Lotus, Goldfish and Perpetual Groove. Hulaween is hosted at the Spirit of The Suwanee Music Park from October 27th to October 29th and is headlined by three nights of The String Cheese Incident. 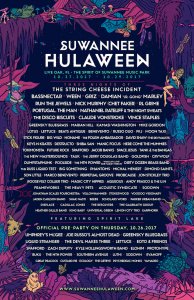 Spirit of the Suwanee Music Park, located in Live Oak, Florida hosts an array of shows and festivals year-round, making it music-venue royalty. This will be the festival’s fifth year returning to the famously magical, 800-acre venue spread along the Suwanee River. The music park also features Spirit Lake, a placid and shimmering lake that hosts art installations, camping, and a silent disco for festival goers.

You can get tickets here

Weekend general admissions start at $259.
Weekend VIP  is currently sold out.
Car camping add-on is $25.
You can also attend the Thursday pre-party for an additional $69.