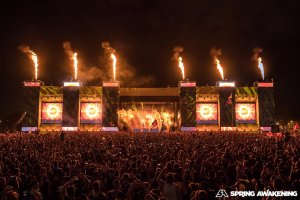 This year’s annual Spring Awakening Music Festival in Chicago, Illinois truly set the bar high for the summer festival season. With its new location at Addams/Medill Park, the festival hosted its largest crowd ever, leaving concertgoers blown away.

Alex Clardy, 21-year-old college student from Chicago, attended his third Spring Awakening this weekend and raved about the new and improved atmosphere.

“It’s way more open here, and the crowd is so much better,” said Clardy. “At Soldier Field, it was just all stages, and there wasn’t any amusement rides or anything like that. There was only one water station, that was it. Everyone would just crowd around it, so it sucked. I’m glad they moved it to this park.”

Although the festival ended earlier than usual at 10 p.m., it’s clear everyone was more than happy with the change of scenery. Watching the sun set on the Chicago skyline while seeing some of the most iconic DJs in the industry, made for an unforgettable experience.

The festival offered tons of variety with food trucks such as Quang Noodle, Cheesie’s Pub & Grub and even a coffee truck. It was a perfect addition to the three-day weekend. 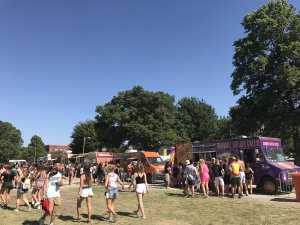 Matt O’Neil, 46-year-old festival-goer, proved age is nothing but a number as he spent his weekend at his fourth SAMF.

“I still have fun and enjoy it no matter how old I am,” said O’Neil. “I’ve lived in Chicago for about ten years so I’ve been going to a bunch of festivals around the area for a while now. Spring Awakening is always a fun experience, but this year I would say it’s definitely better than previous years.”

Big name artists such as Martin Garrix, JAUZ, Malaa and legendary Armin van Buuren went all out on their performances and absolutely killed it. I mean, when do they not? 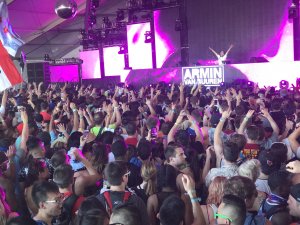 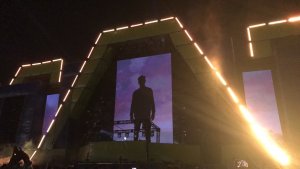 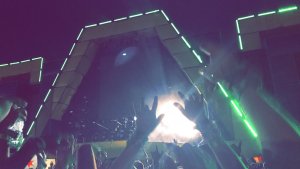 Safe to say Spring Awakening 2017 was by far the best one yet. So I suggest you start moving around your schedule for next year and keep an eye out for tickets. You’re not going to want to miss this.