26 Aug People Behind The Artists: Clowning Around With An EDC Dancer 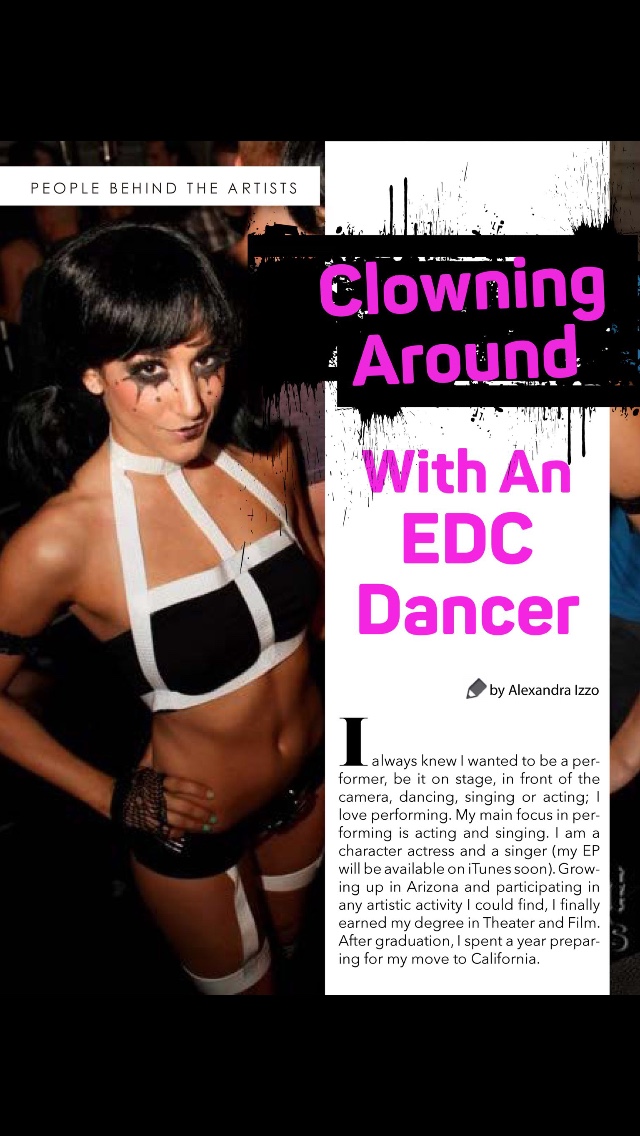 Clowning Around With An EDC Dancer

I always knew I wanted to be a performer. Whether it be onstage dancing, singing, or acting; I just love performing. My main focuses are acting and singing, though. I am a character actress and a singer (my EP will be available on iTunes soon). Growing up in Arizona, I participated in any artistic activity I could find. I then earned my degree in Theater and Film. After graduation, I spent a year preparing for my move to California.

Throughout school, I always played the odd character that no one else could play (i.e. the old lady or the crazy witch). I loved it, though. I loved being able to completely embody a new character by simply putting on a wig and doing something crazy and weird that no one expects from me. I don’t care if people think I look stupid or weird, because they’re right; I do. Making people laugh and taking them out of reality into their own imagination is incredible. Taking a step out of my own body for a day and into something considered a fantasy is just extraordinary. 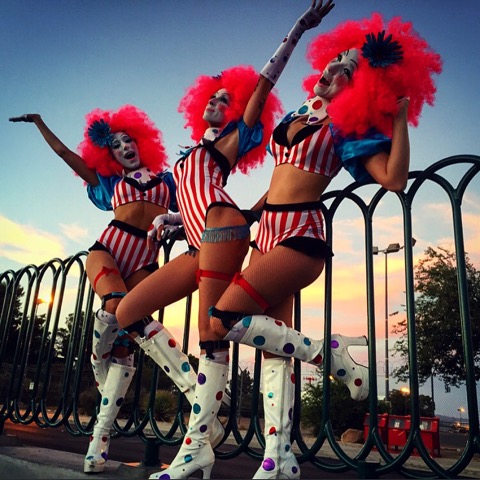 While I continued to explore acting and singing, I grew a love for go-go dancing and became a part of Steve Levine Entertainment in Scottsdale for almost three years. For a little time after, I was the dance manager at a nightclub before I moved. The type of music I sing and my long-lost-love for raves and festivals made my goal to dance for one even stronger. I danced at various clubs and festivals like Soundwave, with DJ’s such as Calvin Harris, and Tiesto before I realized I was ready for bigger and more professional events. I eventually heard about Team EZ, a performing arts collective based out of Denver, Colorado. I loved their style of dance, how they moved and how extravagant the costumes were. The more research I did, the more I wanted to be a part of it, too. I practiced and practiced everyday by watching videos on YouTube until I learned their particular style. For almost a year, I submitted video auditions to them, mainly to perform as a clown at EDC, but of course, would gladly take anything offered. 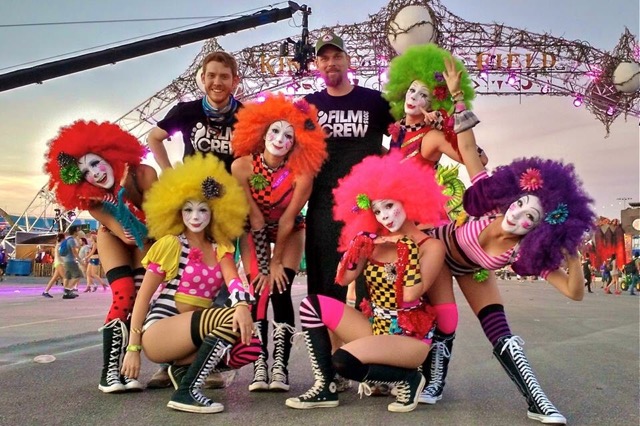 EDC New York was my first EDC performance and it was absolutely incredible. I performed all three days of the festival. Our call time was 2:00 p.m. every day because hair and makeup could take up to three hours. We usually got off around 3:00 – 4:00 a.m., so avoiding traffic on the way home was always a race. We didn’t find out our final characters until the first day of check-in and even throughout the festival, it was subject to change. People could either get sick, hurt or just quit altogether. I made so many great friends and met so many performers who were just as character driven as myself. I was even more thrilled that I was able to clown around with them again at EDC Vegas! EDC Vegas was so big, it was absolute insanity! The last EDC I attended was in 2012 and it wasn’t nearly as big as it is now. After performing at such a massive event, I don’t think I could ever just attend a festival via general admission. There’s honestly nothing better than putting on such an over the top show for people. I wish that everyone could see EDC from my eyes as a performer.

To read the full article on Clowning Around With An EDC Dancer and to get even more exclusive content, then check out the magazine now. This article can be found in Issue 13 of EDM World Magazine! Download the app for free. Apple users click for access on your iPhone or iPad. Android users click for access here.