If you are a fan of house music, you are probably already familiar with Kyle Watson. If you aren’t, you are missing out on some fantastic tunes. Halfway through his 12-date ‘My Machines’ tour, I got to see South African DJ and producer Kyle Watson at Concord Music Hall and chat with him about his story. Read about what led him into the scene, his time during the ‘My Machines’ tour, and what’s next below!

Was this your first time performing in Chicago?

What inspired you to get into house, and when did you decide this is what you wanted to do professionally?

I listened to a lot of music as a teenager. I enjoyed house music, but I also listened to anything from metal to rock. The music I was messing around with at home was based around 4/4 house loops. That’s where the bug bit, but I never saw myself doing it professionally.

What makes your sound unique? Do you have a secret ingredient that you consider a signature touch?

This is a tricky question that I always have trouble answering. The truth is I don’t know. I think the “secret ingredient” is not something you can put your finger on but more a concoction of music and art that influences you. All of that comes together to create this direction, and in my case, it has become what makes a Watson record a Watson record. 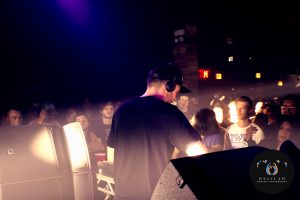 You are one of the few South African artists to succeed on an international level. Did growing up in South Africa play a part in your sound? If so, what elements of your music were inspired?

I had always taken inspiration from overseas producers in my earlier career, and luckily the music I was making was connecting well in the South African market. I lived there, and the sound was popular. UK producers heavily influenced me while I was finding my direction. Now I take inspiration from the US market.

You kicked off your 12-date ‘My Machines’ Tour in September. Your Chicago stop is your 6th show. How has the tour been going?

What a wild ride! I really appreciate the fans that have come out to the shows and enjoyed themselves. The reactions have been great, and I’m looking forward to the next few shows as we wrap things up!

What was the inspiration behind this tour?

The first ‘My Machines’ show happened in 2018/2019 in my hometown of Johannesburg, South Africa. I tested it in the United States on New Year’s Eve 2019, and the plan was to do a full run in late 2020. That was put on hold when the world ground to a halt, so we decided to do it this year.

What are you most excited for people to hear and see during this tour?

Since it’s an all-original set, I’m most excited for the fans to hear new flips of old records, VIP mixes specially produced for the show, and some of the old tracks I never get a chance to play out. 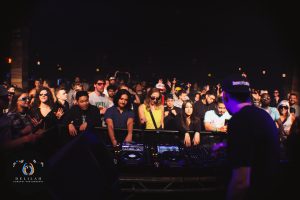 Photography by Delilah Bestler of the crowd

What has been your favorite venue you’ve played thus far?

I honestly couldn’t pick one on the ‘My Machines’ tour. All have been good, and I’m pumped for the next few shows!

What makes the shows on this tour more unique to your standard show or festival sets?

The fact that it’s an all-original set automatically makes the approach unique, as the set is more of a journey through my catalog. It’s paired with visuals that echo the artwork, which I think is an important element.

Because you have such an expansive catalog, you can curate an all-original DJ set. How do you prepare for your shows? Are your sets primarily improvised, or do you plan them out prior?

Generally, I have a playlist to choose from with an idea of the first two or three tracks I will play. After that, I wing it based on the energy and vibes of the audience. Sometimes I’ll group two or three tracks that I know flow well, but other than that, it’s on the fly.

For the ‘My Machines’ tour, the approach is a little different, with things still fluid but a little more planned out than usual so I can make the most of mixing tracks in the key and overlaying things. 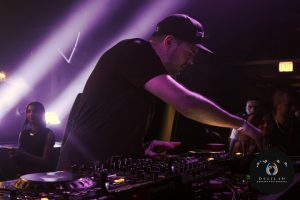 What is your favorite song you play often?

Tricky question! I’ve written a track with a Sage The Gemini sample which I’ve been playing every show, and it’s probably the one I most look forward to dropping just because of the reactions it’s been getting.

You had custom visuals made specifically for this tour. How have those been incorporated into your set to make this an experience?

When I start my set, the visuals switch to loops I created based on the ‘My Machines’ tour art. It was important for the look and feel to run through right from the first teasers of the tour to the show experience.

What have been some of your most memorable moments while on this tour?

Hitting play on the first record of the whole run at Sunbar in Tempe, Arizona, was a pretty cool moment and a feeling I’ll remember for a while. Meeting people after the shows have been great, too, especially the ones who have traveled hours just to catch a show!

What are one or two things you’d like your fans to know about you or your music?

I’m at a period in my career where I’m about to start taking more risks and trying out some new things. It could be an exciting time, so looking forward to seeing what the future holds. Also, thanks to you all who have supported me on this journey. It’s been pretty amazing 😊

With just a few more shows left on the calendar, there is still time to catch Watson on his tour. See the remaining tour dates below. 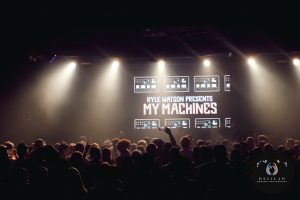 What was your biggest takeaway from my Kyle Watson interview? Swipe up to comment below and let me know.