19 Mar Join Paarti as They Host THE BEAT GOES LIVE 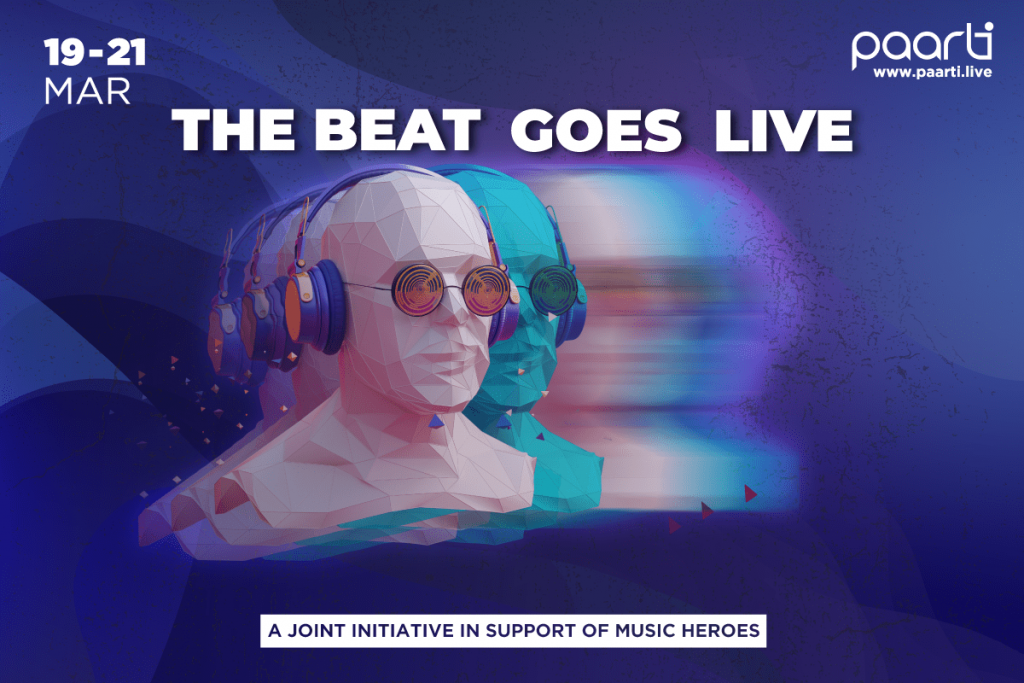 Join Paarti As They Host THE BEAT GOES LIVE if you miss live music! The event planners at Paarti are your fairy-godparents. They’ve partnered with the best of the best to bring us THE BEAT GOES LIVE, a live stream fundraiser spanning the entire weekend from March 19th to March 21st. The event will feature legendary acts 3LAU, Gramatik, Luxas, and many more. It will span over 13 different venues around the world, and will even offer an NFT auction for collectors to bid at.

All proceeds from tickets and donations will be given to charities dedicated to bringing live music back to us. The charities include Bridges for Music, SOS Noite Eventos, Save Our Stages, King Baudouin Foundation, Musico Por La Salud, and more.

THE BEAT GOES LIVE will be kicked off by 3LAU who will perform a 30-minute live set. From there the proverbial torch will be passed around between more than 30 different DJs throughout the world. They will span over 13 iconic venues such as Cavo Paradiso, Versuz, Noa Beach Club, Tenax, Club der Visionaere, Privilege Ibiza (the world’s largest music venue according to Guinness Book of Records).

The closing act will be spun by Gramatik and Luxas. The events from their set will be tokenized and transformed into the six NFTs offered during THE BEAT GOES LIVE. Their modular show, and NFT artwork, will be inspired by the Slovenian rocket engineer and pioneer of astronautics, Herman Potočnik. It also will feature 3D visuals by Darkpxl.

Three of these NFTs will go to whoever gives the largest donations to the charitable causes listed above. Another of the exclusive NFTs will be auctioned off to the highest bidder during an NFT auction. The auction will be hosted by OpenSea, the world’s current largest NFT marketplace. 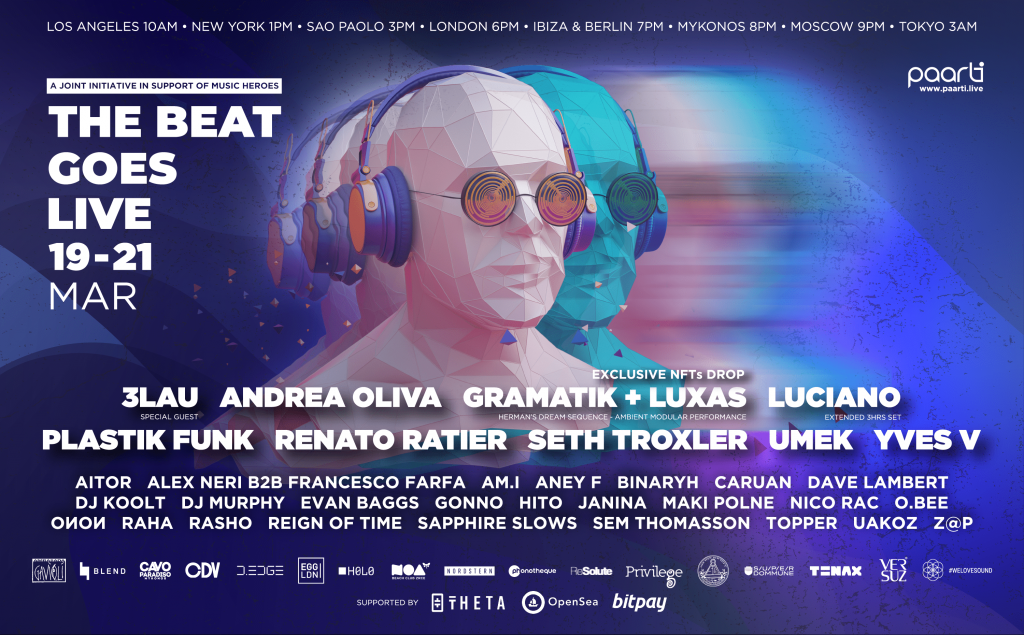 Paarti is a revolutionary new platform dedicated to connecting online concert goes in a more personal manner. In the words of their CEO Raluca Cherciu, “Live isn’t just an in-the-moment experience — it’s the unforgettable connections that last long after the house lights come up.”

Paarti allows its users to create these connections by giving them more freedom to communicate during their events. Paarti users have the ability to meet up on the dance floor, buy each other drinks, socialize and network with industry insiders, and even talk shop with artists and performers.

If you’re interested in joining THE BEAT GOES LIVE then break open your bitcoin bank, because Paarti has teamed up with BitPay to host this weekend’s event. BitPay is currently the largest bitcoin payment processor in the world. It’s not surprising Paarti went with bitcoin as a payment option since 3LAU and Gramatik are headlining the event. Both of whom are outspoken advocates for cryptocurrency. If you don’t own a cryptocurrency, don’t worry. The event will also accept other forms of fiat money, such as the U.S. Dollar.

Click here to check out Paarti and THE BEAT GOES LIVE.