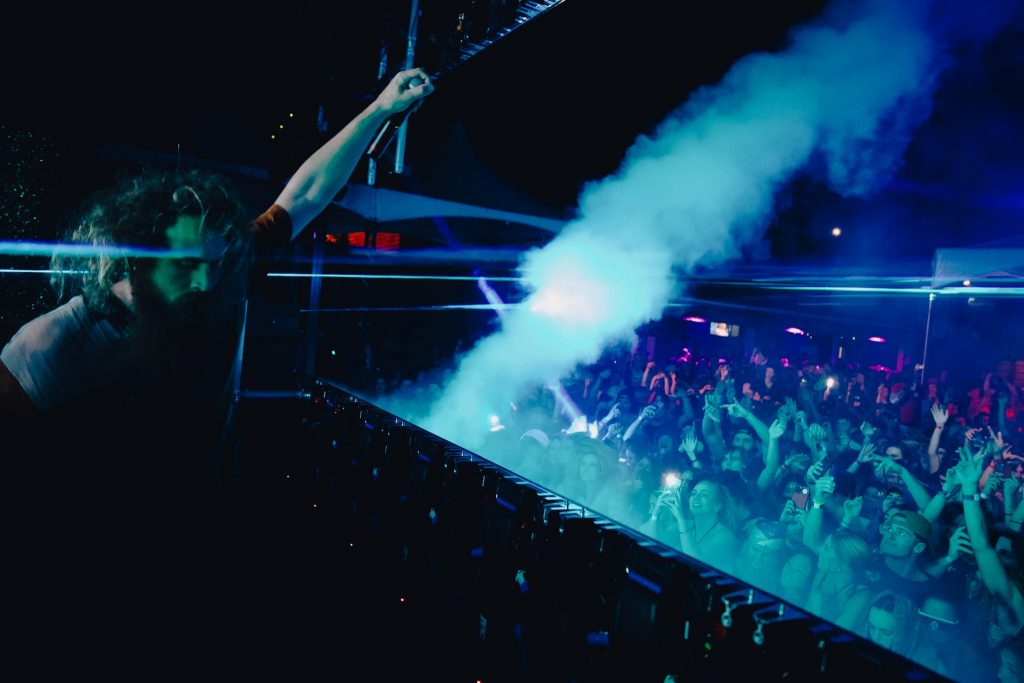 A phenomenal weekend of music was the highlight of my month after watching Hippie Sabotage and Gorgon City light up Potbelly’s. Every electronic music fanatic in Tallahassee, Florida knew that Potbelly’s was the place to be.

Founded in 1994, the popular bar and concert venue has a strong bond with Florida State University, along with Downtown Tallahassee.

It is cherished by the city as a prime happy hour and nightlife destination. Last weekend, the venue hosted two spectacular concerts: Hippie Sabotage and Gorgon City. Click here to check out all the upcoming events at Potbelly’s.

Local disc jockey known as Smiles set the mood Saturday as The Garden (Potbelly’s spacious outdoor turf area) quickly filled up with ravers. He played an assortment of tracks that have grown in popularity over recent months, such as a remix of “Love Tonight” by Shouse.

Among others was the steady track “Into You” by Sonny Fodera and a housey remix of the classic “Rocketman” by Elton John.

Smiles was very smooth with his transitions while his set consisted of songs that the crowd could easily sing to like Alesso’s remix of “If I Lose Myself” by OneRepublic and “Turn Off The Lights” by Chris Lake. By the end of his set, the venue was overflowing with anticipation for Hippie Sabotage. 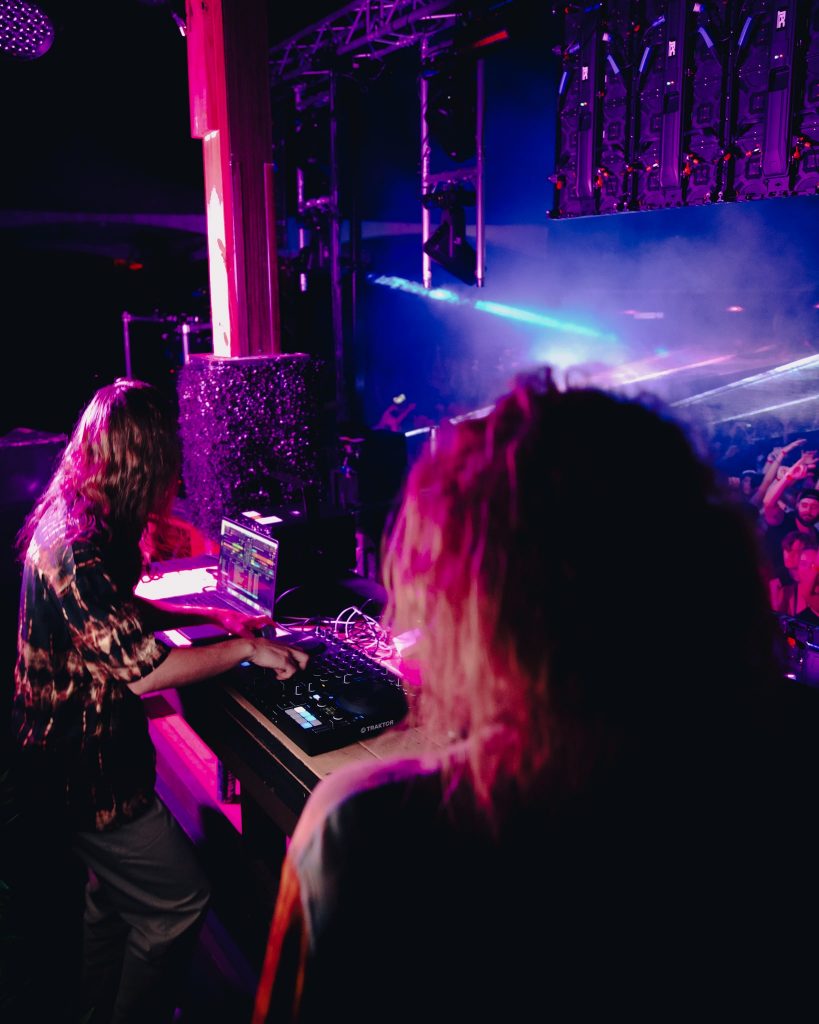 It did not take long for this dynamic duo to play one of their fan favorites after appearing on stage. A melodic humming synth rang out as attendees chattered about what track they thought was coming. Suddenly, a sequence of guitar chords echoed across The Garden and people shouted, “it’s ‘Drifter‘!”

The widescreen behind the talented Saurer brothers washed over with mesmerizing graphics. We saw a soothing bright yellow ring surrounded by a blend of pink and purple. Following the hit track, Hippie Sabotage decided to switch up the vibe by mixing in trap. Green and blue lasers shot out over our heads.

The artists repetitively yelled, “I don’t give a f***, yuh!” A sea of hands bounced up and down as a distorted snare buildup led to a bass drum-centric drop. Following a few more trap songs, they played “Able to See Me”. The track was accompanied by fluorescent lasers that mimicked a thin layer of fog.

They transitioned this into a series of other singles they have produced, before returning to the invigorating trap. Hippie Sabotage appeared to have created the perfect formula for their sets: alternating between their hit singles and elongated streaks of trap.

This repetitive cycle gave the crowd a brief period to rest and bask in the ‘sunset on the beach’ aura of tracks like “Your Soul” and “Options”. They consistently shocked the audience by a complete upheaval of a slower-paced song back into more trap. A venue full of strobe lights, roars from the concertgoers, and flashing lasers joined the sections of hard EDM in their set.

Other Highlights From the Night

Hippie Sabotage is renowned for their live renditions of mainstream hip hop and pop songs. One moment where they showed this off is when they played a jaw-dropping remix of “Drip Too Hard” by Gunna and Lil Baby. It contained lyrics layered over a soft synth.

The synth gradually got louder until the word ‘wave’ became looped and shortened for a buildup. The drop was an assault of tribal drum sounds that electrified the crowd. Another edit took “Audi” by Smokepurpp and flipped it into a grimy dubstep track that featured the rapper’s lyrics.

You could tell which tracks the fans enjoyed the most due to the volume of the collective voices that sang along. Arguably, the most celebrated song of the night was “Trust Nobody”. As the song played, the crowd swayed back and forth as if hypnotized, staring at the various shades of blue rectangles on the screens.

When Hippie Sabotage played “Different”, it seemed to have the intended purpose of wrapping up their set. However, there was no way the ravers were going to let that happen. They begged the performers for an encore and their requests were granted. The last track of the night was primitive and intense, an extreme riddim-fueled ID to end the concert with a bang.

With a short day of rest, the ravers of Tallahassee were back at Potbelly’s in their eccentric outfits and shades. Long-time producer and DJ Kyle Kinch knew exactly how to amp up the crowd for Gorgon City. The bass house being played was a complete 180 from the previous night.

To start off the night, he threw his fists in the air when he mixed in “The Throne” by Giusy Consoli. The track is a groovy house beat complimented by abrupt vocals. About halfway through his set, Kyle Kinch gifted his single “Player Hater’s Ball”, a collab with fellow producer Dead Space. Towards the end of his performance, he unleashed “In My Shoes” by Christian Nielsen, a track that is irresistible to dance to.

This talented DJ had set the optimal atmosphere for Gorgon City to perform in. 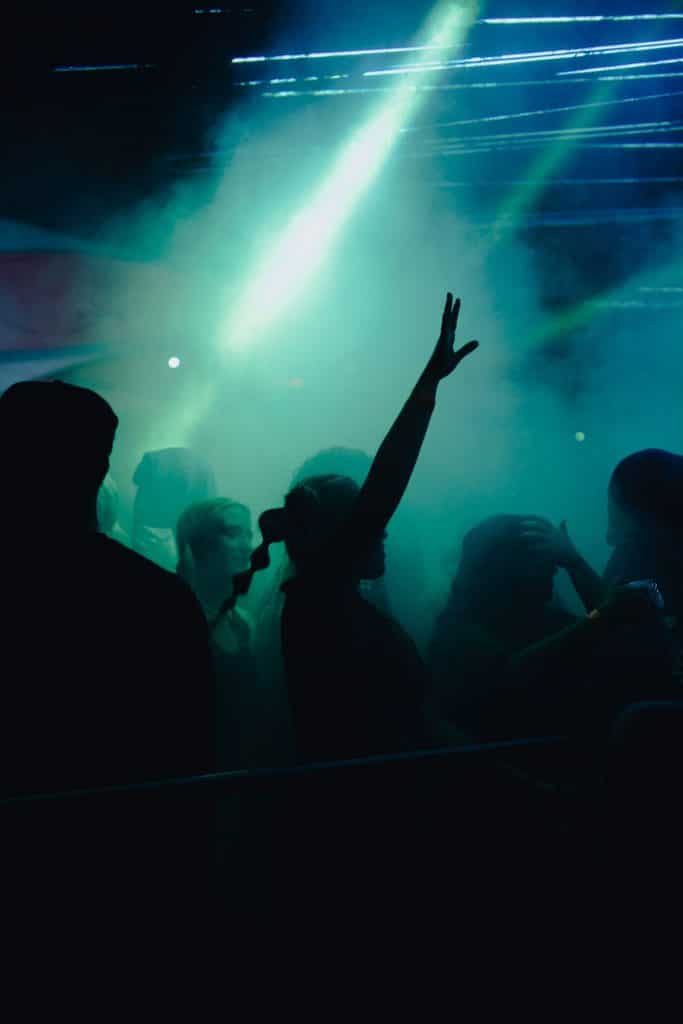 An Endless Supply of Hits From Gorgon City

Hence being called “Olympia Tour”, it was expected that the DJ pair would run through most of their new album. Gorgon City spiced things up by tossing in unique tracks along the way. First, one of the songs they opened with was their remix of “Moving Blind” by Sonny Fodera and Dom Dolla.

This bass house track encourages the audience to “keep shakin’ it”, and they were keen to listen to its instructions. A couple of minutes after, they seamlessly transitioned from “Groove La Afrika” by Melé into “House Arrest”, with singer Sofi Tukker. Next, a trippy visual of a mountainous blue and pink landscape rotated behind Gorgon City, while the crowd sang along.

In addition to their mixing skills, the attendees were also ecstatic to witness Gorgon City play songs from their 2021 album Olympia. Subsequent to the extensive buildup and drop of “Elizabeth Street”, the duo queued up their deep house track “Nobody”, featuring DRAMA.

The female vocals are sedative and gentle while the beat mirrors this. The artists had everyone’s attention when they blended “Tears”, a track with chilling vocals from Grace Grundy, into “Tell Me It’s True”. The latter has a captivating piano progression as “tell me it’s true” is sung in the foreground. This transition shined a spotlight on the beauty and passion behind Olympia.

In total, Gorgon City included around half the songs off their most recent album during the set.

Notable Moments From the Set

The approval of the crowd was obvious when Gorgon City played the Tom and Collins remix of their hit song “You’ve Done Enough”. Then, orange rays shot diagonally across the screens and an army of shufflers emphatically slid their feet on the turf. The energy remained elevated when the DJs followed up with the catchy tunes of  “Real Life” and their remix of “Feel My Needs” by WEISS.

“Feel My Needs” is one of the staple tracks in the world of house music so it is easy to imagine the reaction it had on the audience. My favorite part of the night by far was when Gorgon City played “Roped In”. The track takes a one-of-a-kind sound and forges a roller coaster of different pitches and paces with it. The auditory senses of the listener are distorted, putting them in a trance.

As the set came to a close, Gorgon City proved their allegiance to the house heads that came out to support them. Instead of playing one song for an encore, the fellow DJs went well past the advertised set time. They mixed in some of their hype remixes such as the edit of “Ahora Todo Va” by Dennis Cruz and Josh Butler.

Funky tracks by other house artists were added to the set as well, like “Not Over Yet” by Tom Staar. This song leads more towards the techno category, with its powerful drum rolls and multiple layers of intriguing sounds. One of the last tracks was “Imagination” from Olympia, an exceptional ending to an exceptional weekend at Potbelly’s.

Hippie Sabotage – “Able to See Me”

Gorgon City, DRAMA – “Nobody” (From Olympia)

Selace – “So Hooked On Your Lovin (Gorgon City Remix)”

*these setlists are rough outlines of each artist’s performance.

Did you attend Hippie Sabotage or Gorgon City at Potbelly’s? Swipe up to comment below and let us know your favorite moment of the concert!