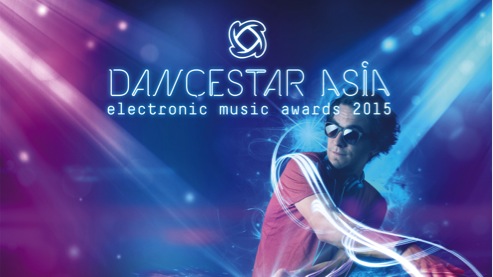 HONG KONG: Dubbed as the event that brings the global EDM industry together as one, GroupM – the world’s largest global media investment operation- recently announced a new partnership with Dancestar Ventures to bring the Electronic Music Awards Show to Asia and other television markets worldwide.

The first project of the partnership is Dancestar Asia, which will be developed for TV distribution in the region and celebrated as the achievement of Asian and International DJ’s and artists. The show will take place in Singapore sometime in Dec. 2015. The award ceremony will be a two hour event, featuring 21 categories of achievement from “Best DJ” and “Best Event,” through “Best Remix” and “Best Social Media Campaign,” along with many other award categories.

Winners will be decided by public voting via several major social media channels across the region, which will be announced shortly. Dancestar Asia will also feature 12 live performance collaborations from global artists in what is expected to be an epic night of music showcasing the best of the exploding EDM scene in Asia.

“Dancestar is back and we are delighted to be partnering with GroupM to bring this show to Singapore in 2015,” Andy Ruffell, founder and CEO of Dancestar, explains. “EDM is now a $4 billion global industry with DJ’s earning $20 -40 million a year and Asia is primed for an electronic music explosion. We are developing the Dancestar Awards Show Platform as a series of market specific televised events in Las Vegas, London and Singapore. GroupM provides unrivaled expertise that will enable us to bring electronic music culture and global brands together on TV”.

Josh Black, CEO of GroupM Content APAC, adds, “We are delighted to be working with Andy and his team at Dancestar Ventures. The EDM industry is exploding and we jumped at the opportunity to be a part of the Dancestar Asia Awards Show and the other projects around the globe. Our team at GroupM Content will be helping Dancestar, drive a range of commercial opportunities from partnerships through licensing, to broadcast and content distribution.”

GroupM serves as the parent company to WPP media agencies, which includes Maxus, MEC, Mediacom, Mindshare, and Xaxis. According to RECMA, GroupM manages $105 billion in media invested by its clients.

Dancestar was created by Andy Ruffell, a veteran of the EDM industry, and was last held in 2004 in Miami. It has been credited as the largest televised EDM event in history, with the broadcast reaching 54 countries. The organizers are relaunching the TV format in 2015/2016 with events scheduled in Asia, Latin America, the Middle East, the United States, and Europe.