31 Jan Give in to Ultra Miami’s RESISTANCE 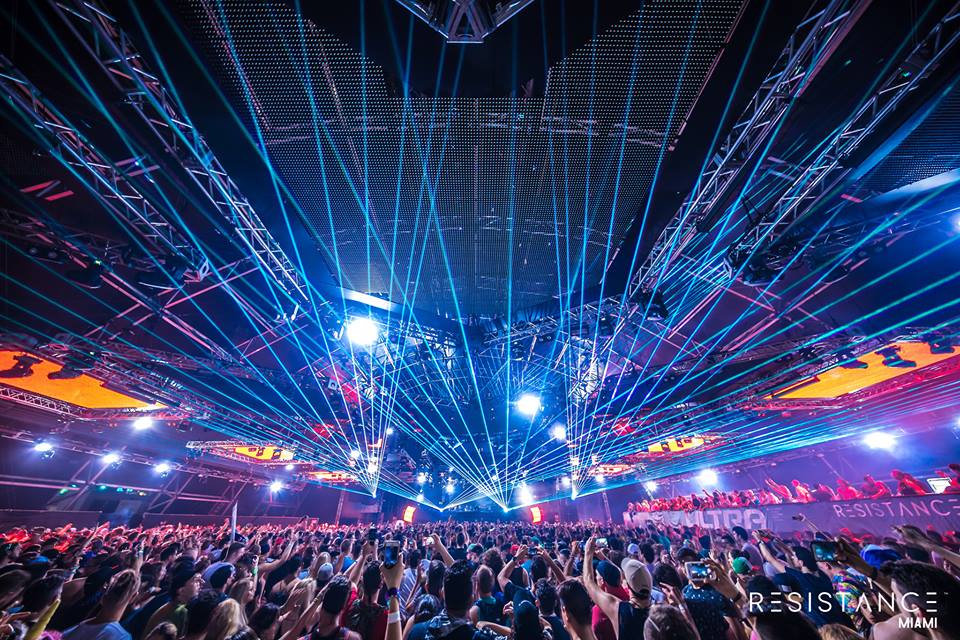 If you haven’t locked in plans to be at Miami Music Week this year, take my advice and save the date.  This year, March 23rd, 24th, and 25th ring in Ultra Music Festival’s 20th anniversary, meaning Ultra is going to take everything you thought you knew about partying and point a flamethrower at it.  One indication is the incredible RESISTANCE Miami lineup that has just been released.  Take a look: 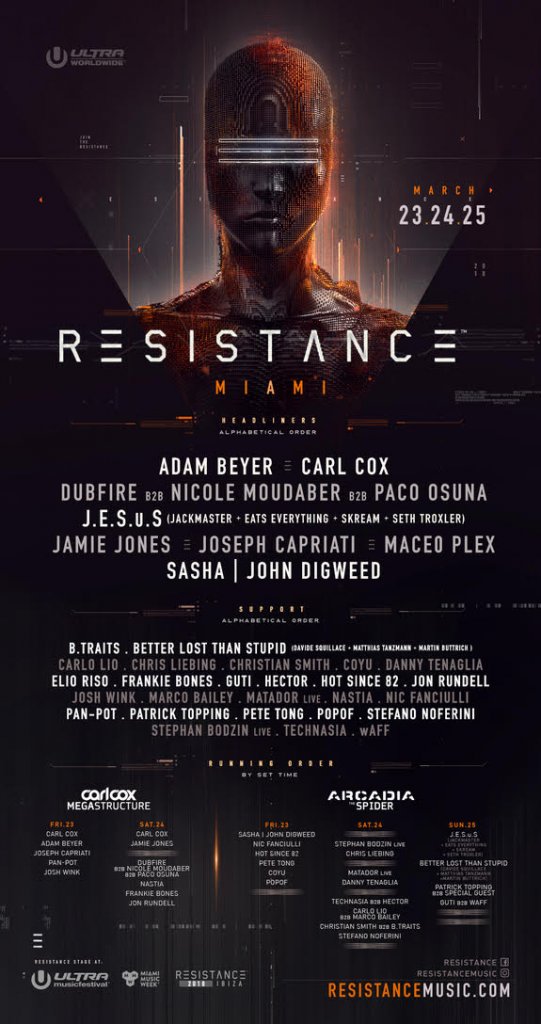 First of all, how often do you encounter J.E.S.u.S on a lineup?  You won’t even realize how much you needed them until you find yourself at their performance, immersed in their miraculous magic.  Performing alongside J.E.S.u.S will be massive names like Chris Liebing, Hot Since 82, and Sasha & John Digweed.  These artists will be among those hosted by Arcadia Spectacular’s fiery ‘Spider’ over the three days of the festival. 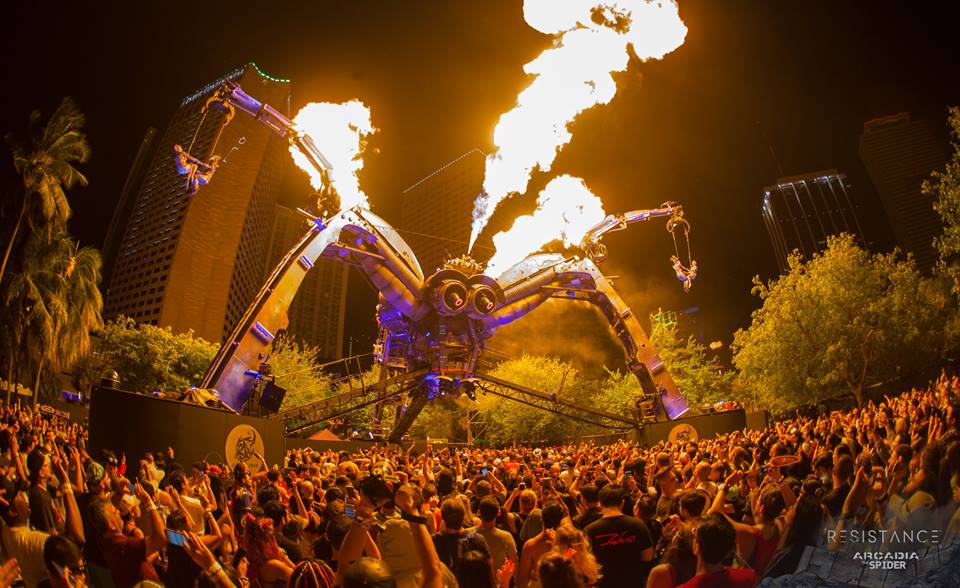 The other RESISTANCE stage, Carl Cox’s Megastructure, will host performances on the first two days of the festival.  The Megastructure’s lineup boasts another hoard of talent.  These artists include Adam Beyer, Jamie Jones, and what will surely be a killer b2b2b set with Dubfire, Nicole Moudaber, and Paco Osuna.  Two sets from the legend himself, Carl Cox, put the cherry on top.

Experience the worldwide concept of RESISTANCE

RESISTANCE Miami will take place as a part of Ultra Music Festival in Miami from March 23rd to 25th.  With 90% of tickets already sold, you’re not going to want to put off buying yours.  Get tickets here, and don’t miss what will be the most legendary party in Miami to date.

Let’s meet up at RESISTANCE Miami.  Swipe up to comment below and let me know if you’ll be there!