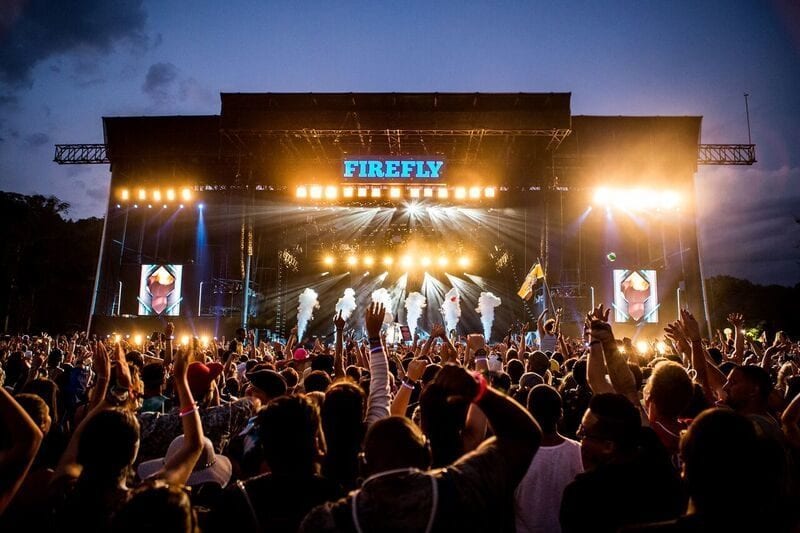 Firefly Music Festival, the east coast’s biggest music and camping festival, returns to the Woodlands of Dover, Delaware for its seventh year. The festival is boasting a killer lineup, carrying some very appealing names for their EDM fans. Being my first time attending and hearing friends rave about it, I am excited to see what Firefly’s all about.

Be ready for a bunch of schedule conflicts because this lineup is stacked. Going over names beforehand may give you some anxiety as you start to add artist after artist to your must-see list. Even Hermione Grainger with a time turner would have a hard time figuring this one out. Well done Firefly. 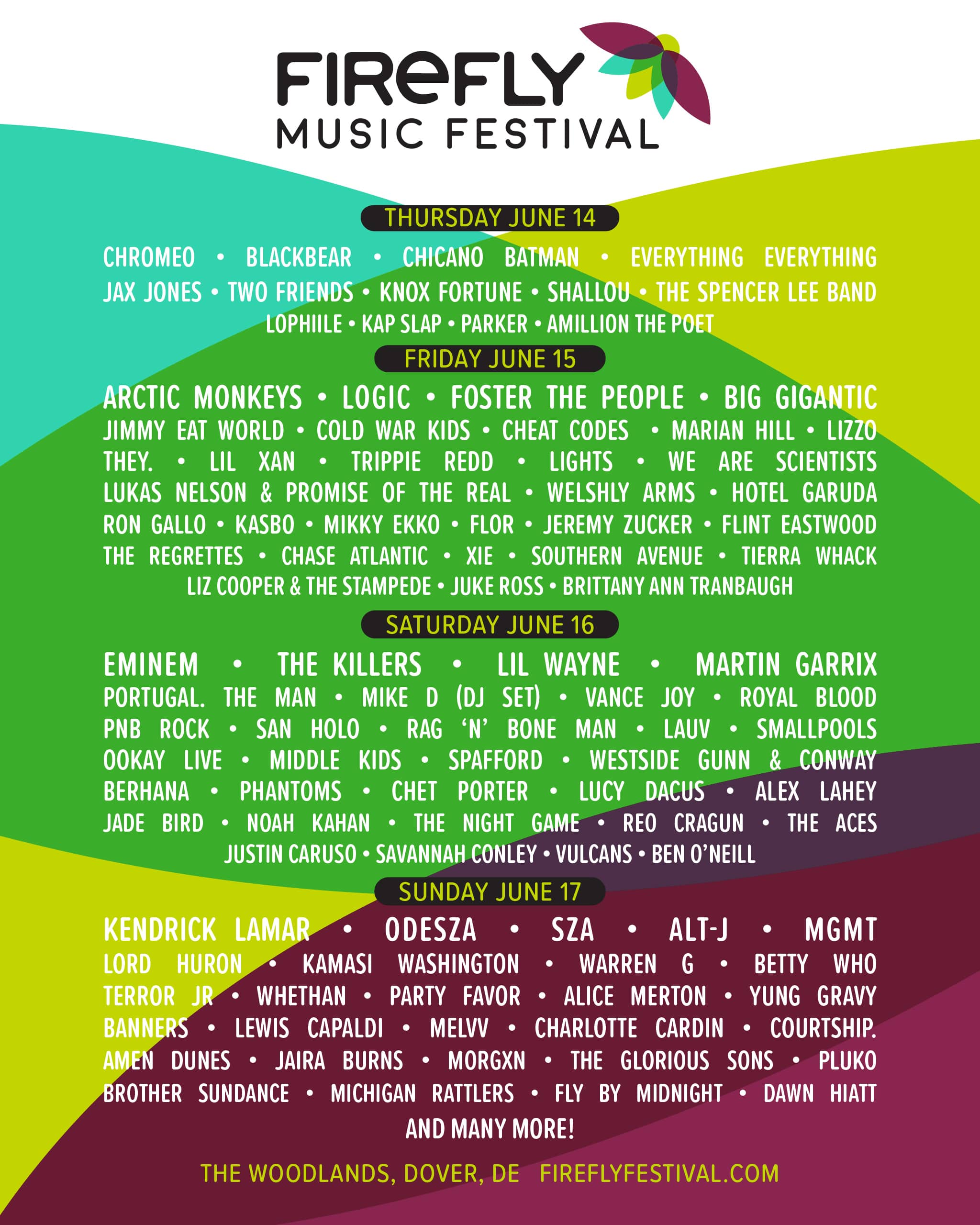 Outside the must-see, bigger names (Martin Garrix, Odesza, and Big Gigantic), there’s a dozen other artists you should add to your priority list. Check out a few below.

Helping kick off Firefly on Thursday, Jax Jones will put you in party mode for the rest of the festival. He is doing something different, combining the worlds of dance music and pop with songs like “You Don’t Know Me” and “Instruction” with Demi Lovato. His upbeat, happy house music paired with fire vocals is guaranteed to make anyone move.  Even if you’re not accustomed to shuffling, get ready to cut some shapes. I’m 100% packing my dancing shoes for this set. “What you gon’ do?”

This music video is too good not to share.

The party continues on Thursday with Spinnin’ Records’ Two Friends. This dance-pop, progressive house duo is known for their viral feel-good remixes and original singles. They often incorporate live instruments when mixing their songs giving their sound a playful vibe. Two Friends also teases they have a bunch of new releases for 2018 (maybe dropping some new IDs to Firefly?). This is another set that’s going to keep you dancing into the weekend.

This guy looks familiar! Recently our April 2017 magazine cover feature, San Holo is making big waves in the electronic dance music scene. As an artist, he believes in working in sounds, not genres, which makes him capable of creating so many different types of music. His music has the power of carrying a lot of emotion and nostalgia, taking you back to the moments and feelings from a specific moment in your life. Get ready to bring all the feels and see San Holo on Saturday at Firefly.

These guys have been on my radar for awhile now, making some guest appearances in Dillon Francis’ snap chats. Not only is Phantoms good at making people laugh, but they definitely have a knack for producing awesome music too. With their funky house music and super fun live performances, this duo is definitely underrated in the dance music scene. Don’t make the mistake of missing them; catch Phantoms at Firefly on Saturday.

Whethan started playing in clubs before he was legally allowed entrance. At only age 18, he already has millions and millions of plays on Spotify and is also backed by dubstep king Skrillex. Each of Whethan’s songs revolves around future-bass characteristics on which he adds his fun, signature Whethan sounds and nuances. He has also put out songs with Flux Pavilion, Dua Lipa, and Elohim reaching fans from all over the spectrum. At Firefly, he will be taking the stage on Sunday. Don’t miss him!

What really makes festivals different from one another is their vibes and their overall experience. Firefly offers their own unique features that’ll leave you wanting to come back year after year.

If you want to sip on an iced latte while watching an artist play a live intimate set, head on over to the Coffee House; this is exactly what you will find. Enjoy a craft beer at The Brewery, Firefly’s on-site craft beer bar, or set up your hammock between two trees at the Nook to take a quick nap in between sets. Wander the Pathway at night and see the forest lit up with light installations. The festival will announce even more attractions and activities as the date approaches. 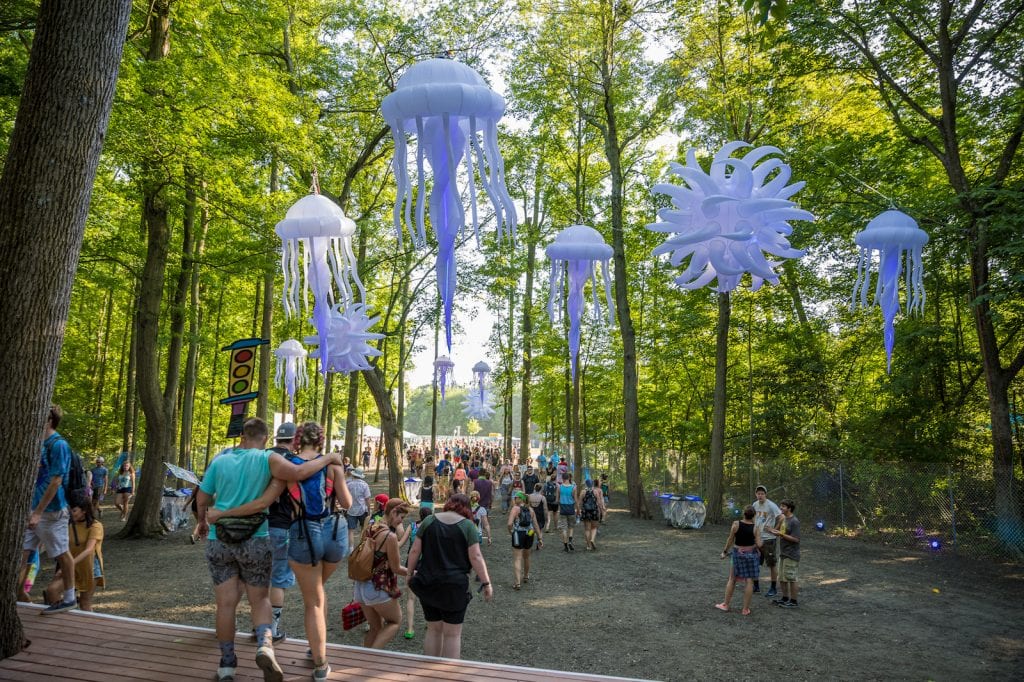 As always, Firefly has partnered with St. Jude Children’s Research Hospital and will donate proceeds to their Music Gives to St. Judes Kids program.

General Admission and VIP passes are on sale now. Be sure to check out the variety of different lodging options available too.

Join the Firefly fam and the fun in the Woodlands! Get your tickets here! Will you be there? Swipe up and let us know in the comments below!