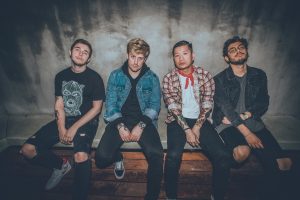 The 2018 EDC lineup is spectacular. Insomniac has built a strong reputation for putting on a great show year after year. With that kind of power, they continually are able to bring in the big guns to bless their stages. There are so many musical reasons to attend this year’s festival. Here are a few that really stand out that are not-so-obvious.

BORGEOUS is an act you must see for yourself. For the past few years, BORGEOUS has been showing off his skills in a way that’s very noticeable. The LA-based Platinum recording artist and DJ/producer has three Billboard Dance Radio Top 10’s, three Beatport #1’s and a #1 on the iTunes Dance Chart in 15 different countries. His sound has a way of luring you in and then capturing your attention like a hypnotist of beats. Not only are his originals on point, but he can also bang out some incredible remixes with ease. Keeping the party moving at a fast pace is what you’ll find at a BORGEOUS set, so be ready for the party to be jumping at his stage.

This trio from Montreal, Canada, comes with a show within a show. Many artists out there have gimmicks and wear helmets. That’s all fun and cool until you realize Black Tiger Sex Machine’s tiger helmets are set to visually light up and sync to the beat of the music. You’ll find yourself in awe and memorized as you watch their heads glow to the same bassline that you’re popping along with.

They have been on the scene since 2012 and have managed to splice sounds from old-school techno, classic rock, and 90’s hip-hop. They’ve released three EPs and an innumerable amount of remixes, collaborations, and singles to keep us all interested in their unique style. Ultra Records listed them as one of the Top 10 masked DJ acts in the industry. On top of their accolades, BTSM are also the brains behind Kannibalen Records, one of the top independent labels in the game and responsible for the careers of top artists like Snails. 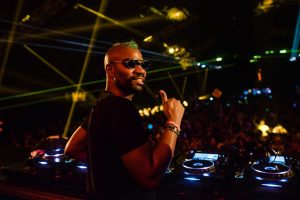 Green Velvet, has been known for at least two decades for his roots in the Chicago house sound. He is influenced by the sounds of science-fiction and video-games from back in the day. One of his most famous hits, “It’s Time for the Percolator,” was released under his previous moniker, Cajmere, and it still rocks the clubs today. In the last decade or so, Green Velvet has become a major act throughout Europe. His third album, Walk In Love, includes his signature house sound in addition to some pop and punk tracks, making him totally versatile with his craft.

Green Velvet’s continuous evolution over the many years in the business makes for a fresh and interesting show each and every time he pops back up on the scene. La La Land is just one more of his new fresh ideas and passion projects. The enigmatic DJ sporting neon green hair has curated a “stage within a stage” event. It’s a party brand. La La Land features some of the sickest techno and house DJ talents currently in the industry. The experience first debuted at Holy Ship! and then made waves during Miami Music Week. Make sure you get transported to his world as Green Velvet hopes to see you soon in La La Land.

EDC in all their sneaky glory has included a new supergroup, The Binches! The four names of this dynamic team include Ookay, Yultron, Kayzo and none other than Dotcom. If that name seems vaguely familiar it should. It is still heavily debated whether Marshmello and Dotcom are one and the same: American DJ Christopher Cornstock. Never 100% confirmed, the clues have led us to believe they are the same person. One major hint was a slip up by Skrillex during a past interview when he mistakenly referred to Marshmello as “Chris.” Whoever Dotcom claims to be, it is an awesome surprise to have him bless the stage once again and to do so with a mindblowing team alongside him. The even crazier thing is Marshmello is also listed separately in the lineup. Whether Dotcom and Marshmello are the same, you’ll get to see both that weekend.

Of all the headliners, the most important is you! EDC makes it clear that the show is all about us and “all are welcome.” Make sure you make your grand appearance at one of the greatest shows on earth. Even if the four highlighted here do not suit you, there are too many great acts to see that weekend. Click here to view the full lineup. I can’t wait to rock with you under the electric sky. Need tickets? Click here to get them before they sell out!

Do you have your ticket to dance under the electric sky from dusk to dawn? If so, swipe up to comment and tell me some of the must-see acts on your list this year!