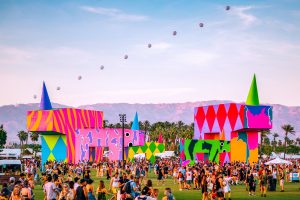 Can’t make Coachella this year? Well, that doesn’t mean you can’t be there. The festival is a two-weekend affair, the first being April 13- 15 and the second weekend being April 20-22, 2018. YouTube will broadcast the exclusive live stream during the first weekend on the festival’s YouTube Channel. The live streams will be available to watch on desktop, mobile, or TV.

The buzz surrounding Coachella this year is due to its featured performances. Last year’s event had planned to showcase Beyoncé, who had to postpone due to the birth of her twins, but this year the Queen is back! You can also catch performances by The Weeknd, ODESZA, Post Malone, The War on Drugs, Kygo, Chromeo, Alan Walker, alt-J and many more artists.

The coverage will be presented by T-Mobile in the U.S., Optus in Australia and Garnier in Canada. There will be four live stream channels displaying different stages. Options to customize your remote Coachella experience are available on Coachella.com or by logging into the mobile app. You will be able to create personalized viewing schedules, and the streams will automatically switch to play the channel of your preset lineup. There will also be a virtual reality channel with use of the Google Cardboard or Daydream View, in which viewers can experience on-the-ground coverage.

Do you own a Google Home? Excellent, because Google Home will serve as your personal concierge to the festivities. Voice-enabled commands will allow home viewers to easily discover music from this year’s performers, access live interviews or search crucial information such as set times throughout the weekend.

Would like to join in on Coachella’s amazing weekend? Until then, make sure you subscribe to Coachella’s YouTube channel and begin your countdown to the main event.

Join in the conversation. Swipe up and tell me who you most want to see this year at Coachella.