The tour will consist of stops in cities like Los Angeles, New York, Chicago and Denver. There will even be European and Australian dates to be announced soon on the itinerary.

Fans all over the world will get the opportunity to get a sneak preview of her Evasion album.

Comparable to live electronic acts like Bonobo, The Glitch Mob, and Gramatik, CloZee explores sounds that aren’t familiar to all ears and converts them into a nice, sonic blend.

She talks about how the LP itself is very open and personal, being a culmination of her many unforgettable experiences of traveling the world without barriers.

“It invites the listeners to discover the richness of their own imagination thanks to the very different influences: a night in the streets of Tokyo, a dancer, a beach of Les Landes, a stormy evening in the mountains, the jungle of Costa Rica, the #MeToo movement, the Nevada desert…” said the composer.

The album itself touches on influences from every corner of the globe, with each track lending itself into a different cultural sound.

Catch a glimpse into the sounds that have shaped CloZee’s debut album Evasion during one of the stops of her upcoming tour and purchase tickets here. 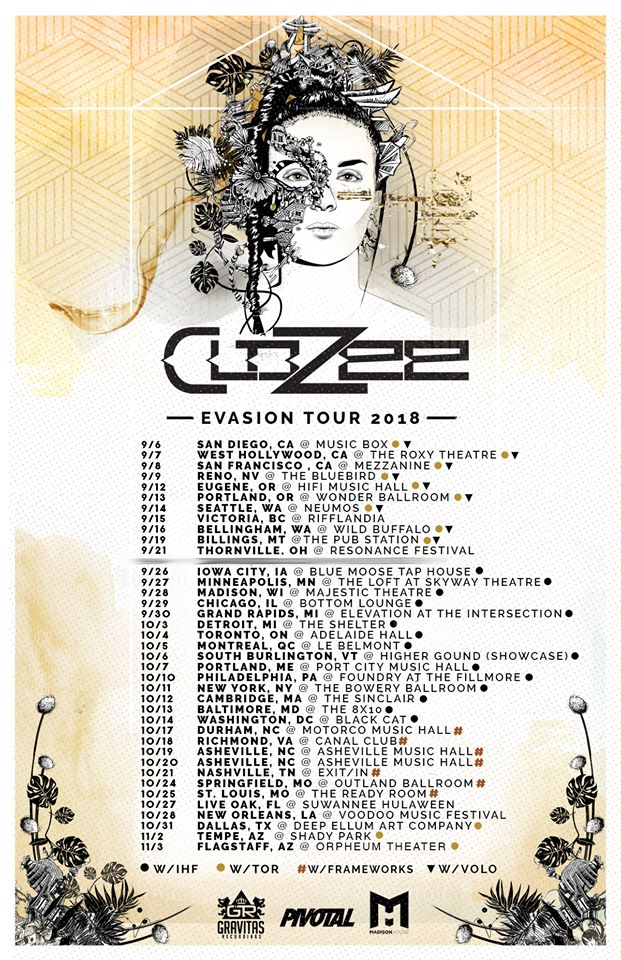 Have You Listened To CloZee’s Music Yet? Scroll Down Below And Let Us Know What You Think Of Her Unique Sound!