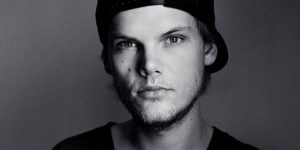 It has been a little over one month now since the world was rocked by the upsetting news of Tim Bergling aka Avicii’s death. “He was only 28,” is all anyone could express. The gravity of the situation whirled around the EDM community like black storm clouds encroaching upon a sunny day.

Now that the skies have parted and we’ve had the time to mourn the loss, we can reflect on the lessons his life represents for youth and young adults across the world. The announcement of Avicii’s passing on April 20, 2018, has provided the world the chance to have an open dialogue about suicide prevention.

Avicii was only 16 when the monster called fame entered his life. The fame monster is armed with a double-edged sword. Some celebrities thrive on the constant attention, and others sink in the public eye. Young adults, in general, are at a point in their lives where they face pressures, derived from many different forces, to become successful. Too many times the climb and maintenance of greatness come at a cost.

For example, working extreme hours at the expense of a social life can manifest physically in the form of anxiety, low self-esteem, frustration or substance abuse. In Avicii’s case, the added factors of fame, lack of privacy, a team who is relying solely on his success and constantly being bombarded by unwarranted opinions of strangers, were all key in understanding how a promising star’s story could end so early and tragically.

To further understand his pressures, Avicii, as the teenager, went from bedroom DJ phenomenon to quickly rising star. He was signed to his first record label by 16, by 18 he was touring. At 21 years of age, his breakthrough single, “Levels,” took over the radio waves around the world.

The Center for Disease Control and Prevention (CDC) reports that between the age of 10 and 24, approximately 157,000 individuals are treated in the Emergency Department for a self-inflicted wound, and 4,600 young lives are lost each year. Even more astonishing, in the United States, 16% of students reported seriously considering suicide. 13% reported creating a plan, and 8% reporting trying to take their own life within the 12 months of being surveyed.

If anyone has ever experienced the loss of a loved one to suicide, you know the depths of hurt it can cause. There are so many pressures placed on young people to compete for success. Many feel they cannot live up to expectations or demands, in addition to mental health and self-medicating through the use of drugs and alcohol. The age of social media, on top of the other factors, adds outsiders and their opinions into the mix of what can be a fragile or unstable situation. 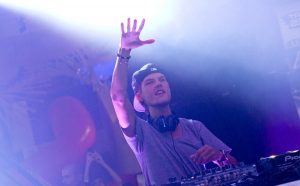 Signals that a young person may be imminently contemplating suicide include the following:

1) Thinking or talking about or threatening suicide (suicidal ideation), 2) seeking a way to kill oneself, 3) increased substance abuse, 4) feelings of purposelessness, anxiety, being trapped, or hopeless, 5) withdrawing from people and activities, and 6) expressing unusual anger, recklessness, or mood changes.

Avicii’s documentary, Avicii: True Stories, first premiered six months before his death. It was pulled from Netflix in America soon after his death. In conjunction with the documentary and his past interviews, these candid moments have given much insight into the signs that were present. Fans have begun recognizing that the EDM star was trying to draw attention to his fragile mental state.

Avicii was known for playing back to back shows in one night. He even played upward of 250 – 300 shows in a year. The intense schedule caused him to abruptly retire from performing live shows in 2016 at the age of 26. Even by this point, he had already played roughly 800 or more shows. The result was Avicii pouring out his frustrations in a heartfelt letter to fans explaining that he will no longer be performing live.

“To me, it was something I had to do for my health… This was obviously the hardest decision of my life so far. I can’t say I’m never going to have a show again. I just don’t think I’m going to go back to the touring life.”

Avicii had suffered from very public health problems. He had bouts of pancreatitis and had his gallbladder removed, in part due to excessive drinking and a fast-paced lifestyle. Avicii was cited as having a diet consisting of Red Bull, nicotine, and airport food.

“You are traveling around, you live in a suitcase, you get to this place, there’s free alcohol everywhere, it’s sort of weird if you don’t drink… I just got into a habit, because you rely on that encouragement and self-confidence you get from alcohol, and then you get dependent on it.”

In the documentary, Avicii went as far as stating he felt like he would succumb to death at the rate his career was going. Repeatedly he expressed a feeling of anxiety that had been affecting his state of mind.

“It’s been a very crazy journey. I started producing when I was 16. I started touring when I was 18. From that point on, I just jumped in 100 percent… When I look back on my life, I think: whoa, did I do that? It was the best time of my life in a sense. It came with a price – a lot of stress, a lot of anxiety for me.”

Feelings of Being Trapped

Avicii expressed his unhappiness with the idea of touring many times. He loved the music and his fans but not the limelight. His documentary paints a picture of management coercing him into performing more shows than he preferred. He also allowed his insecurities about succeeding to drive him to become burned out.

“The scene was not for me. It was not the shows and not the music. It was always the other stuff surrounding it that never came naturally to me. All the other parts of being an artist. I’m more of an introverted person in general.”

“When I decided to stop [touring]… I expected support, particularly considering everything I have been through. I have been very open with everyone I work with and everyone who knows me. Everyone knows that I’ve had anxiety and that I have tried. I did not expect that people would try to pressure me into doing more gigs. They have seen how ill I have felt by doing it, but I had a lot of push-back when I wanted to stop doing gigs.”

There are no explicit details divulging the artist having expressed thoughts of self-harm, but the family had expressed in hindsight that, “He really struggled with thoughts about Meaning, Life, Happiness… He wanted to find peace. Tim was not made for the business machine he found himself in; he was a sensitive guy who loved his fans but shunned the spotlight.”

These were Avicii quotes strung together to create a visual of his turbulent struggles. We all stress, and some are more equipped than others to manage the stress. Just know you are never alone. Avicii may not have been heard during his time of need, but if you are struggling, just know that you can be heard.

If you need help or someone to talk to, please don’t hesitate to speak to a therapist or call the Suicide Prevention Lifeline at 1-800-273-TALK (8255).