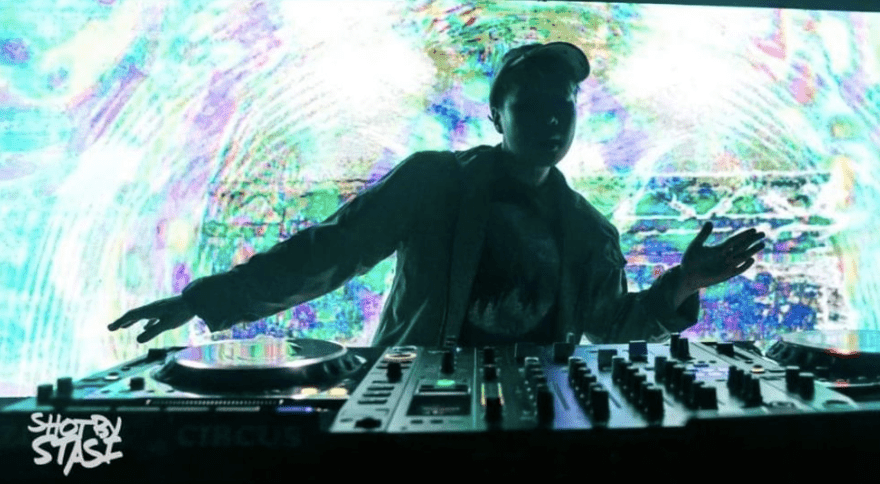 MeSo is one of the fastest-rising artists in the underground electronic music scene. With roots in both house music and bass music, he is known for his eclectic and unforgettable live sets and wonky mixes. MeSo is also the brainchild behind Spicy Bois, a bass music collective full of rich personalities and hip-hop influenced bass music. I recently had a chance to chat with MeSo about his career thus far.

The city where you reside, Chicago, has a rich music history. How has the city influenced your creative process and your outlook on the music industry?

Chicago has been a blessing in regard to musical influences for me. Chicago definitely has one of the most diverse and rich music scenes, but I think everyone that resides in Chicago can agree that house music and hip-hop are the biggest music genres that are relevant in this city. These two genres initially helped me shape the kind of music “MeSo” represents and is still apparent in my sets/productions. I’ve been able to attend many shows of different genres run by many different promotion companies that Chicago has to offer and with this opportunity, I’ve been able to see and be involved with how the music industry generally functions.

How did you originally get into creating your own original electronic music?

I originally got into making my own electronic music all thanks to a rising Chicago rapper by the name “Heffy” who was initially a trap producer under cream collective and label releases on Daruma. We used to hang out all the time and he helped start me off by showing me how to create trap music.

Your song “Fleeek” with Cnopes is a very gritty, raw-sounding song. How were you able to keep your bass so dynamic yet hard-hitting throughout this track?

The basses used in “Fleeek” were originally created by Cnopes. I added distortion/saturation along with proper EQing and compression to help me keep everything leveled.

As the founder of Spicy Bois, one of the most exciting bass music collectives in the scene, what were you trying to achieve when putting it together? What are your specific short-term goals for the Spicy Bois movement?

I originally made Spicy Bois with a goal to offer talented artists a platform where they could share their music and be heard. A short term goal for 2020 is to be able to curate Spicy Bois takeovers or even stages for the upcoming festival season.

What were three strategies you used to build up your presence on social media platforms? How do your strategies differ for each platform?

Honestly, I didn’t do much on social media and I still don’t do too much. I tend to keep posts short and simple.

The flow of many of your songs, including “Blacklist (feat. SPADES)”, “Sakura (feat. Sozen)”, and “Spooky Dooky” are comparable to that of hip-hop records. In what way has the hip-hop genre influenced your music? Going past your music – in what way have famous hip-hop collectives influenced your approach to Spicy Bois, if at all?

As mentioned earlier, hip-hop had a big influence on my music. There’s just something about hip hop style drums that I find really groovy. However, I can’t really say that hip hop collectives have influenced the way Spicy Bois operates.

Although it is one of your earlier tracks, your remix is Elohim’s “Eclipse” is very popular. How did you manage to mix Elohim’s soft, soothing voice into such a heavy track with commanding bass?

When I made the eclipse remix, I had no idea what I was doing. That was when I was still learning as a beginner. What helped me compose the structure of the track, being from Elohim’s soft voice to a bass drop, was the use of looping.

I think one of the main ways Spicy Bois are different from other collectives is the goofiness that is portrayed amongst members of the collective. We’re all funny and weird producers which helps form an unexplainable bond with each other.

Your track “Kodak Chicken” flips the song “Gonna Make You Sweat (Everybody Dance Now)” in a very unique way. Where did you get the initial idea to use this “everybody dance now” vocal sample on a bass track? How did you create such a strong presence on this track from start to finish?

So something that I think helps with crowd control is sound that is familiar with everyone. That’s what I was searching for when the vocals “everybody dance now” popped up into my head. This track was the first time I produced at the 50bpm range which is a style of production that I love to make.

You have your Xbox gamer tag, “mesodizzy”, listed on your SoundCloud page. How often do you get requests to play with fans? What are your favorite video games to play? What parallels do you see between electronic music culture and the world of gaming, if any?

I’ll get a few requests a day on Xbox from fans. I’m currently playing the new “Call of Duty: Modern Warfare” and I’m not sure if there’s a parallel between EDM culture and video gaming, but I do know many other producers out there happen to enjoy video games.

You employ scratching in your live sets. Is your decision to scratch over a particular song spontaneous, or something you plan out in advance? What makes a track worthy of being scratched over?

Scratching in my live sets is definitely spontaneous. What determines if a track should be scratched over is the feeling you get from the groove/bpm of the track and if there is enough space in the track to add the frequencies emitted from scratching.

What elements of your music do you think set you apart from the rest of the underground bass music scene?

I think one of the main elements that originally set me apart was the usage of hip-hop, house, and bass within a single track along with the usage of uncommon BPMs.

You recently remixed Conrank’s “Drum In Time”. How did the opportunity to remix this track come about? How did you intend for your remix to differ from the original?

So Conrank had reached out to me out of nowhere asking for a remix to “Drum In Time”. I intended to keep the remix different from the original by putting a hard-hitting sustain as the main lead.

Take me through your sound design process. How much do you utilize sound libraries, if at all? Is this a quick process, or something you might obsess over and re-visit? What are your favorite tools to use for sound design?

I generally try to create a new sound for each track I make which can either be a very quick process or a long one where I would need to revisit the sound the next day. My favorite tools for sound design is serum and post-processing fx.

When you’re not busy creating, which other artists do you listen to?

I love lo-fi beats, especially during long car rides. I also listen to a lot of tracks sent to me from friends and strangers.

Where in the world would you like to perform that you haven’t been to yet?

This place isn’t somewhere I haven’t been, but Summer Camp Music Festival is somewhere I’ve been wanting to play for a long time because it’s a home festival for me.

One of my favorite mixes of yours is your House Mix on SoundCloud. Would you consider creating more house mixes or even an entire house project? What inspired you to put out a house mix, despite the fact that you’re primarily a bass artist?

I actually entered EDM with house music and was DJing a lot of tech and deep house before I became MeSo. I’ll always have a love for house music and would definitely consider some more house projects somewhere along the road.

You have sampled rappers in the past such as Lil Pump and 21 Savage. Which other hip-hop artists would you like to sample in the future?

I actually just googled “hip-hop acapellas” and wasn’t looking for anything in particular. It’s risky to sample rappers at times due to copyrights.

If you could have any artist join Spicy Bois, who would it be and why?

If I could have anyone join Spicy Bois it would have to be ISOxo. He’s absolutely killing trap music with a touch of experimental sounds.

What do you have planned for 2020 in terms of both new releases and live shows?

I’ve got a few collabs I’m currently working on, but I am planning to create an EP afterward. As far as live sets go, I’m going to continue to share the sounds of the underground. 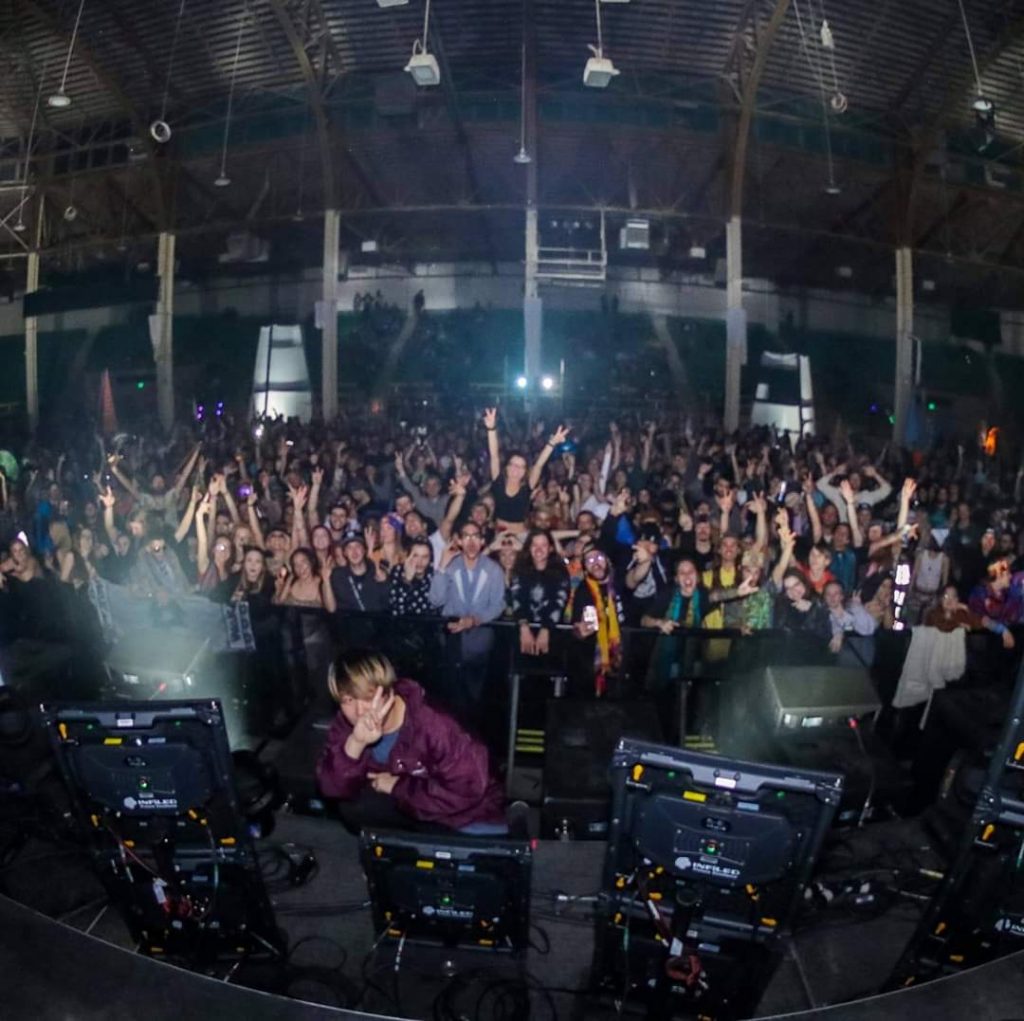 WHAT IS YOUR FAVORITE MESO TRACK? SWIPE UP TO COMMENT BELOW AND LET ME KNOW!