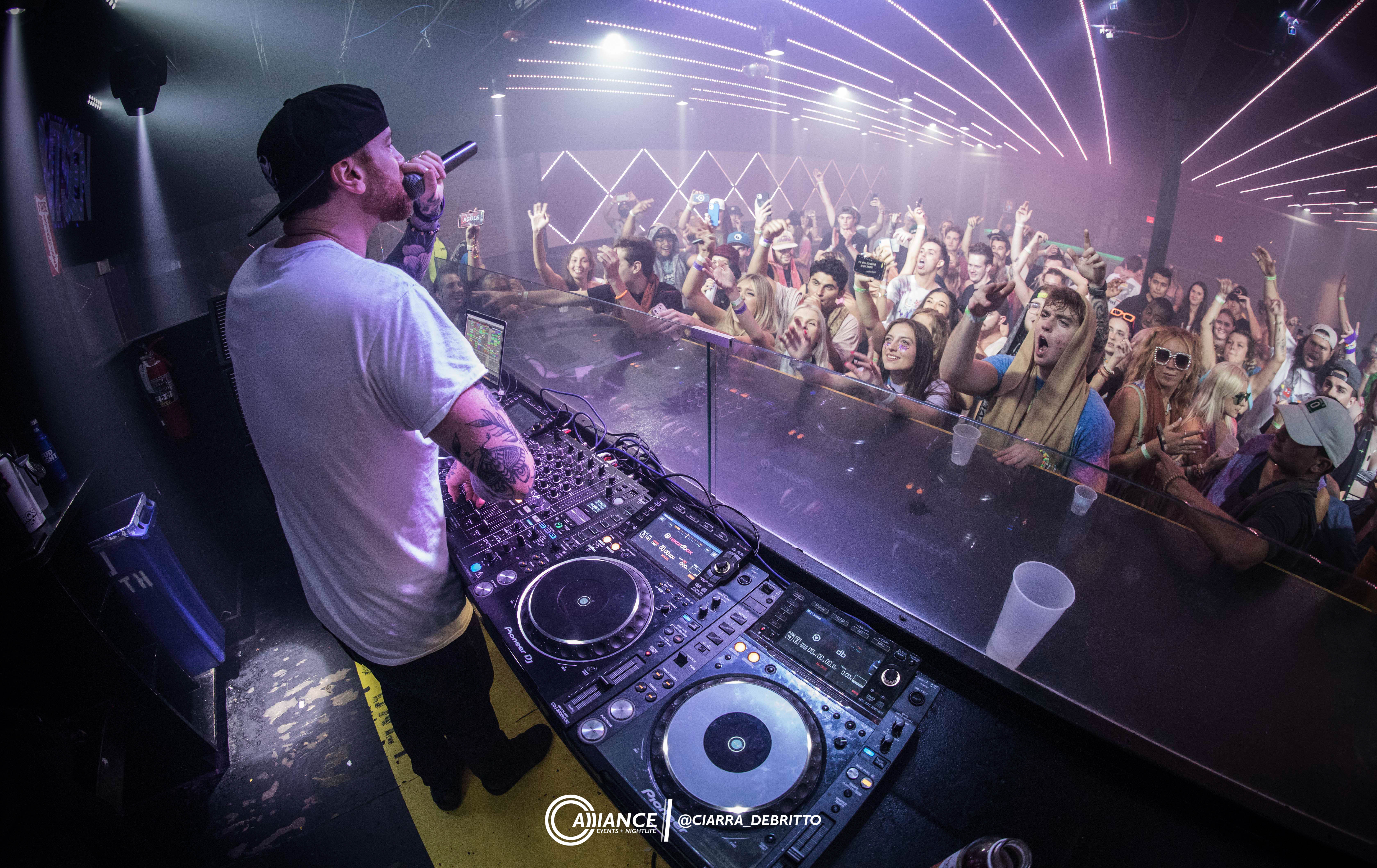 It was my first week back in Tallahassee after working at the Palm Tree Music festival, a venue in the Hamptons headlining Kygo. I was extremely excited to be seeing Jantsen and his group of openers, considering it was over a month since my last Tallahassee concert.

Soukii was the primary DJ, as the bass-heavy music fans poured into TENN Nightclub. Based on the attitudes and anticipation of the concertgoers, they were clearly die-hard Jantsen fanatics. Their eccentric outfits reflected that most of them had followed dubstep for a while. 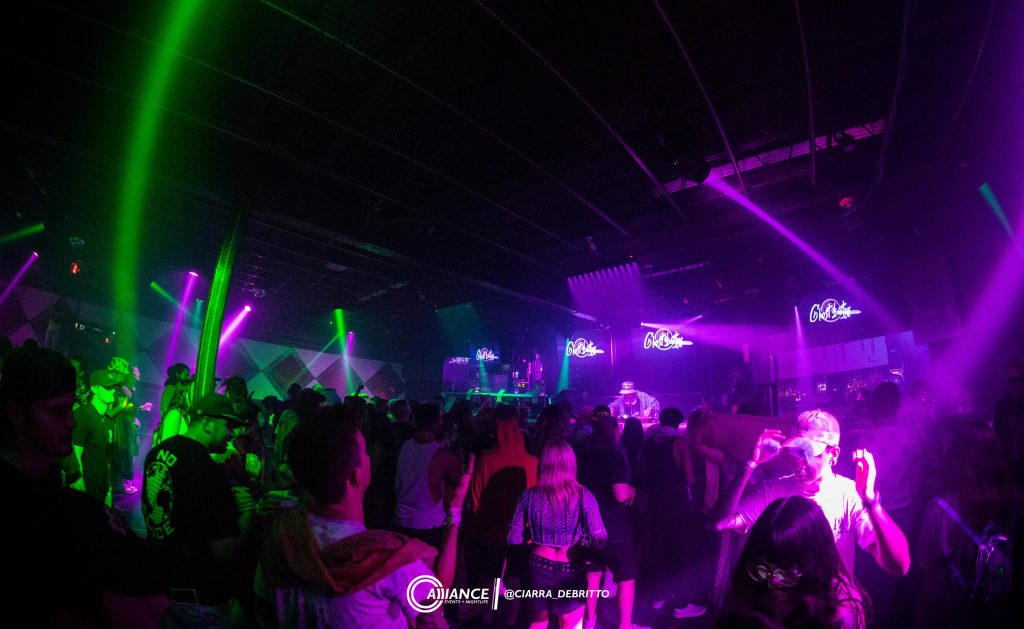 Avello was passed the torch next. He played a lot of melodic dubstep comparable to many of the tracks featured in the Dusk compilation of Excision’s Subsidia label. I enjoyed the way this would later contrast with the high pace bass of Jantsen’s set. It was a chill opening before the hurricane of emotions that Jantsen would supplement the crowd with.

The relaxing vibe was something you could nod your head to or jump up and down, depending on where your energy was at. We went outside for a quick breather, and it was nice to hear the faint echoes of melodic dubstep.

Around midnight is when Ghost Lotus came on. He announced to the crowd that he did not have a plan and was just going to run with it. Following this announcement, he played a wild remix of the Space Jam theme song.

It had a thunderous drop that caught the crowd completely off guard. Ghost Lotus also blessed the crowd when he played his unorthodox remix of “Get Busy” by Sean Paul. He progressively revved up the crowd, building our anticipation for the headliner. 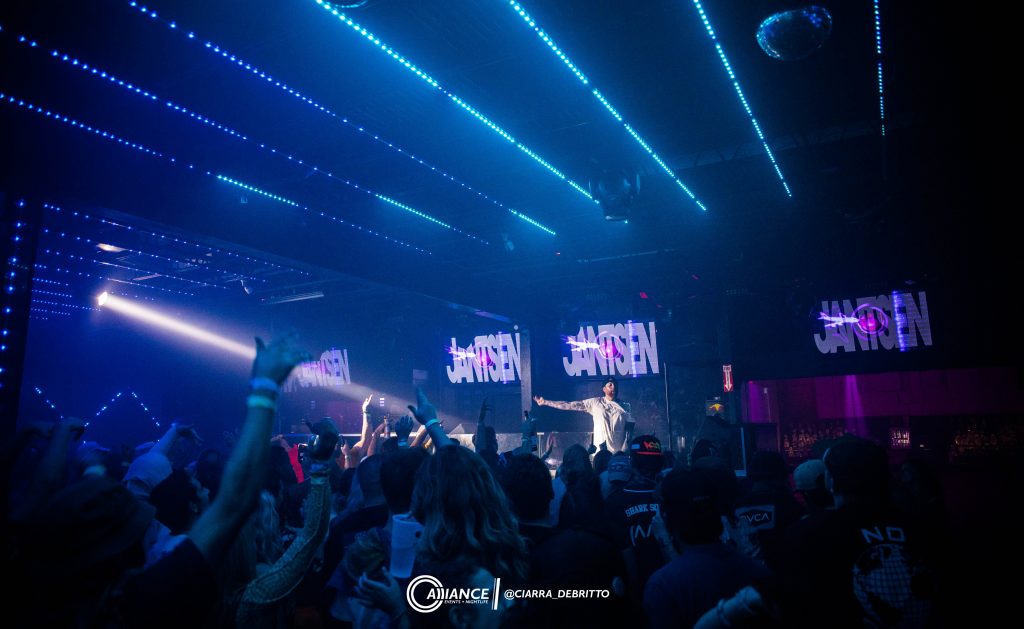 When Jantsen finally took the stage, a collection of cheers flooded the room. As I had suspected, it only took a few minutes for him to play “Burn Up the Floor”, his collab with GRiZ from the new Rainbow Brain album.

The ravers took the advice of the lyrics and tore up the floor with their shuffling and headbanging. Another highlight was when Jantsen played “Got Dat” a track he and fellow producer TVBOO forged together. The track’s buildup consists of intense rapping over resonating bass that increases in speed until the drop. The drop encompasses shattering wubs into a drumroll as “bass” is shouted repetitively.

The crowd roared when Jantsen mixed in a remix of “Reload” (by Sebastian Ingrosso and Tommy Trash, featuring John Martin). The beginning of the song was similar to the original; however, the drop was replaced by an assortment of heavy bass. Jantsen paid homage to DMX as well when he played “X Gon’ Give It to Ya”.

He somehow managed to make the classic rap track even more hype by adding a unique escalation during the first verse. My favorite track of the night was a hard-hitting bass house remix of “Renegade Master”. The combo of Jantsen’s original tracks and soul-shaking edits created a set that will give any dubstep fan a bad case of FOMO.

Have you seen Jantsen perform? Swipe up to comment below and let me know what you think of his live performances!