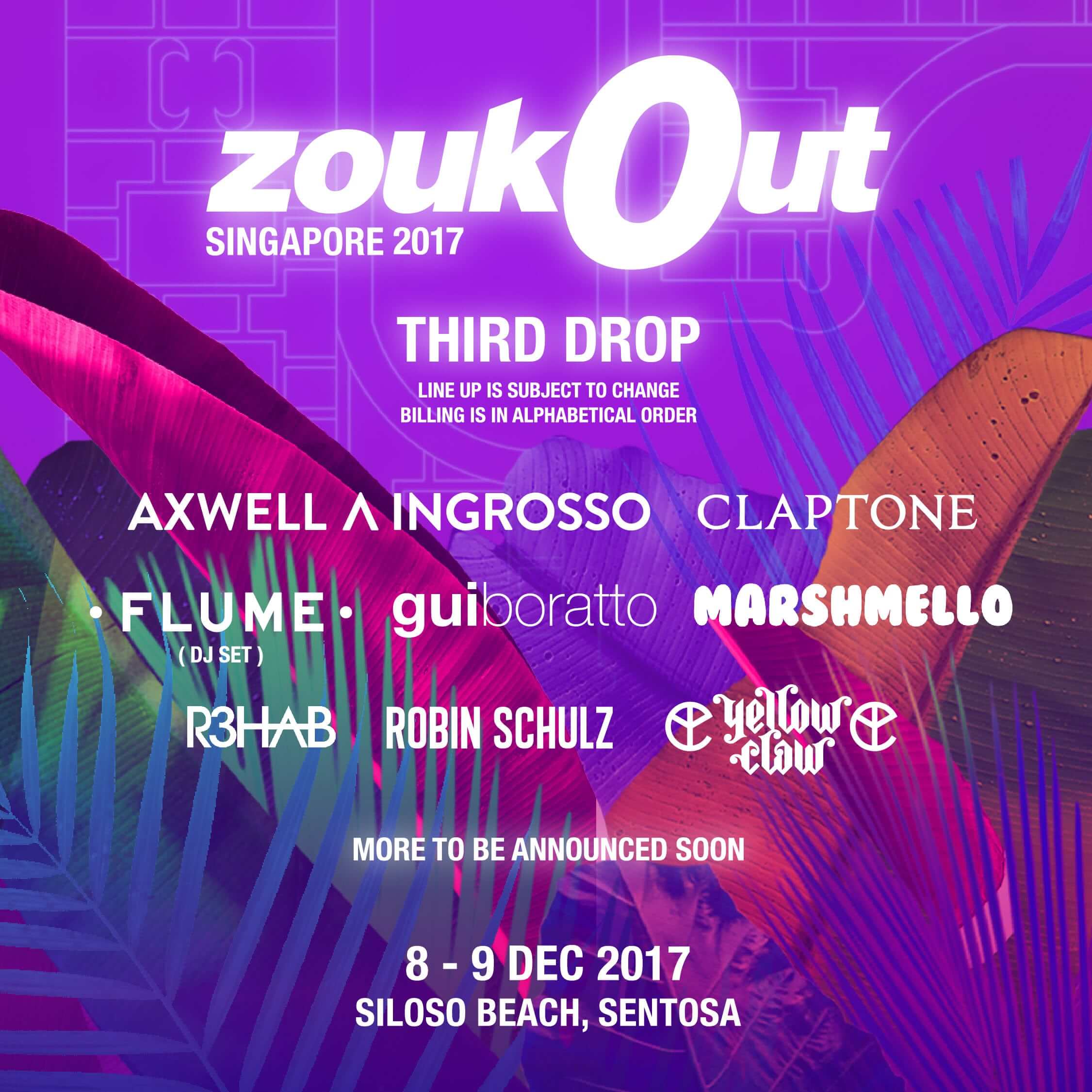 This adds to a lineup that already includes Flume, Marshmello, Robin Schulz, Claptone, and Gui Boratto. They are all performing at Asia’s largest beachfront festival and the only dusk-to-dawn dance festival in Asia with music going until 8am.

Zoukout is going down December 8th-9th on the famed Siloso Beach in Singapore. What do you guys think about this new lineup drop? Has it stacked up to be a solid fest? Comment down below and tell us what you think!