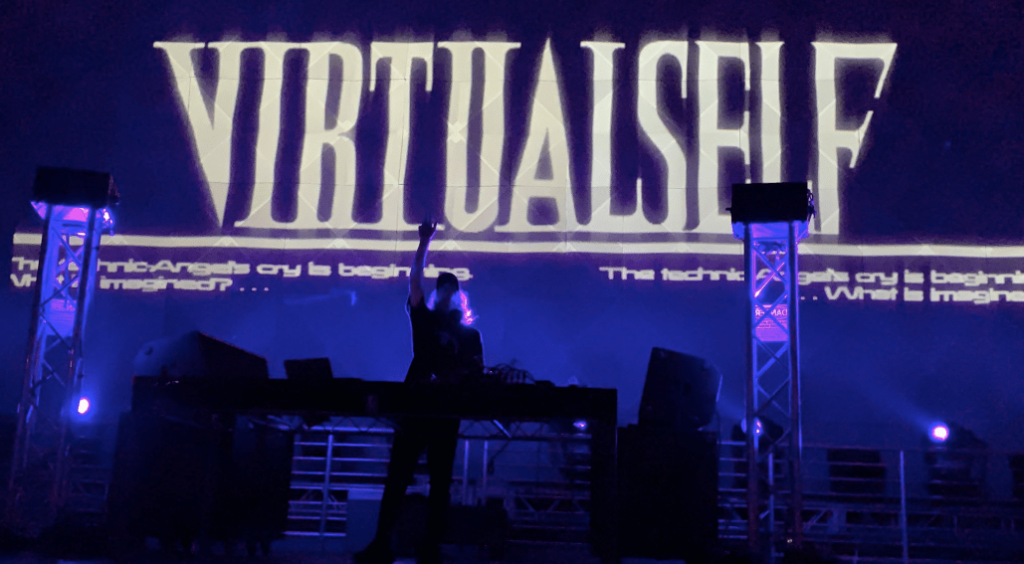 Few live performances can combine unique production elements with carefully curated music to create an introspective, life-altering environment. Virtual Self’s set, on June 23rd at the Brooklyn Mirage, did just that. The artist, also known as Porter Robinson, played for three and a half hours with the raucous NYC crowd in the palm of his hands for every waking second of the 210-minute affair.

The Brooklyn Mirage served as Virtual Self’s blank canvas for the evening. The venue allowed for production elements not normally seen during typical EDM shows. The venue felt as if it had as much of a presence as the artists on stage. The open-air space boasted four massive white walls lined with greenery which displayed insane projections once the sun went down at 8:30 pm. It was clear upon entering that this Clubsystem set would go beyond your ordinary rave.

UK duo Spektre was already vibing on stage when I arrived at the venue around 7:00 pm. The sun was still shining, so the full lighting and AV capabilities of this venue were not yet in use. Spektre’s diverse house set won over a techno-loving crowd. As their set progressed, the momentum of the crowd grew stronger. Although the people around me remarked that they were not too familiar with the duo, Spektre did a perfect job of warming up the crowd and setting the stage for the night that was to come. As Spektre left the stage, smoke machines were turned on and engulfed the entire space in a foggy haze.

Virtual Self, with his light blonde hair standing out amongst his otherwise all-black attire, then took the stage. This look seemed almost calculated, as it magically enhanced other production elements of the show as the evening progressed. Virtual Self played his hit, “Ghost Voices” about ten minutes in, and he would tease this song again throughout the set. He eventually played it once more toward the end of the night, but playing it at the beginning allowed him to explore other songs without the crowd becoming too restless.

This long set was truly a journey through sound. Virtual Self dropped everything from his own music, to old school techno, to hardstyle, and even added a bit of tropical house. While Virtual Self’s mixing and song selections were fantastic, it was when the sun finally went down that this show kicked into another gear.

With the NYC skyline behind him, projections appeared on every single wall of the venue. Later, laser beams were also introduced and were shot out from the back of the venue and from the stage. The production elements literally surrounded every attendee. This would have been completely disorienting if it weren’t so cool. The fast, neurotic elements of both the lighting and video projections complimented the frantic nature of Virtual Self’s music. This clever use of lighting and video imagery coupled with the diverse soundscapes made for one of the most innovative displays I have ever witnessed.

Around 11:30 pm, Virtual Self flashed his logo behind him for the final time and waved goodbye to his fans. The house lights slowly came up, and ravers began to disperse the Brooklyn Mirage to re-enter the harsh landscape of NYC. After attending this event, I cannot recommend going to a Virtual Self concert enough.  In addition, I must also give a ton of credit to the Brooklyn Mirage as it is truly a must-see venue. 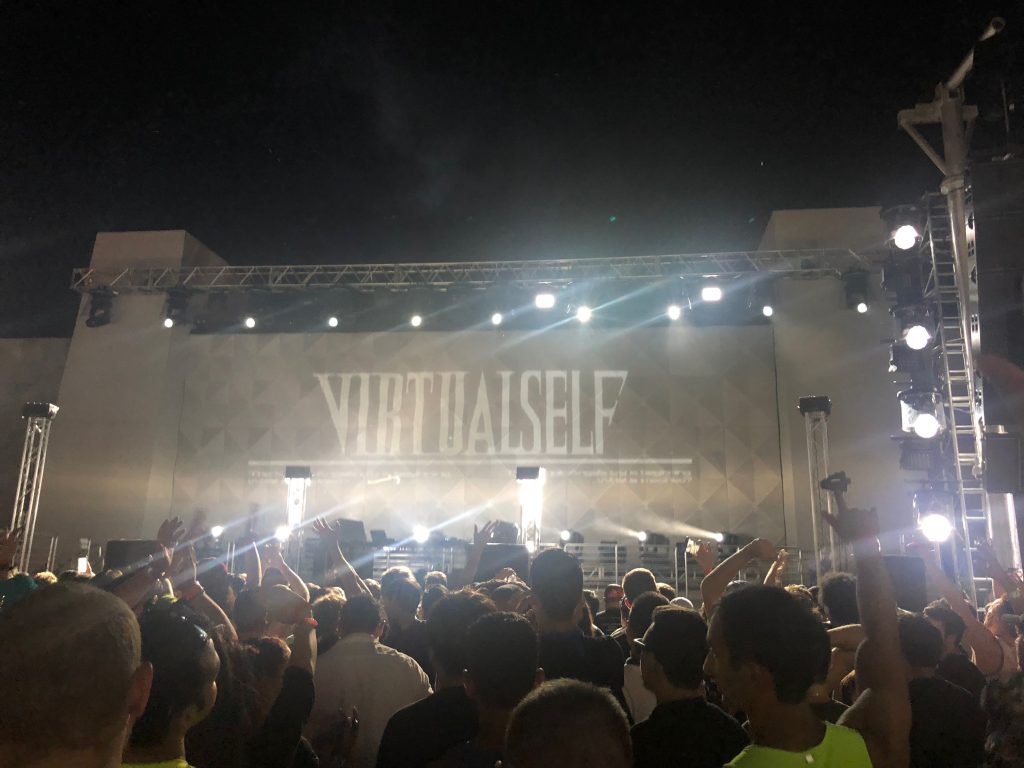 Did you attend Virtual Self’s Clubsystem set at the Brooklyn Mirage? Swipe up to comment below and let me know what your favorite part was!