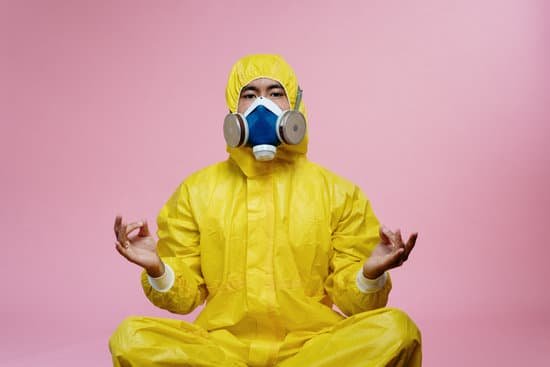 Details on United at Home in NYC

Have you heard about United at Home in NYC? It raised nearly $500,000 for COVID relief with David Guetta. For all the long-term and new David Guetta fans out there, this is truly why we love and adore this legendary DJ. David told CNN, “Since the beginning of [the pandemic] I was looking for an idea on how to give back” and give back he did.

Joining forces with New York Mayor de Blasio and First Lady Chirlane McCray, Guetta put on an unforgettable show. Through this show, he would come to raise over $450,000 for relief efforts. The “United at Home” live stream concert is a lively and uniting gift from Guetta featuring some of his classics as well as newer releases.

The event was advertised by Guetta as taking place in a secret location in NYC. When the time came on Saturday, May 30th we found him atop the skyscraper that is 30 Rockefeller Center in New York City. He set up the ultimate at-home dance party complete with strobes, fog machines, and lights.

It also included a mesmerizing view of the NYC skyline and Hudson River. Utilizing Zoom, Guetta promoted hashtags such as #UnitedAtHomeNYC, #StayHome, and #WithMe. He invited millions of fans to join and interact with him through these channels in the name of EDM, unity and giving back. 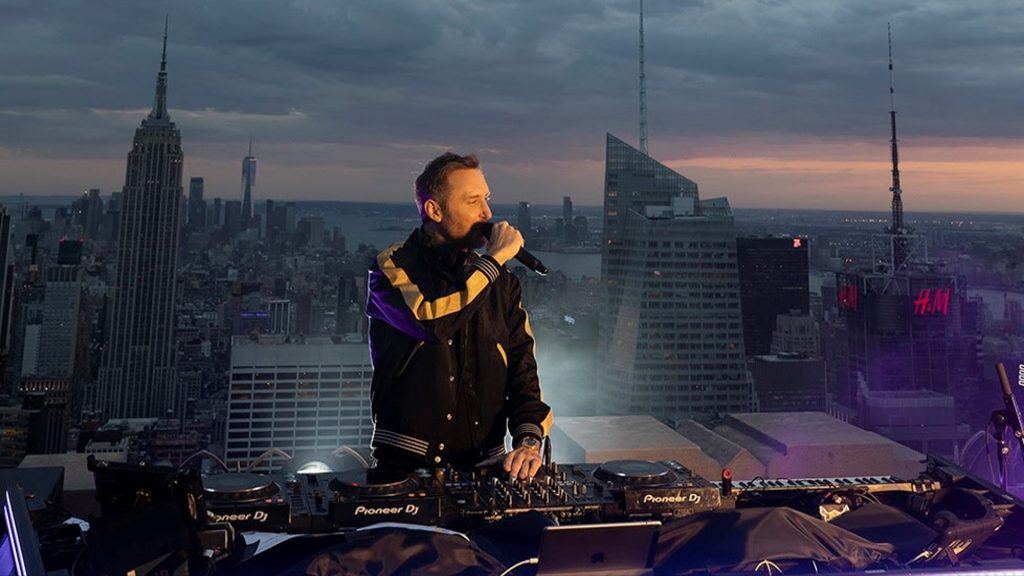 The Performance at 30 Rockefeller Center in New York City

One of Guetta’s great strengths as a DJ is that he is so interactive with the crowd and with his fans. Performing virtually is no exception to this. Guetta encourages not just the U.S. but the world to come together and donate to this relief effort. Throughout the event, Guetta sends shout outs to all corners of the globe.

Further, he encourages listeners to be safe while still remembering to party and have fun. In true Guetta fashion, he hyped up the crowd and got thousands dancing from the safety of their own homes. Guetta stayed closely connected with his fans with multiple screens set up in front of his DJ booth. This was so he could see and interact with fans participating via Zoom. Fans were also featured on a jumbotron in Time Square. 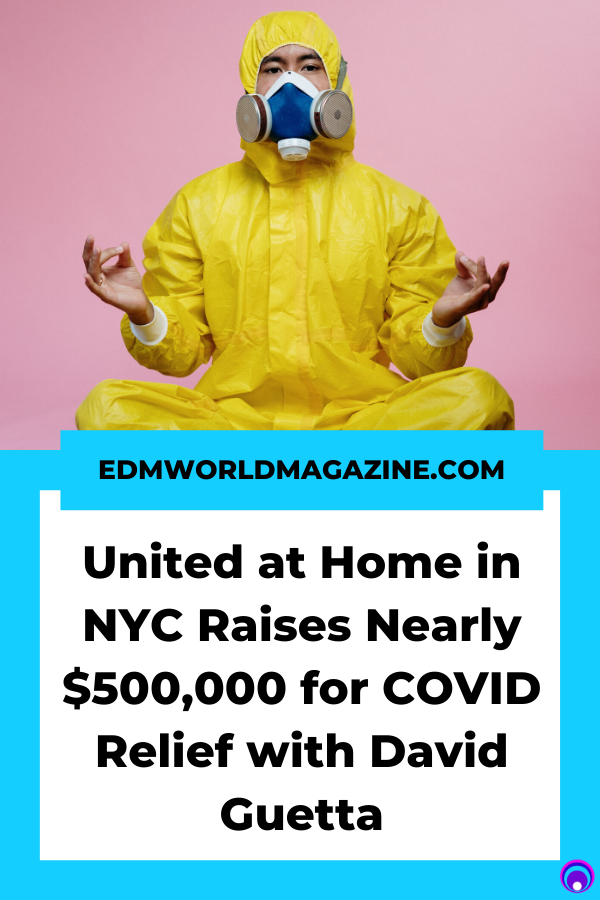 The United At Home is now legendary. No other DJ has raised nearly half a million dollars like David has. This all occurred in just two short hours. The concert raked in over 25 million viewers. This accomplishment speaks to Guetta’s massive worldwide following and fame. This isn’t all.

Just one month ago Guetta raised even more at a similar live stream concert in Miami. During the live stream, Guetta announced proceeds from any merchandise purchased on his artist website would also be donated to the cause. Over one million dollars in total was raised to support the Mayor’s Fund to Advance New York City and other COVID-19 relief charities.

You can donate through Guetta’s fund and take part in this unique experience. Click here to donate.

What do you think about Guetta’s efforts and what it means for the EDM community? Swipe up and let me know in the comments below!