There are so many top EDM festivals in the world. Most of them are as big as they are exciting.

The music and DJ lineup is usually what initially gets you to attend your first few EDM festivals.

What keeps you coming back for more is another story.

After passing through the festival gates, you quickly realize all the other magical and mystical elements they have to offer.

It’s now time to update your bucket list. Here are the top five largest and most exciting EDM festivals around the world to catch this year. 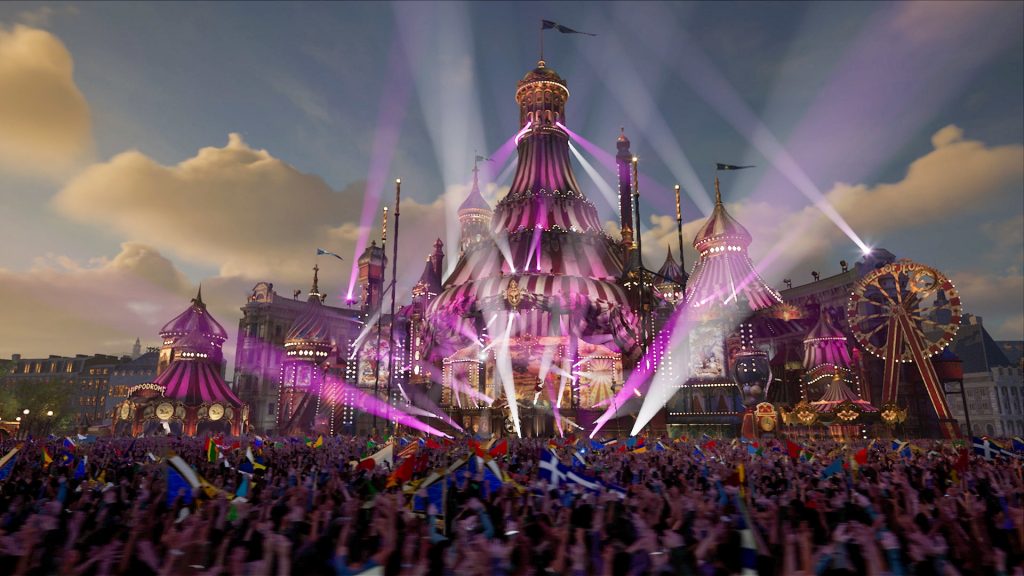 First on my list is Tomorrowland. In 2019, Tomorrowland saw its 400,000 tickets sell out in just 45 minutes. Two million people registered for a shot and most were disappointed. The lineup included David Guetta, Tiësto, Robin Schulz, Martin Garrix, and Alison Wonderland, among others.

The electronic dance music festival is held in Bloom, Belgium each year. What sets it apart from the rest is that it’s two weekends long! Each DJ usually plays the same set each weekend so there’s no benefit to going to one over the other. It allows for more people to attend this top music festival without it turning into feeling like you are squished into a sardine can.

This festival is well-known even among non-EDM fans and is probably already on most people’s bucket lists because of this.

According to Tomorrowland’s official website, the lineup will be announced soon so keep an eye out and a line open on your list. 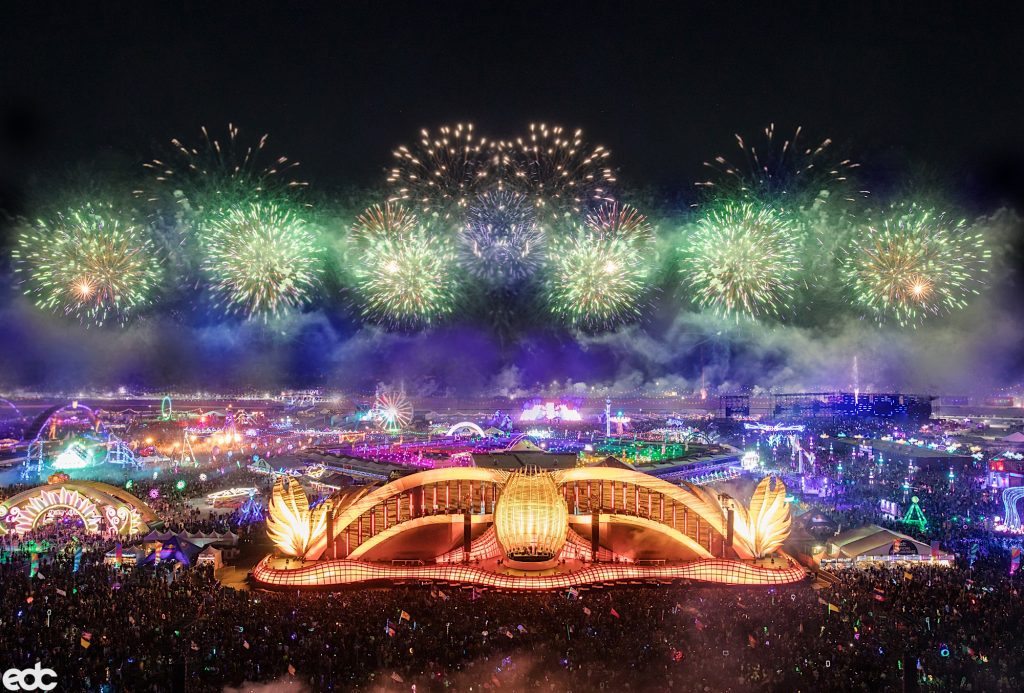 Next on my list is Electric Daisy Carnival in Las Vegas. The 3-day Electric Daisy Carnival welcomed nearly 225,000 attendees in 2019. It should be noted, that this was more than double the number from the previous year. Deadmau5, Diplo, Steve Aoki, and Armin Van Buuren are all artists featured year after year. It’s no wonder so many people flocked to the Las Vegas Motor Speedway.

The organizers, Insomniac Events, also promote their Charitable Giving Initiative each year. They contribute to children, law enforcement, education, sustainability, and self-harm reduction. The promoters go above and beyond to wow you as soon as you enter the speedway. From the incredible set designs to the bright lights, to the stage performers throughout the space, you are instantly transported into a different world. 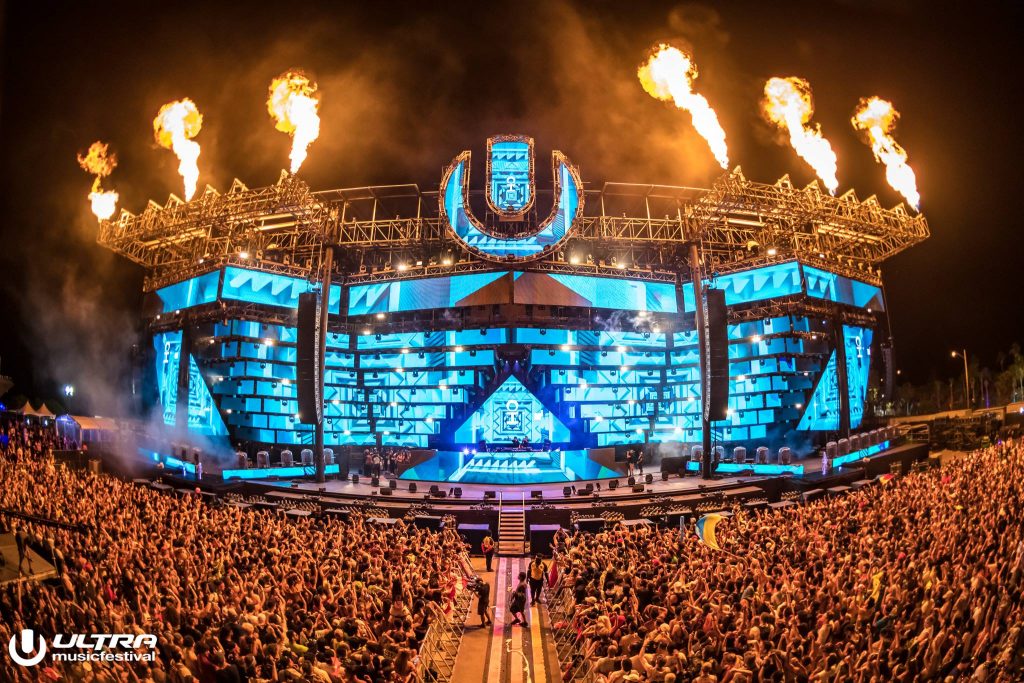 Next up is Ultra Music Festival. I’m a New Yorker so when I see this outdoor festival happens in March each year, my body has a visceral response to go to summer weather early. Ultra Music Festival is in beautiful sunny Miami, Florida. The weather there is forever warm and welcoming. In 2019, the electronic music festival stretched across three days. They had 170,000 people come to the barrier island of Virginia Keys to celebrate.

Afrojack, Alesso, Marshmello, Zedd, and Tiësto all played sets. Ultra was voted the World’s #1 Festival by DJ Mag three years in a row. This makes it an ideal festival to add to your list of future parties. They also have Ultra offshoots all around the world so if you can’t make it to the one in Miami, you can defiantly make it to one in a country closer to you for sure. 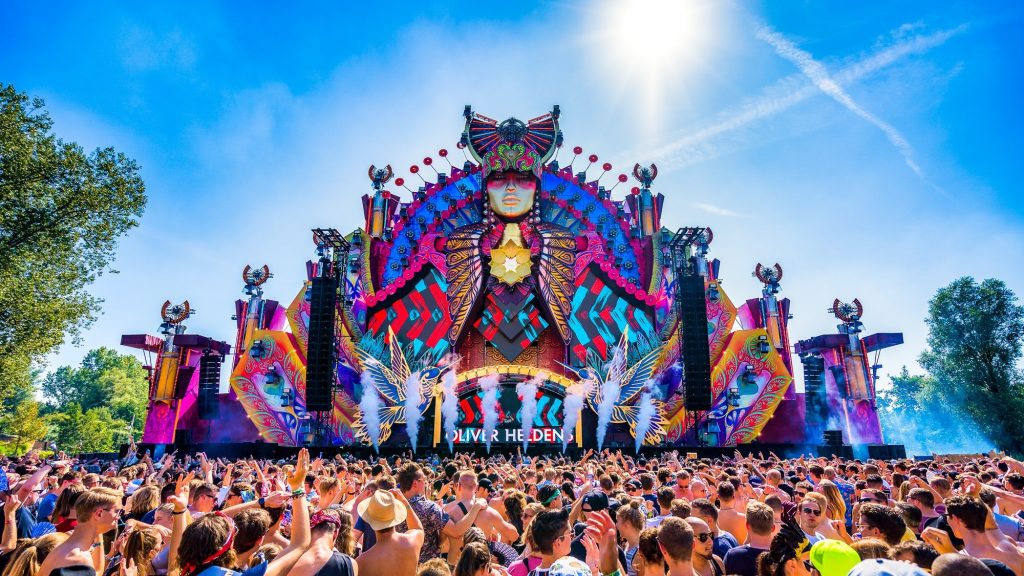 Mysteryland is the oldest dance music festival in the Netherlands. It’s in Floriade, Haarlemmermeer, and has been since 1993. Throughout the years, the who’s who of EDM have all made appearances, including Junkie XL, Paul van Dyke, Calvin Harris, and Avicii.

In 2019, 130,000 people attended with Martin Garrix and Diplo on the lineup as headliners. 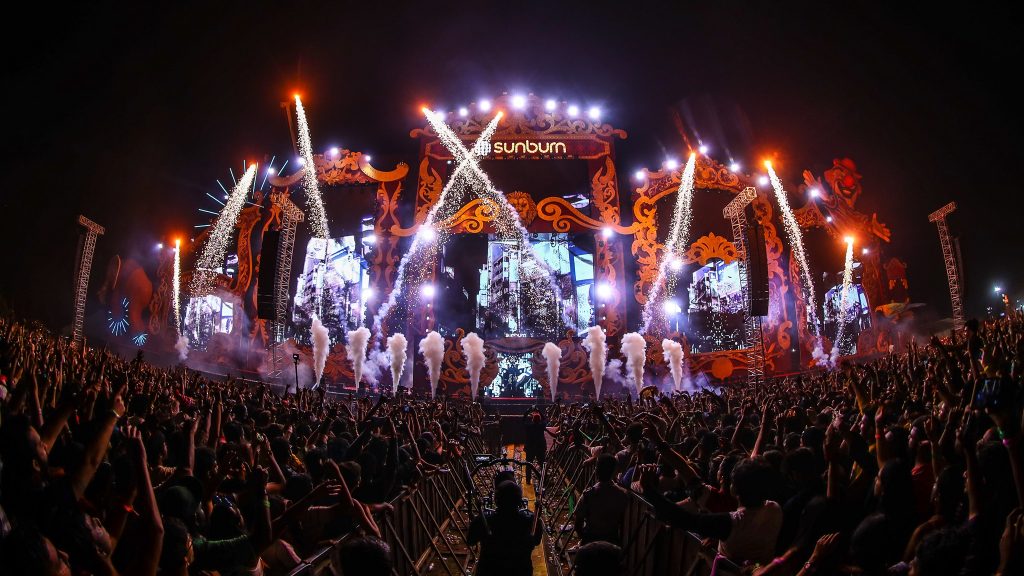 I’m a beach person but really, who isn’t? Obviously, beach time is a must on any bucket to-do list. Especially if it’s one of the biggest music festivals in the world. Sunburn Festival is located on the beaches of Vagator, Goa in India. It is Asia’s largest music festival. 350,000 people partied on Goa’s Vagator Beach in 2019. They enjoyed the music, cuisine, and shopping outlets.

Held in September, the festival hosted artists like DJ Snake, Dimitri Vegas, Like Mike, The Chainsmokers, and Flume. The festival is in one of the most beautiful corners of the country.

It’s worth checking out these show-stopping and epic top EDM festivals in the world. I wish you the best of luck checking these off your bucket list!

If you aren’t sure what to wear to these best raves in the world, click here to check out our super popular post on the topic!

Which EDM festivals are on the top of your list? Swipe up to tell me about your experience in the comments!