Posted at 12:00h in Video by Denice 0 Comments
0 Likes
Share 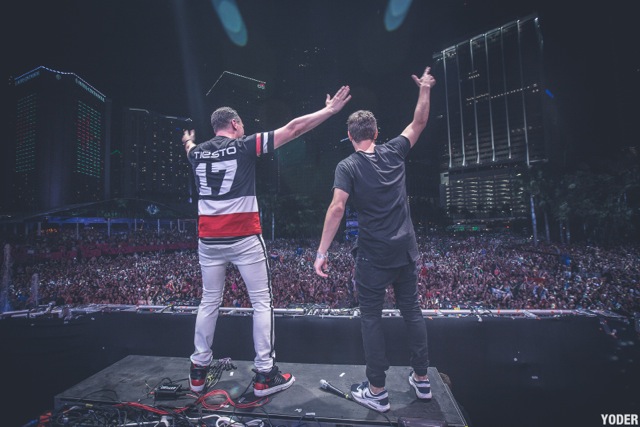 One of the highlights from this year’s Miami Music Week was the news that two of dance music’s biggest names, Martin Garrix and Tiesto, had joined forces on a groundbreaking new song. The song titled, “The Only Way is Up,” premiered live at Ultra Music Festival and will also appear in a new 7UP commercial.

Released on May 4, on Musical Freedom “The Only Way is Up,” is the festival season smash in which the title sums it all up. With Garrix, the young superstar on a meteoric rise to fame and Tiesto, the worldwide icon, joining forces, there’s nothing stopping them hence, “The Only Way is Up!”

“I’m a big fan of Martin’s music and his skills as a DJ and producer,” said Tiesto. “The creative process flowed naturally from the start and I’m very happy with how the song turned out. There’s a reason why Martin is one of the hottest artists on the planet right now.”

“The opportunity for me to work with my hero Tiësto was such an incredible experience. We really got to combine both of our visions on this track and the result is simply amazing. Couldn’t be more pleased with the end result,” said Garrix.

Check out the song and the video below and click here to purchase the track via Beatport. Also, be sure to check out the next issue of EDM World Magazine for an exclusive interview with Garrix and Tiesto.