13 Jul The Northern Nights Music Festival Kicks Off This Weekend 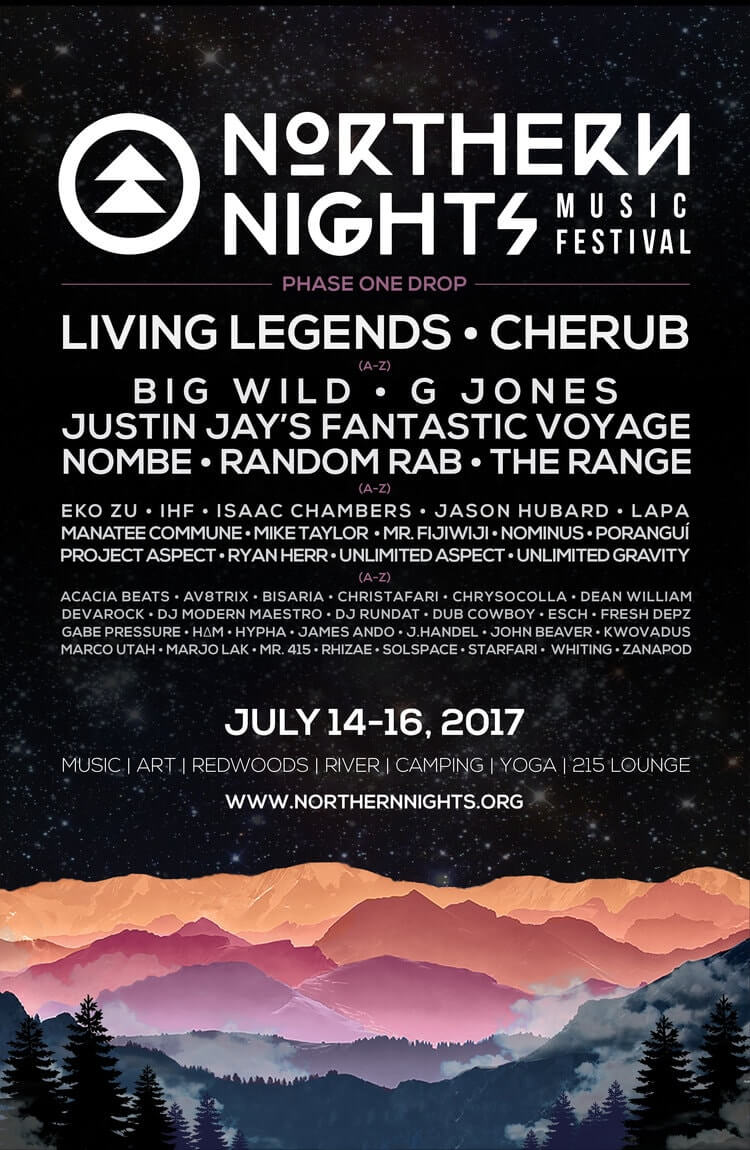 The Northern Nights Music Festival Kicks Off This Weekend

If you’re still scrolling sites for the hottest music festival to attend this weekend look no further than the 5th annual Northern Nights Music Festival.

The festival is gearing up to take over Cook’s Valley Campground which is just 3 hours north of SF starting tomorrow from the 14th to 16th. This weekend brings along the West Coast’s most notorious Hip Hop collective Living Legends, plus Jai Wolf, Big Wild, G Jones,  Dirtwire,Random Rab, Justin Jay’s Fantastic Voyage + 90 other amazing acts.

Check out last year’s festivities and get pumped this weekend as video’s, photo’s and press releases are up on this media partners page.

As one of the most coveted natural destinations in the nation, this location is set within the beautiful Redwood forest. Float down the river, practice yoga under shade of the redwoods and watch the sun set behind magnificent stage views. Adding to the experience is the West Coast’s biggest Silent Disco, a Cannabis-friendly 215-zone, farm-to-fest organic food vendors and so much more!

Witness NNMF 2017 in all its glory: if you’re interested in attending, please fill out media request form here.