05 May The Mystifying Oracle Is Waiting

Posted at 18:41h in News by Danielle 0 Comments
0 Likes
Share 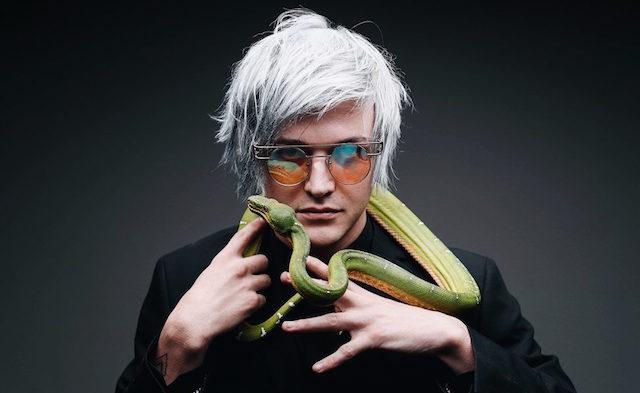 Ghastly is redefining dance music for all. The Arizona native really changed the game. His debut album, The Mystifying Oracle , is a masterpiece. Ghastly spent the last year writing this album through some of his happiest and darkest times, and he put every bit of those emotions into each song. When you are listening to the album that is very apparent.

To highlight a few songs out of the 13, “Black Mamba” is a bass house, gnarly track. Snakes are an obsession for Ghastly, and it was only right to create a song based on one of the deadliest creatures out there. Then you have “LSD” which is much different from the other songs on the album. Coincidentally, The Mystifying Oracle is titled with the beginning and the end of an ouija board. The number of tracks on this album land right on his favorite number, 13.

Fans are freaking out and wanting to shuffle until their shoes are on fire. It’s just a proud moment when you go to check out your favorite playlist on Spotify and you see the featured artist on it is no other than Ghastly. Now he’s on tour for The Mystifying Oracle. Playing shows all over the USA and Canada, the Oracle is waiting.

What is your favorite song on The Mystifying Oracle? Comment below and let us know!