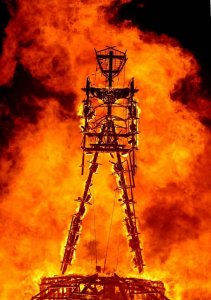 Burning Man has been an Oasis for music, art, fashion, and creativity since its founding in San Francisco since 1986. Each year, roughly 70,000 travel to the Black Rock Desert in Nevada to create a temporary city and watch the man burn. The annual festival features not only tons of live music, but also several art exhibitions and activities such as zip lining, BMX,  and performers. This year, some of the most amazing temporary spaces in its history have been created.

This year’s theme Radical Ritual has its roots in eastern religions and spirituality. Many can see that just by many of the buildings in this year’s city. 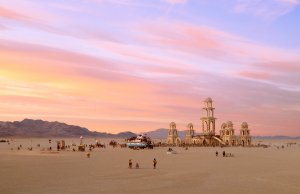 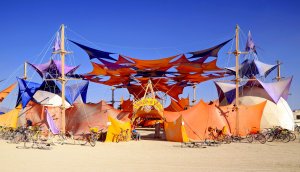 Some focus on quirkier flares of their own, such as this pink hearts camp and punk disco duck. 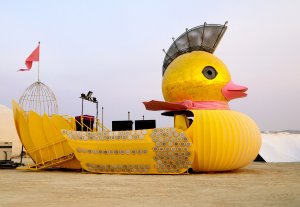 What are your thoughts? Let us know in the comments!