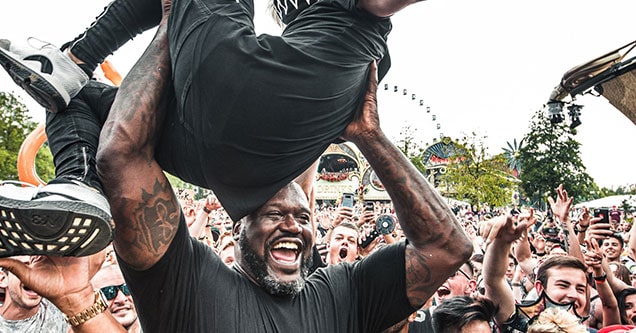 EDM is one of the most infectious genres in the world. In fact, some of its biggest fans are not exactly who you would expect. Read through this article to learn about ten celebrities who love to throw down to electronic music.

Shaq proves that PLUR comes in all shapes and sizes. A four-time NBA Champion, Shaq is a force both on the court and in the mosh pit. The former MVP award winner goes by the moniker DJ Diesel, and is in the midst of a 15-show tour called “Summer of Shaq.” If you missed the 7-footer getting rowdy at festivals like Tomorrowland and EDC, you can catch his b2b set with Borgore later this month at NYC’s Electric Zoo Festival.

The man who some consider to be the greatest Olympian of all time allegedly loves EDM. In a 2016 interview, Phelps mentioned that he listens to artists such as Skrillex, Afrojack, and Steve Aoki before going for a swim.

Virgil Abloh is one of the most innovative minds in the fashion industry, and he also brings the heat with unique DJ sets. Abloh’s hip-hop infused sets feature artists’ ranging from A$AP Rocky to DJ Koze. The Artistic Director of Louis Vuitton has performed at festivals such as Coachella and Virginia’s Something in the Water earlier this year.

Ireland’s own Kristian Nairn is a pretty interesting dude. In addition to playing Hodor on “Game of Thrones,” the recently-engaged actor has some impressive DJ chops. Be sure to check out his progressive trance DJ set to see what all of the hype is about.

The esteemed actor has been orbiting the music industry for years and has appeared in several albums (and music videos) since 2002. Oddly enough, the actor can also spin pretty well. Elba has some pretty decent house tracks on Spotify and even performed a DJ set at this year’s Coachella.

Frodo Baggins himself is one half of the DJ duo, Wooden Wisdom. Wood and his partner reportedly only use vinyl records for their sets rather than digital music.

Who would have thought that the host of The Price is Right is all about PLUR vibes? The 61-year-old comedian is a regular attendee of EDC. Watch Drew discuss an experience at the festival in the YouTube video above (language NSFW).

The Australian superstar spins house, dubstep, and trap. Rose has performed in New York, California, and even in Italy at event called “Lesbian Woodstock.” Her SoundCloud page features a few original remixes, although she hasn’t uploaded anything new in about two years.

highlight of my year was seeing jay z and nick jonas turn up at a @bassnectar set pic.twitter.com/8yeRKeEv8B

The idea of Jay-Z and Nick Jonas hanging out is already pretty bizarre on its own, but together at a Bassnectar set? Watch the video above and see for yourself. 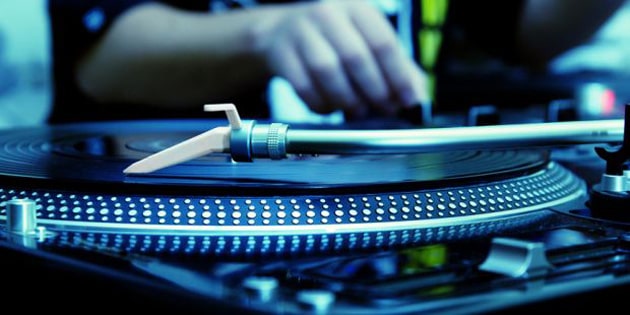 Know of any other PLUR celebrities that I didn’t mention? Swipe up to comment below and let me know!