Zedd Announces ‘True Colors’ Tour Featuring Dillon Francis and Madeon. Only days ago were EDM fans delighted to hear that Zedd will be touring with Parisian house producer Madeon. He is also going on tour with his close friend Dillon Francis. Zedd announced over multiple... 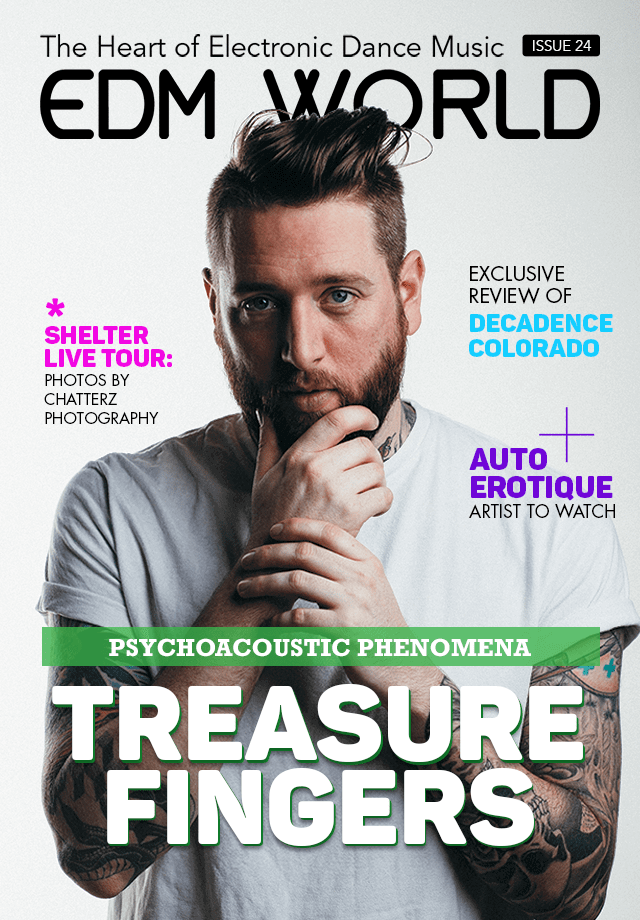 Posted at 15:25h in Magazine by Denice 0 Comments
0 Likes
Share

Inside this issue with Treasure Fingers you will learn: ★ Psychoacoustic Phenomena: Treasure Fingers ★ A Little Piece of Toronto: AutoErotique ★ V2 Presents The Shelter Live Tour With Porter Robinson & Madeon ★ Elevated Fashion ★ Top 10 Most Grimy Dubstep Songs ★ A Decadent Celebration in the City of Dreams ★ The Smallest Large Club: Omnia...

Posted at 16:31h in Video by Denice 0 Comments
0 Likes
Share

By Melissa Mallin "Pay No Mind," ft. Passion Pit serves as the second part of Madeon's Adventure video trilogy and it has finally been released! Check out the music video below and click here to purchase the album. [embed]https://www.youtube.com/watch?v=bQweR2QH1Io[/embed] Madeon - Pay No Mind ft. Passion Pit Lyrics She was...

Posted at 14:15h in Video by Denice 0 Comments
0 Likes
Share

By Melissa Mallin French producer Madeon released the official video to "You're On," ft. Kyan. The track comes off his debut album Adventure, which can be purchased here. The video is the first part of the Adventure video trilogy. Check it out below! [embed]https://www.youtube.com/watch?v=CGCnoVrgf9c[/embed] Madeon - You're On ft. Kyan (Music Video)...