Posted at 19:08h in News by Danielle 0 Comments
0 Likes
Share 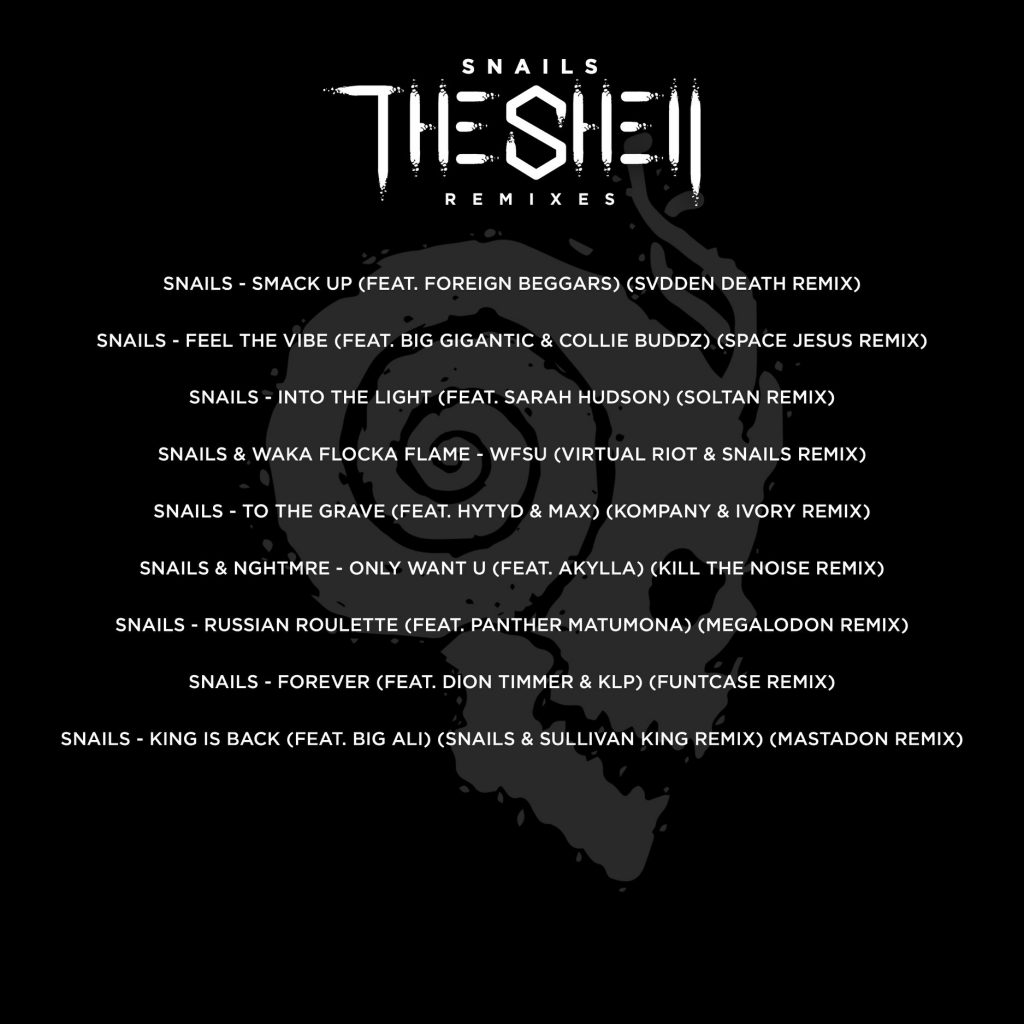 After weeks of teasing fans with single releases, the time has come for Snails’ The Shell: Remixes album. For the remixed version of his debut LP, he’s recruited some of the hottest names in bass music. Fellow producers and top bass/dubstep artists Kill The Noise, Virtual Riot, Funtcase, Space Jesus, and Svdden Death are among some of the artists who have delivered their own interpretations of Snails’ original works off The Shell album. Trust me when I say you’re not ready for this much bass! The ten track album runs the gamut of blackout-worthy bass music. It features a wide range of sounds from the futuristic basslines of Space Jesus’ remix of “Feel the Vibe” – arguably one of the most chill tracks on the album – to the heavy metal influence of Mastadon’s version of “The King is Back.”

Also, Snails is about to embark on his massive 52 date North American tour! Snails’ brand new stage, The Shell 2.0, is called a “holographic bass music experience powered by groundbreaking production.” This is done in part with Beama Visuals, the stage production wizards for Excision and other impressive clientele. The tour kicks off at the iconic Red Rock Amphitheater with his own festival, Sluggtopia. It is here that The Shell 2.0 is being unveiled to the world. The tour will feature some incredible support as well. Artists include Kill the Noise, Liquid Stranger, Cookie Monsta, Svdden Death, Ubur, Hekler, and more.

What is your favorite track on The Shell: Remixes album?! Swipe up to comment below and let me know!