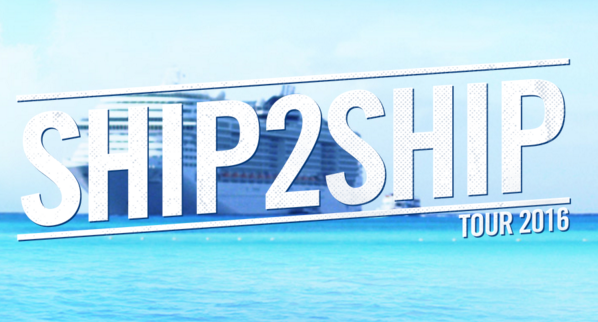 For those of us who do not have the good fortune of climbing aboard Holy Ship and rocking out with the ship fam, Gary Richards has provided a chance to get a taste of the elation. Gary, performing as Destructo, has been making his way through nine different cities accompanied by the likes of Dirtybird big-timer Justin Martin and Canada native Rezz for the Ship2Ship tour.

The majority of the tour takes place on the western portion of the United States between the January and February chapters of Holy Ship. The tour’s maiden exposition took place at Beta in Denver, and will be making its last stop in Toronto Friday, February 5th.The Los Angeles stop of the tour, which took place January 23rd, brought down Avalon Hollywood with appearances by crowd favorites such as Skrillex, Mija, Wax Motif, Bones and even Drezo. Along with Destructo, Justin and Rezz for the Phoenix, Arizona stop on the Ship2Ship tour this past weekend (January 30th, 2016) was Montreal producer Bijou.

Bijou made for a splendid musical appetizer. Blending house vibes with the occasional pop song. The room was bobbing and swaying to the beat from the moment he took the stage. By the end of the set, the Monarch Theater was already packed and popping off.

Rezz came out swinging. Opening with her fire track Lucifer, a new tempo for the night was established. Dark and relentless techno baselines characterized the majority of her performance. Between her bouncy, enthusiastic energy and clever shifts in BPM, techno heads in the crowd were swooning hard. A couple tracks from her excellent recent EP “The Silence is Deafening” were also showcased. Grimy, heavy techno beats were executed with taste and heart. In a word, her performance was raw.

Justin served up a delicious Dirtybird special, which the crowd gobbled up eagerly. He dropped some of the old favorites, such as his remix of Stay by Henry Krinkle, Don’t Go and of course his collaboration with Ardalan on Function VIP. His set was sprinkled with unexpected goodies, including a little drum and bass reminiscent of his B2B with his brother, Christian Martin at the Dirtybird Campout. Justin’s sassy tech house vibes dominated the set. His seemingly omnipresent vibrancy ignited the passion of the audience throughout his and Destructo’s sets.

Our headliner and musical entrepreneur opened with his newly released track 4 Real, complete with pineapple garnishing on the mixing deck. He graced the club with the G-House we’ve come to love and expect. Dropping various crowd favorites from the West Coast EP and his classic anthem Higher, Destructo gave fans plenty of opportunity to shake what their mothers gave them. Sprinkled keenly throughout the set were bits of tech-house, house, and even a hard festival trap breakdown. This comes as no real surprise, considering Gary is the founder of HARD.

The bodacious crowd at Monarch kept the energy flowing full steam all night. Throughout Destructo’s set this group of radiant souls added an extra spice that you do not see at every music event nowadays. Between a creepily masked “nun-slut” dancing on stage holding a sign depicting “In Gary We Thrust”; about a third of the crowd’s females dancing on stage all at once; and a blown up Tyrannosaurus Rex grooving on stage to Nasty by Marc Spence, the Phoenix Ship2Ship crowd was a memorable one to say the least.  Ship2Ship provided a space for recently returned shippers, anticipatory ship fam, and Holy Ship hopefuls alike to tear up the floor together.

The love ran deep at this show. The magic that develops from the presence of iconic members of the scene accompanied by fresh, raw talent is irrefutable. Destructo will continue to draw throngs of faithful followers to his shows and events, as he reinvents his sound, the festival game, and electronic music, for what we can only pray to be many more years. Gary’s hand in revolutionizing the electronic music scene is undeniable. Yet despite his immense influence and success, he never fails to make his fans feel appreciated. It is no question that Gary Richards is a powerful force in EDM; and it is thanks to people such as him that we have a safe place to free our minds and dance to superb music.

To the artists and passengers of the upcoming Holy Ship: Bon Voyage!