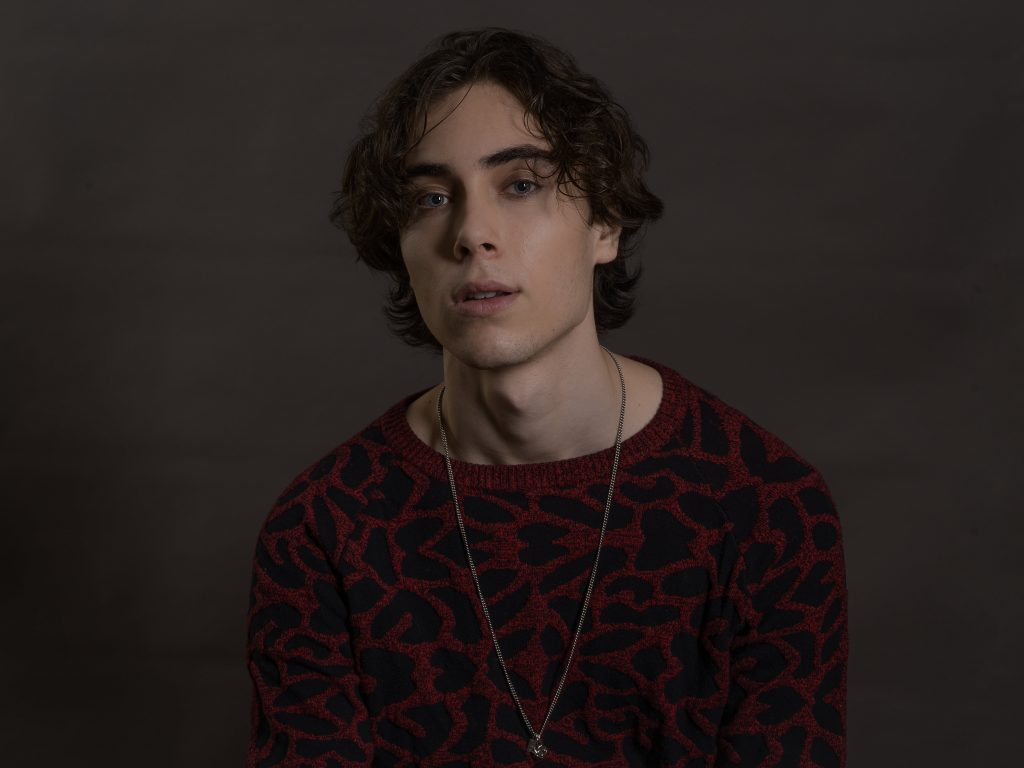 Meet Saint Joao of Brazil: patron of house music. Saint Joao, aka Jan, is an artist from Brazil just entering the music industry. Since graduating high school in 2018 he’s been working nonstop to start his musical career. This year he released his first single, “Set It Off”, which enjoyed 100,000 streams in just one month.

Showing a surprising amount of maturity, Saint Joao is taking time to study the American music scene before progressing further with his career. He believes in playing for his audience rather than himself and wants his songs to inspire rather than distract.

While the Brazilian heart-throb studies the American industry, read on to become one of the first people to know more about this hot new artist.

What is the influence behind your artist name Saint Joao? I know you’re from Brazil, but were you influenced by the festival ‘de Sao Joao do Porto’? Or do you have a different connection to St. John?

The name Saint Joao actually originated from mixing my French side to my Brazilian side. But I also really like the idea of the traditional festival of Sao Joao as it brings people together and I want to unite people as well.

What is your musical background and how has it impacted you as you’ve grown as an artist?

I grew up having piano and guitar lessons, but I never really made much of it while I was younger as we moved around a lot and we always had to look for new teachers. To be completely honest I didn’t take it very seriously until I discovered music production.

At that moment I started taking my lessons seriously and got really interested in music theory as well. I think today they are fundamental in my music production as I always go playing around with the instruments trying to see if I can come up with something. 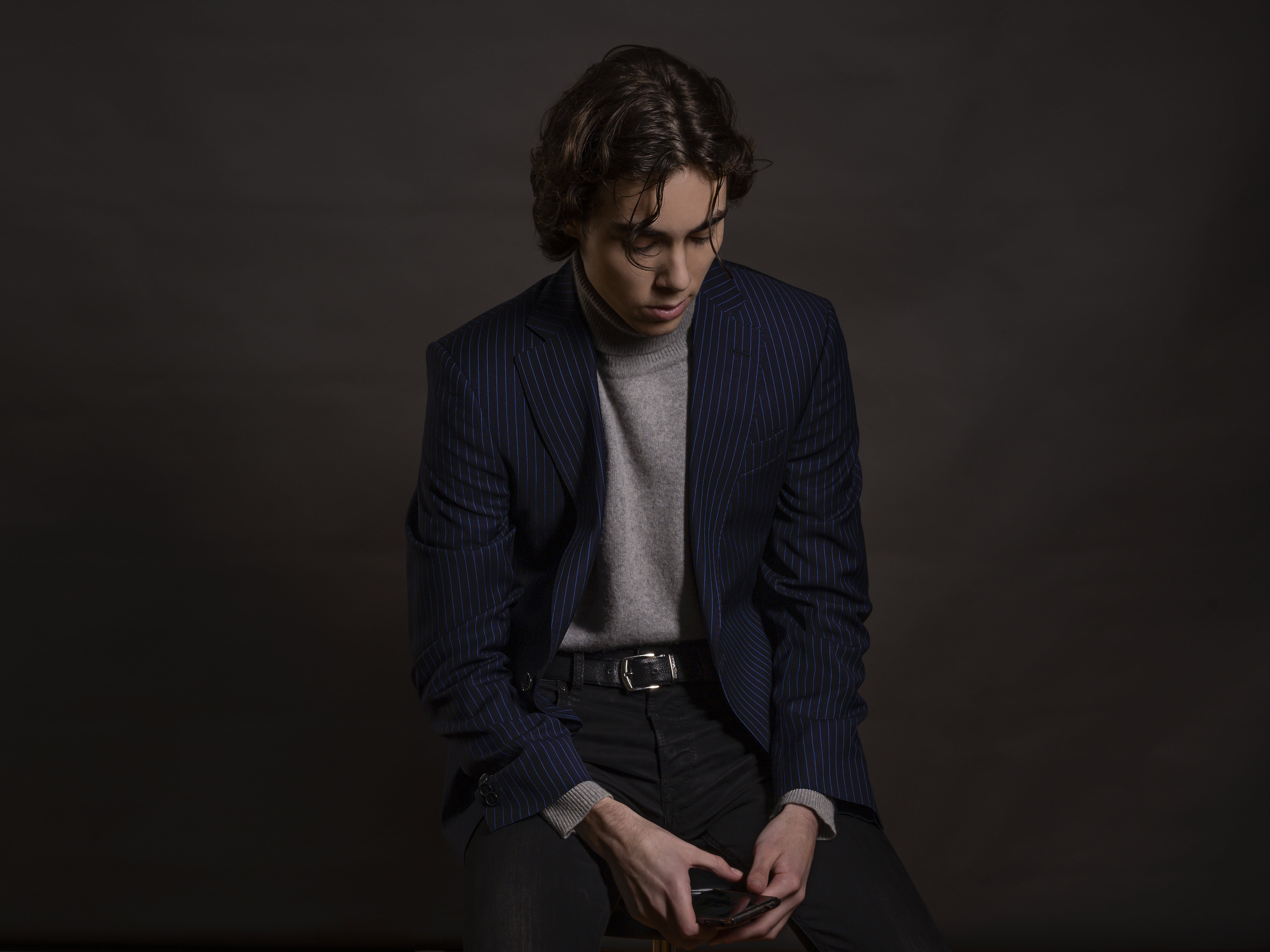 Who were your favorite five artists growing up? What about them stood out and how have they influenced you today?

In the EDM world, there where definitely two artists who stood out to me and have been huge inspirations. The first one was Avicii who introduced me to this world early on and always fascinated me with his melodies, arrangements, and ways of blending music together as he had done with “Wake Me Up”.

The other artist who stood out to me is Martin Garrix, whom I, fortunately, had the chance to meet in person once. I think it’s more his way of giving out this constant positive energy that stood out. I don’t remember ever seeing him not smiling and it’s definitely something to look up to.

Other artists I looked up to more recently have been Diplo, J Balvin, and Harry Styles. I love Diplo’s diversity in sound and how he can just create a hit song in any style. J Balvin and Harry Styles I most admire for their music but also the way they carry themselves.

All of these have had a significant impact on the way I look at my music career and how I go about producing music. I also love Fleetwood Mac and many other vintage artists who also influences me to look for a vintage touch in my music.

I’ve always been a fan of this record. When I played around with it in the studio it clicked with my production.

Check out Saint Joao’s track “Set It Off” on Spotify now.

What do you hope people get out of your music?

I don’t want my music to be an “escape” to people because I believe that we should face any problem we may have rather than escape it. Truly, I want my music to make people feel good, hopeful, and to make them think, “Wow, life’s good and beautiful”. I also hope people get authenticity out of my music as I try to express my feelings out to the audience in the most “real” way possible.

Are you planning on diversifying your sound or sticking with the ‘feel-good’ vibe and why?

I think every artist at one point will want to diversify their sound and experiment with new things. Everyone can probably agree with me and feel at this very moment the world needs the feel-good vibes. I want to get people feeling happy and positive while listening to a song rather than anything else.

Whatever is inside of you. Just try to put it out in any way. It is of course much easier said than done. 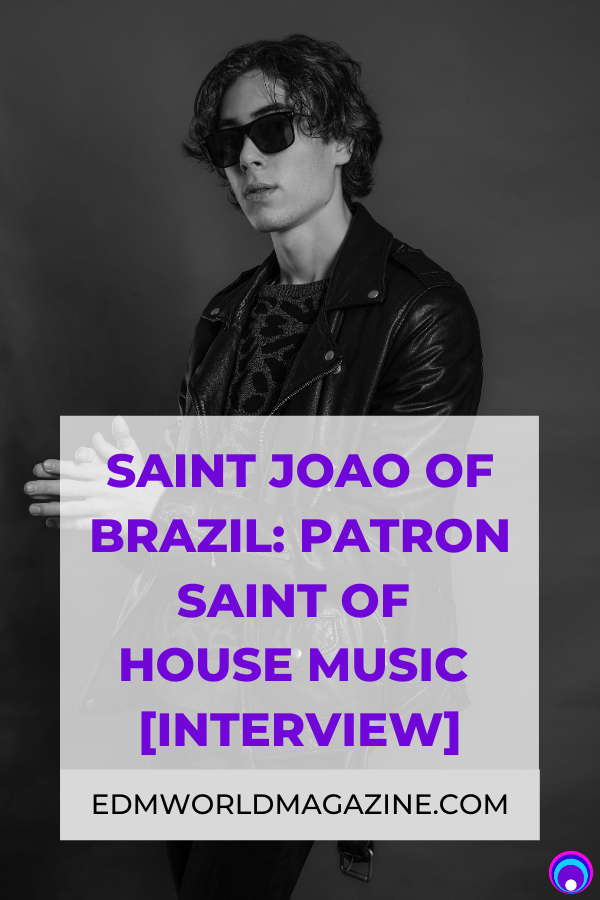 What is the hardest and easiest part of music production?

I think the hardest part is trying to come up with something unique yet warm to the ear at the same time.

If you manage to blend something that is fresh yet at the same time familiar to the audience’s ear you’ve got a great track.

The easiest part I feel is starting new ideas. On the other hand, finishing them is much more difficult in my opinion.

How do you find creativity when you are stuck in a rut? What advice would you give to someone who’s struggling to make a track?

I think my response to one of the questions above can really answer this question too. My advice would be to not overthink what you are doing. Even if you don’t feel inspired or very creative, try to preserve through it without thinking about it too much.

Doing a completely different activity beforehand such as going on a walk or taking a shower can really help you so when you come back to your production area you don’t have these things in mind already that can block you at times.

What artists would you love to collaborate with one day and why? 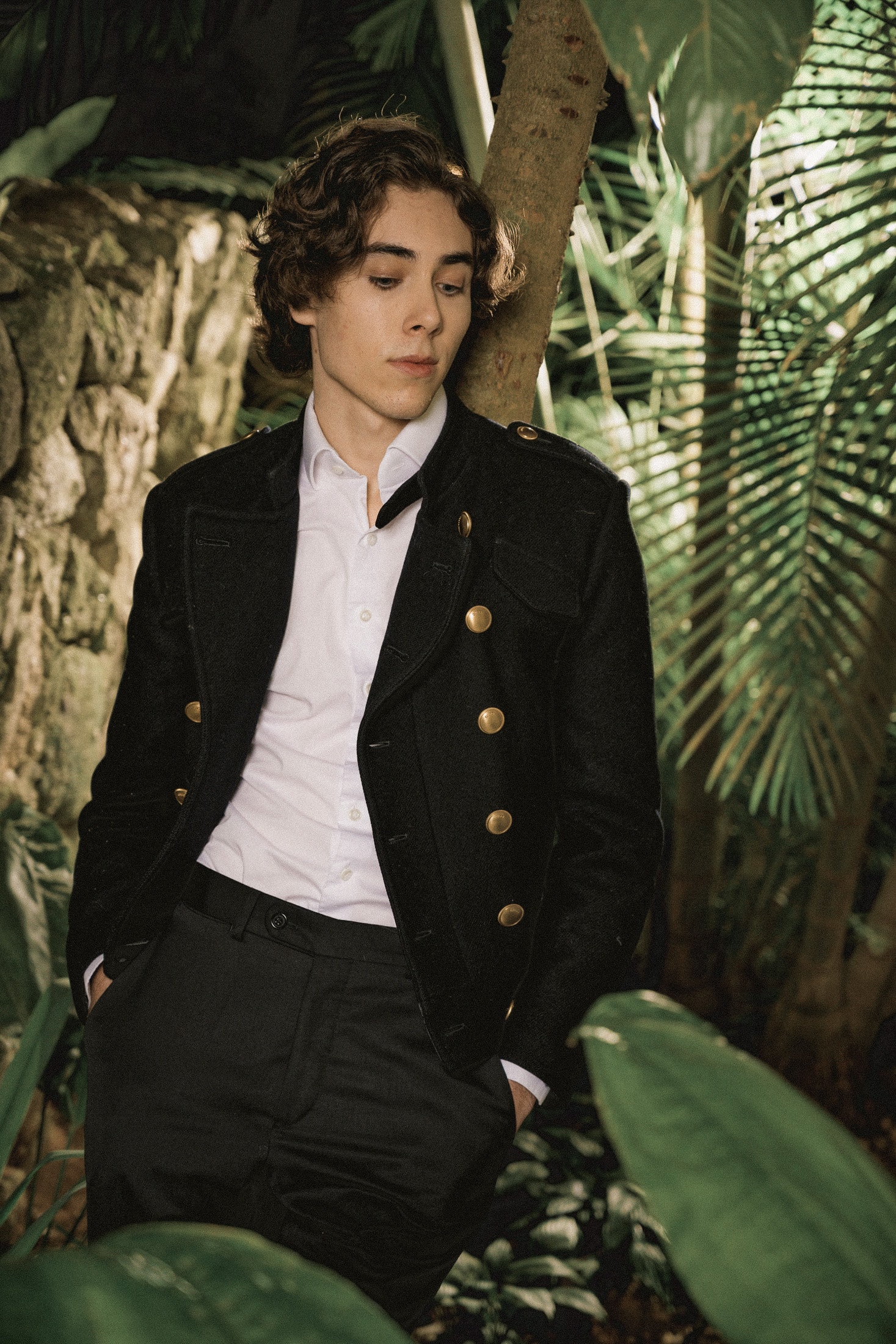 What is the music industry in Brazil like compared to the United States?

I think they can both be similar yet different at the same time. I have only experienced Miami Music Week in the United States so far and really felt the same passion that there is here in Brazil for the music industry.

However, I think that there is much more diversity in the United States regarding the music industry. Especially in the dance scene, people in Brazil seem to all follow the same type of sound that is trending at the moment. The US industry is of course much bigger while having more variety in the dance scene.

Most importantly I don’t want there to be any label at the beginning. I just want the American music scene to get to know me for who I am and my music. Someone they will remember from last night’s show for instance and say, “Damn last night was amazing, wasn’t it?”

Of course, I want to leave my mark in the US at some point but first I have to get to know them and learn from the experience. 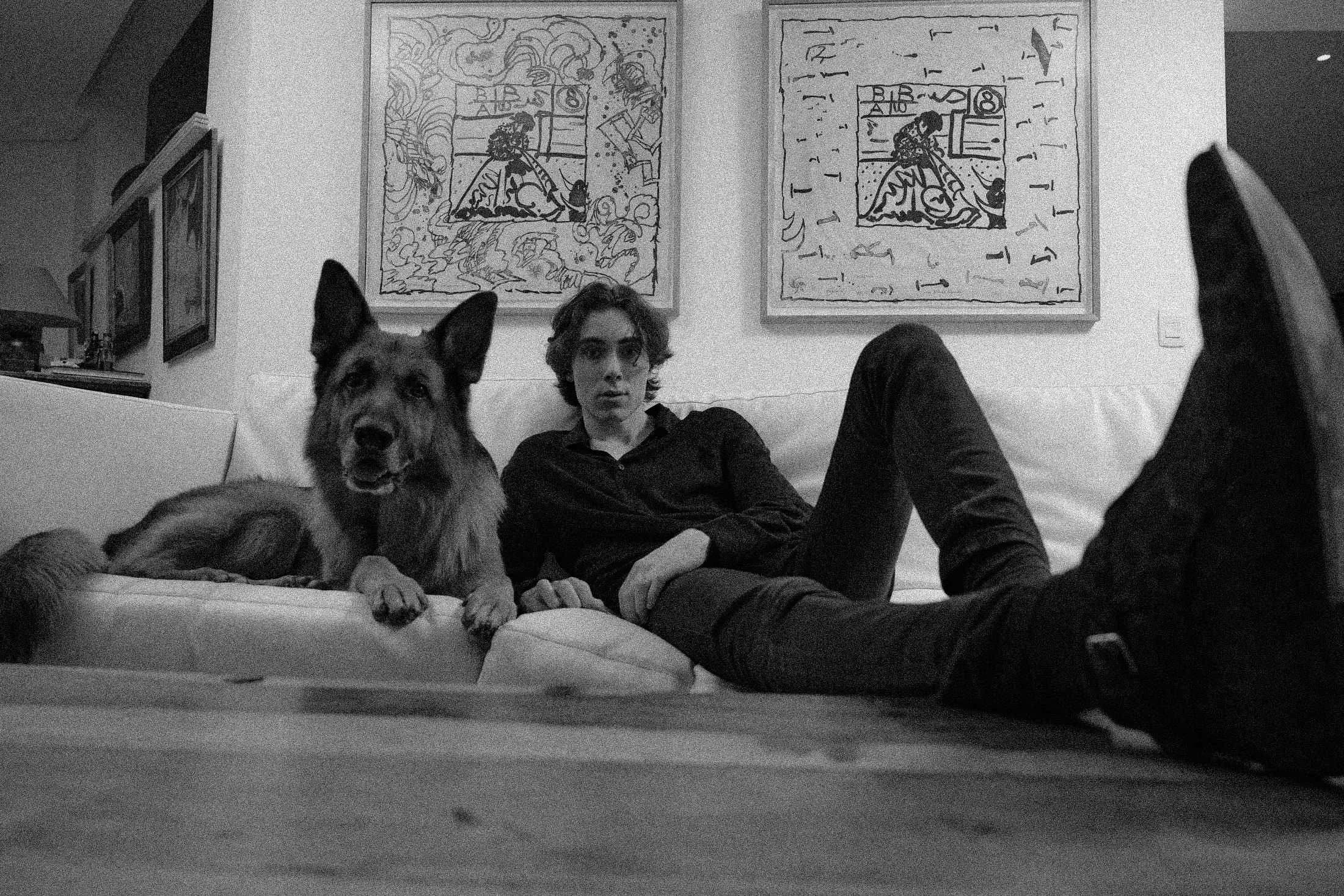 What lessons has performing live taught you?

Performing live has taught me that what I had in mind is not always what the crowd is looking for. I think the most important bit I’ve had to learn is to read my crowds, which, I believe all DJs get better with over time.

What has been your favorite live performance so far, and what stood out about it?

Not having much experience in live shows, it would have to be when I played for a big high school party in Brazil and everyone just danced and sang along. People even started getting on stage as it was so full. It was my first experience in this scene.

What is your dream venue to perform and why?

Since I was 11 years old I would watch the Tomorrowland recap videos on YouTube and I would just simply be fascinated by the entire festival. It has always been a dream of mine to attend the festival but to play there would be even more magical. 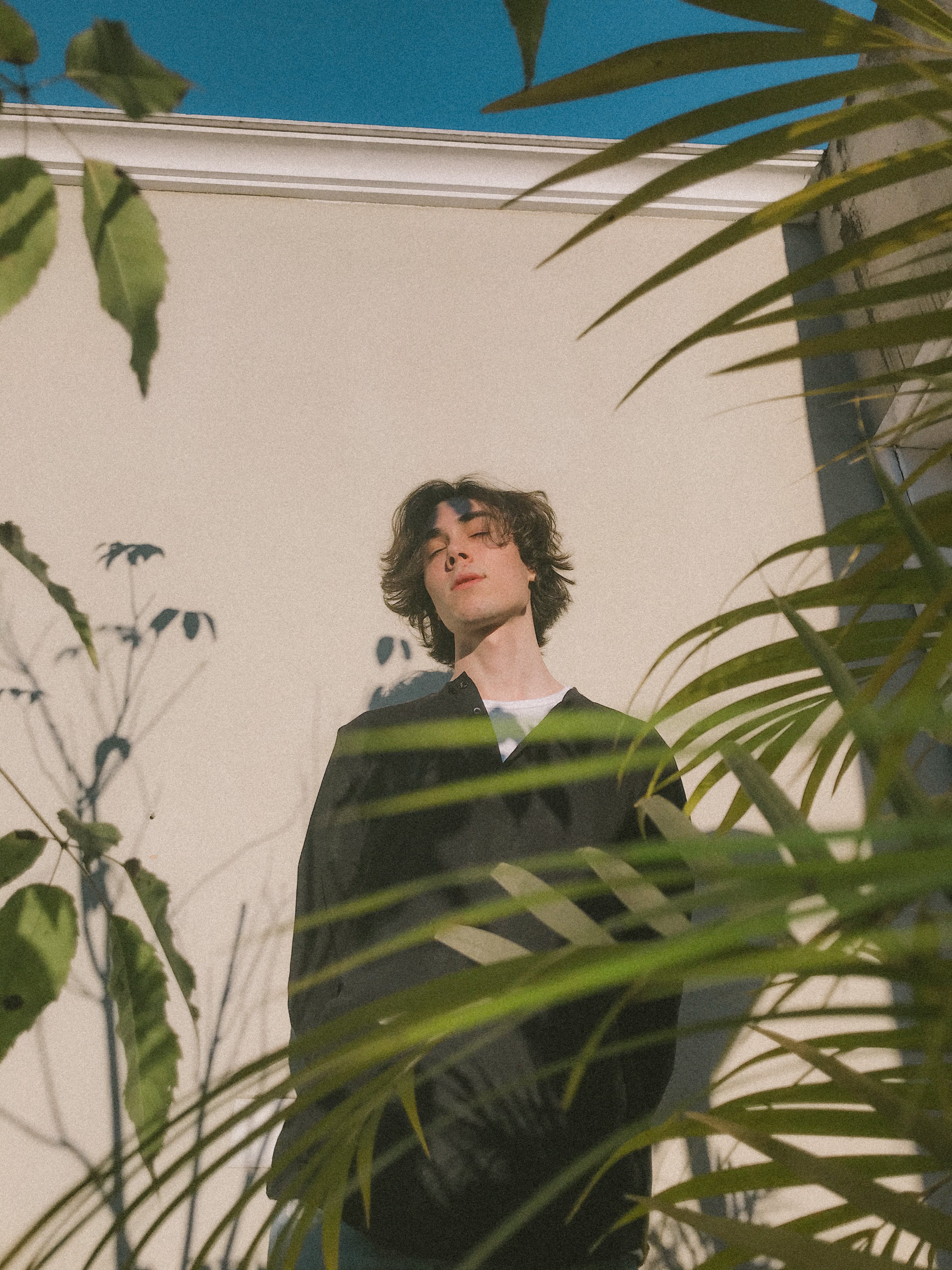 What has been the biggest highlight of your career so far?

While my first ever release “Set It Off” just hit 100,000 streams within a month, I believe my biggest highlight so far has been being given the opportunity to work alongside the professionals that I have around me. They are people I really admire for their experience and history in the industry and I am very grateful for having them believe in me.

What has been the biggest setback in your career so far and how did you persevere through it?

After graduating from high school in May 2018, I tried to get a start in the industry. I spent countless hours and nights producing ideas/tracks and always heard that it wasn’t good enough for several months. Whenever I am having a set back I try to remember why I chose to pursue this career in the first place. I know that it’s my passion. The little kid’s dream inside of me will always be stronger than anything else and won’t stop me until I achieve everything I’ve dreamt of. 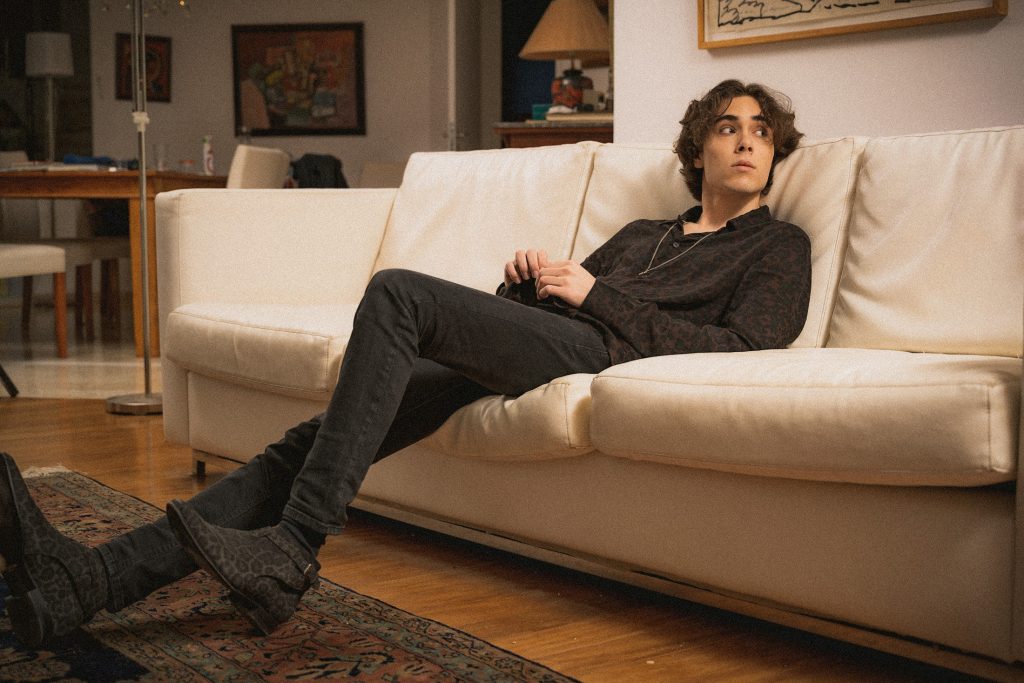 How do you define success and what steps are you currently taking to move towards it daily?

I define success based on happiness. I do have some personal goals set, and of course, achieving them would make me extremely happy and come as a reward for my hard work. Doing the thing I love as my career, to me, is already a glimpse of success.

When can we expect to hear new Saint Joao music and what do you have on the horizon?

Lets first wait and see what ‘Set It Off’ is establishing, but, I definitely have more in the pipeline. Expect sexy house music fueled with positive vibes from Brazil!

What do you think of Saint Joao’s latest single? Are you excited to hear more Saint Joao? Swipe up to comment below and let me know!