13 May Robin Schulz: Insight on His Humble Beginnings and What’s to Come

Posted at 16:44h in Magazine by Denice 0 Comments
0 Likes
Share 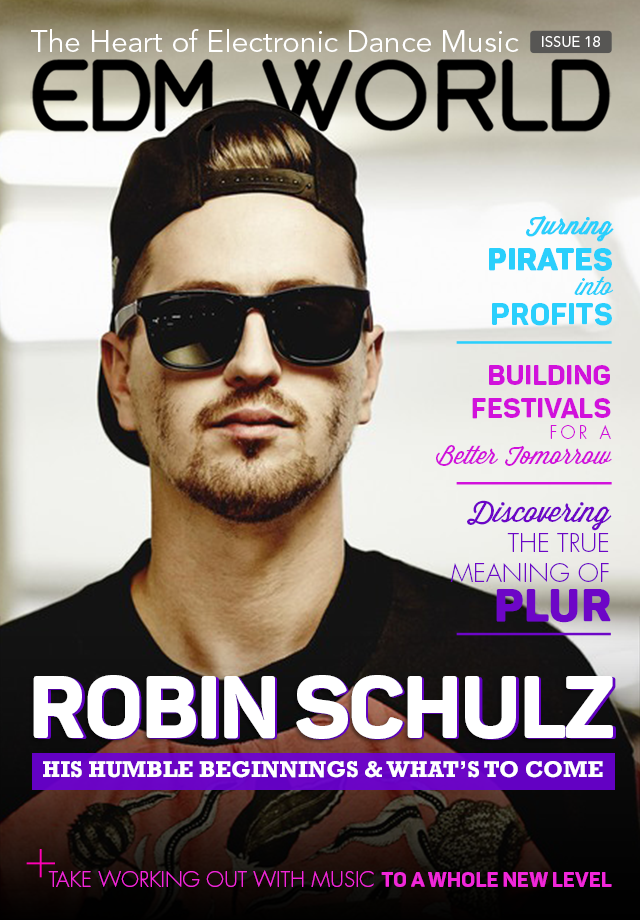 Robin Schulz: Insight on His Humble Beginnings and What’s to Come

Everyone has heard of Robin Schulz. You hear his hits in the clubs, the radio, even the supermarket.  There’s no way one could avoid the amazing beats of this artist… and we’re not complaining.  With his recent album release entitled, “SUGAR,” anyone with a pair of ears is able to hear the sweetness. We were able to ask Robin a bit about his growing career and future plans for the rest of 2016.

It’s official, Robin. You’ve reached international success, considering you’ve even won The European Border Breakers Award this past year. How does it feel to wake up in the morning, knowing that you’re well-known throughout the entire world? Do you feel like you could say that you’ve finally reached the peak in your career?

To be honest, I don´t wake up every morning with the feeling that I am a star now. I don’t feel like a star. Of course, I am very happy with my career and the good thing is that I have people around me who keep pressure, etc. away. No, I am definitely not at the peak of my career.

Your hit songs, “Waves,” “Headlights,” and “Sugar,” define the more lyrical aspect of EDM music. Now that you’re successfully considered a global DJ, is there any musical artist that you wish to collaborate with in 2016 or the near future?

I had the great chance to work with a lot of great names on my new album, “SUGAR.” I don’t look for big names; I look for great voices and new talent. And yes, I just started something with an amazing and very successful songwriter and singer… very euphoric about this collar.

You’ve recently spent time off in Rio de Janeiro. How does it feel to be in a position to not only travel and explore the world, but know that you have a great fan population in the cities that you travel to?

I am very lucky that I have the chance to travel around the globe. Sometimes it’s really scary when you are standing in the end of the world and people come to you and ask you for a photo.

Let’s talk “Prayer in C.” In my opinion, after the release of “Waves,” “Prayer in C” was the song that stabilized your recent success in your career. It went on to making you the first German artist to reach the #1 spot on Shazam. I’m guilty of Shazaming that song, as well!  In 2015, I’d be in the car listening to the radio, and that song would be on every station. Even my mom would be rocking out to the hit. Now, “Sugar” is taking over all the stations. How does it feel to walk into a car or store and hear your song playing?