Posted at 21:02h in News by Danielle 0 Comments
0 Likes
Share 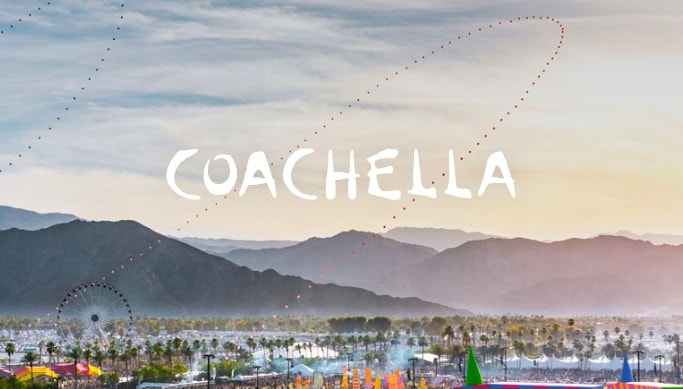 The Coachella Valley Music and Arts Festival presented by Goldenvoice will be held on April 13-15, 2018 and April 20-22, 2018. Born out of the conflict between Pearl Jam and Ticketmaster, the annual festival is hosted by the Empire Polo Club in Indio, California. Way back in 1993, Pearl Jam performed a show at the Empire Polo Club to boycott venues that Ticketmaster controlled. Ticketmaster collected huge fees for tickets, so Pearl Jam played a series of non-traditional venues. One of them was the remote Indio Valley. Nearly 25,000 people showed up to see Pearl Jam on the empty field. Because of this, we have Coachella today.

The music and art weekends located in the Colorado Desert feature artists from many different genres of music. Notably, there are large-scale art installations and sculptures, with many of the pieces being interactive, which provide a visual treat for attendees. In 1999, Paul Tollett and Rick Van Santen co-founded the festival which is now attended by as many as 250,000 people. Coachella is the most profitable music festival in the US today. Additionally, the festival played an important role in the EDM boom. Particularly, the 2006 performance from Daft Punk is the best moment in Coachella history. This was the moment when 40,000 people tried to squeeze in the Sahara Tent, a 10,000 person tent, for their long-awaited headlining performance. This is the concert everyone and their mother claims to have been at because everyone’s devastated they missed it. 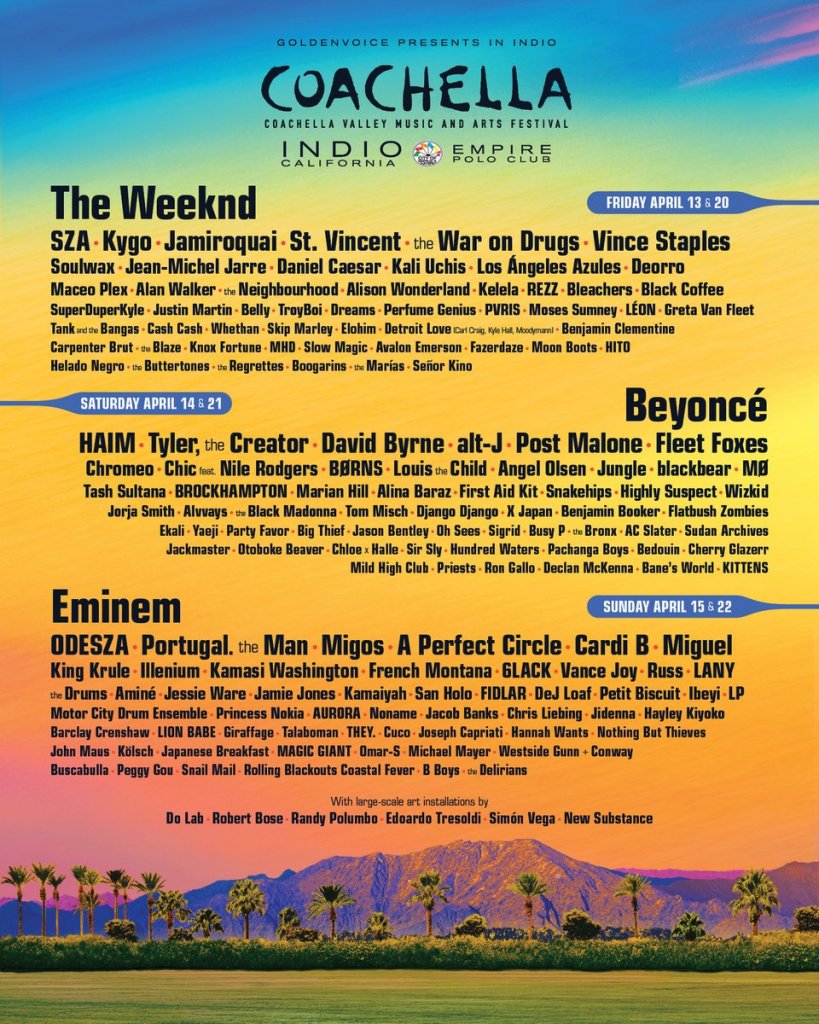 This year’s lineup returns with prestigious artists such as Beyonce, The Weekend, and Eminem. In addition, Coachella brings plenty of EDM this year. As a matter of fact, the lineup contains an abundance of electronic options for attendees to enjoy from Kygo, Louis the Child, Odesza, and many more!

Take a look at this year’s EDM performers:

To prepare for Coachella we put together a playlist of our favorite songs! Take a listen!

Which artists are you most excited to see? What’s your favorite song on our Road to Coachella playlist? Swipe up to comment below, and let me know!