25 Mar Review: The Wonder Of Decadence

Posted at 17:06h in Magazine by Denice 0 Comments
0 Likes
Share 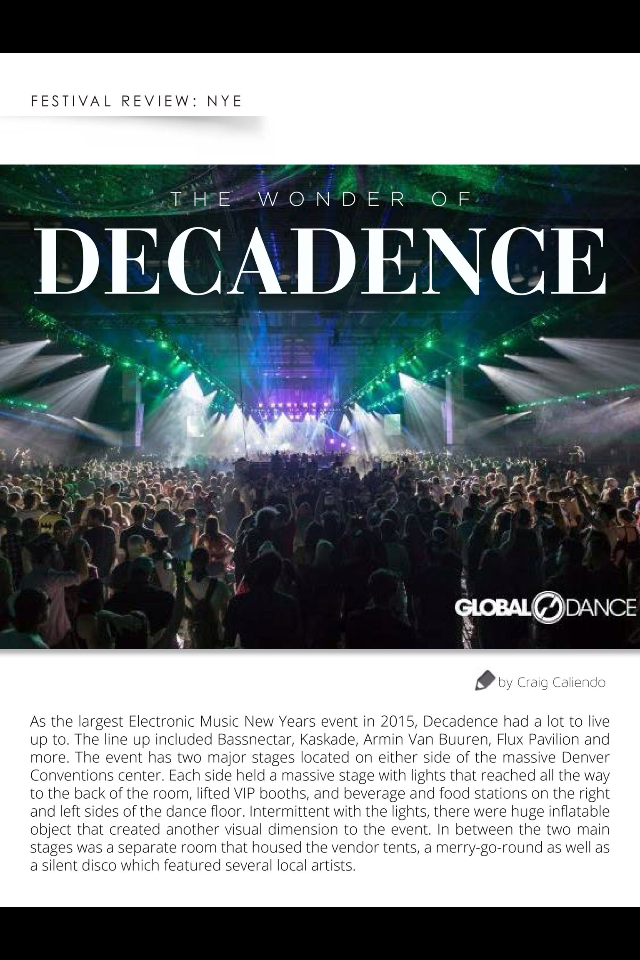 The Wonder Of Decadence
By: Craig Caliendo

As the largest Electronic Music New Years event in 2015, Decadence had a lot to live up to. The line up included Bassnectar, Kaskade, Armin Van Buuren, Flux Pavilion and more. The event has two major stages located on either side of the massive Denver Conventions center. Each side held a massive stage with lights that reached all the way to the back of the room, lifted VIP booths, and beverage and food stations on the right and left sides of the dance floor. Intermittent with the lights, there were huge inflatable object that created another visual dimension to the event. In between the two main stages was a separate room that housed the vendor tents, a merry-go-round as well as a silent disco which featured several local artists.