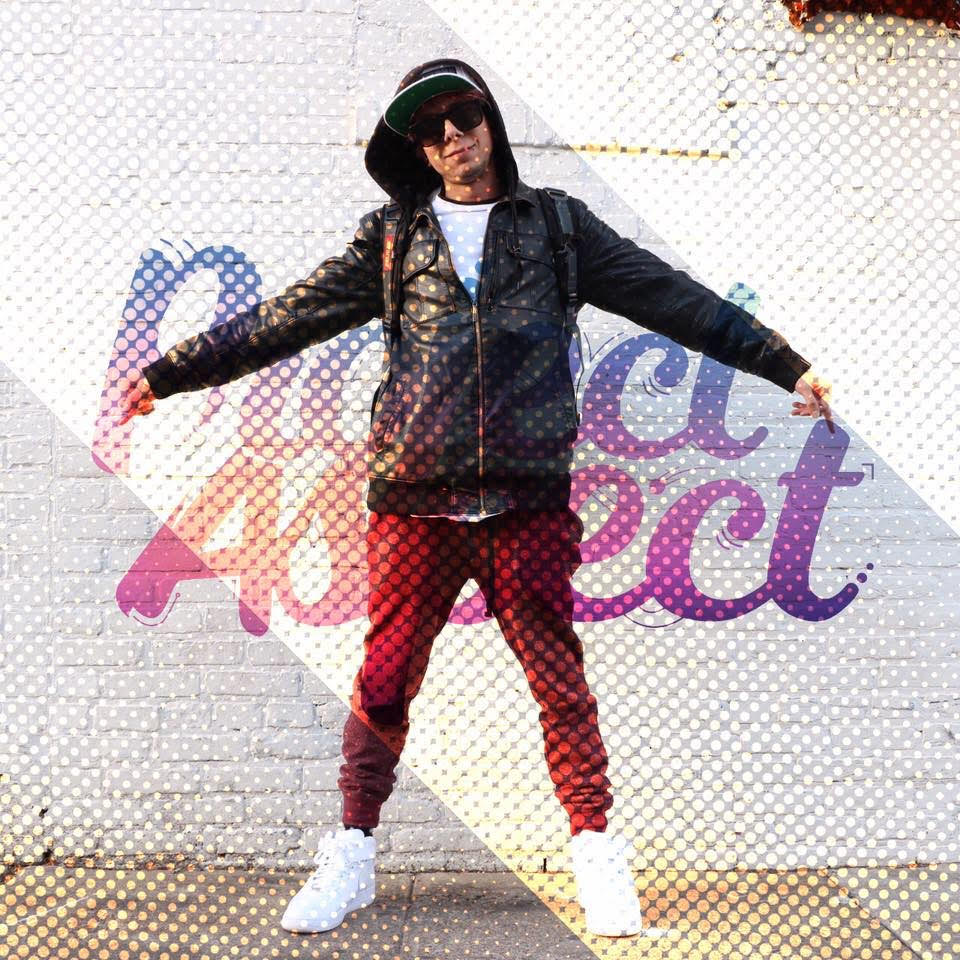 ProJect Aspect is one of the most unique personas in the EDM industry. His style stands alone as an inventive mix of electronic, bass music, and glitch-hop. This multi-talented artist was raised in the electronic haven of Denver, Colorado.

In addition to touring with big industry names such as Manic Focus, STS9, and Minnesota, ProJect Aspect has been on three headline tours of his own. During his 13 years as a producer and performer, the musician has exponentially grown his experience and wisdom in the EDM world.

With ProJect Aspect’s spot in the upcoming Gem & Jam lineup, it is crucial to dive into his background before witnessing him live.

Check out ProJect Aspect’s latest release and newest remix below before seeing what he has to say about music’s impact on his life.

What influences throughout your childhood helped shape the inspiration behind ProJect Aspect and why?

Many different people and places have influenced me throughout my life. The initial influence was my dad buying me my first guitar. I didn’t even ask for it but I almost immediately fell in love. Then, I started my first band at 11 years old.

I had a lot of ambition back then being musically influenced by the worlds of punk rock and alternative. My dad and I made music videos and t-shirts together. I really knew at an early age what I wanted to be for the rest of my life.

My next influence was my mom. She’s been an amazing singer her whole life and she supported me early on. She helped me get my first gigs at coffee shops as well as coming to all of my early shows. I’m grateful for how much she really helped me grow as a man.

Another influence was my long-time brother from another mother, Zach, aka Kruza Kid. I met him on a wilderness trip freshman year of high school and he helped shape me into the person I am today. We became roommates after high school and started making music together. We haven’t stopped since now going on 15 years.

As I started PA (ProJect Aspect), the band STS9 really helped me decide what kind of sound I wanted to go for—they were so versatile and perfectly mashed up electronic music and live instrumentation. I never really even listened to electronic music before discovering STS9, so they were one of the first bands to really make me think about how to approach my music. That then of course snowballed into Glitch Mob and Pretty Lights.

The funny, ironic thing is since starting this journey, I have been able to join STS9 for 5 different shows, including four out of five New Year’s runs in a row. I shared the stage with Ooah, opening for Pantyraid at the sold-out Boulder Theater and a few other occasions including the prestigious Belly Up in Aspen.

I also got a featured mix for Pretty Lights “The Hot Shit,” which was a breakthrough mix for me. Needless to say, things kind of came full circle. I’m looking forward to collaborating with these artists again in the near future.

What is the meaning of ProJect Aspect to you and the story of how you created this persona?

I wanted something with a lot of depth and meaning behind it. ProJect Aspect is an idea, ever-changing, and constantly growing perspective. It is taking a thought and transforming it into reality. My music is so different from song to song. It’s really difficult to say what genre I am in. I don’t ever want to conform to one style.

The “idea” is the aspect of the “project” that is always changing, growing, and expanding to put the music to life in a bigger picture. I am never satisfied with my musical abilities. There is always more to learn and more to create. It’s exciting because after ten years of this project I still feel like the best is yet to come. I’m enjoying creating more than ever.

What is your favorite instrument to produce or perform with and why?

I produce in Ableton so that in itself is quite a powerful instrument. This is especially true when performing live. I have all of my songs split up into “stems”— yes all of my songs (over 100 in my current Ableton set)—so I can manipulate pieces of the songs separately that makes for an unpredictable, original, live performance.

Something I like to do is go in and out of tracks in a jam band fashion for the real fans. It’s exciting to start a song halfway through and go into other songs then bring back the ending to the first song. I’m a dork like that. I also love the guitar.

Who are your favorite artists to jam out on stage with and why?

Man, that’s a tough question. My taste for music is so odd. Currently, I’m listening to Hall and Oates, but I like everything from country to new rap. I’m a manager at a dispensary so I’m always putting on different music. My Apple Music library is so diverse I couldn’t even tell you the first artist that comes to mind because so many do!

What is the toughest challenge in having each one of your sets contain completely original content?

This made me laugh at myself because the toughest part is deciding what to play. I’ve been building the same set since I started so with all the clips it gets extremely congested at times. Often, I will plan out a setlist and freestyle things throughout the set. However, I will at least try to have an idea of what to go in and out of. It’s a beautiful mess.

Do you have a pre-set ritual and if so what is it?

I like to smoke a spliff before hitting the stage. I also do some weird stretches with my hands and arms to try and loosen up.  Additionally, I jump up and down because I end up moving a lot during the set pretty aggressively. I really don’t want to pull something.

“Gypsy Gangster” is one of your fan favorites. How often do you play this track or renditions of it in your sets? Are there other tracks you like to play frequently and why?

I do play it somewhat frequently mostly because people do love it and it has some nostalgic depth to it. I couldn’t tell you off the top of my head what tracks I like to play more than others. It really depends on the setting. I’ve been playing my Manic Focus remix a lot because, personally, I feel like I knocked it out of the park. I recently jammed guitar on it live with a drummer and that really makes the track explode in a live setting!

Describe the process of creating your 2021 mini mix and the source of the vision you had for it.

Honestly, I made it for an Ogden contest. It was super last minute and I do not necessarily have the most clicks on my posts or SoundCloud, so really I was just overdue putting out a mix. It seemed like a prime opportunity. I’ll likely work on a “Flavored Layerz Vol 2” for my next mix this year. 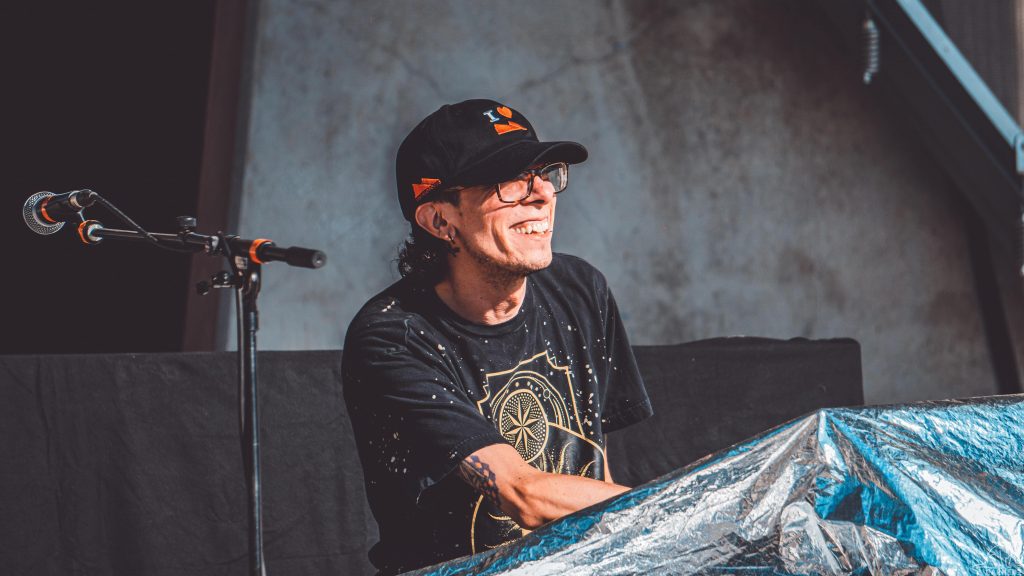 Your recent remixes of Mac Miller’s “Pittsburgh Kidz” and Young Dolph’s “100 Shots” were tagged “#love” on Soundcloud. What is the importance of love to you and how does it connect to these newer releases?

I always make the genre “love” because everything I create comes from my heart. This is my way of showing love to the world and paying tribute to the artists I am remixing. It’s all love and bass.

What can you hint at for Gem & Jam attendees to expect from your upcoming performance?

You can expect lots of noise and a very hot set time, literally (4 PM). Bring a fan and your favorite sage-soaked pashmina. Expect lots of new remixes, live guitar, and maybe even drums.

What is your favorite song from ProJect Aspect? Swipe up to comment below and let me know.