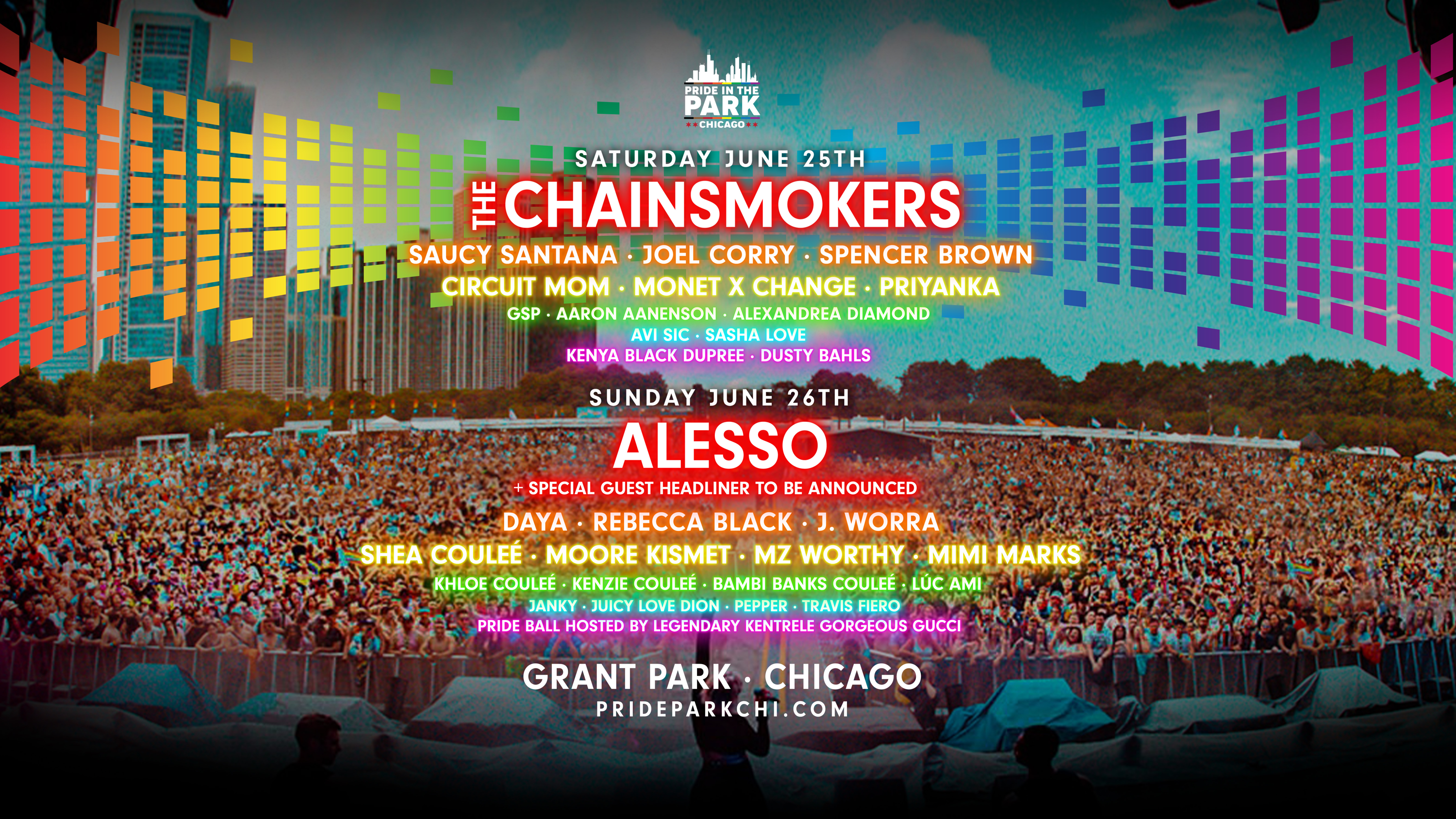 We are counting down the days until Pride in the Park returns to Grant Park for the two-day festival on June 25th and 26th. There will be two stages featuring a diverse lineup of musicians, DJs, drag performers, and activist speakers. This all-ages festival is held during Pride Month (June). It’s a one-of-a-kind queer celebration.

Pride In The Park 2022 Headliners

There will be many amazing electronic artists with headlining performances by The Chainsmokers and Alesso.

The Chainsmokers are a Grammy Award-winning and Billboard-topping artist/producer duo. They got their start by releasing remixes of songs by indie artists and officially gained notoriety in 2014 with their popular hit ‘#Selfie’. After that, they continued to solidify their place within EDM with their song ‘Closer’.

Alesso will be on the main stage Sunday night and shouldn’t be missed. He started producing music in 2011 and quickly gained recognition with his cross-genre sound. Today Alesso is a grammy-nominated, multiplatinum artist who has toured stages worldwide and has worked with so many artists. Some of them include pop charting Tove Lo, One Republic, Calvin Harris, Hailee Steinfeld, Katy Perry, Usher, David Guetta, and many more.

Joel Corry is DJ, producer, and television personality. He came has been on the scene since 2019 with his single “Sorry.” In 2020, Corry released the singles “Lonely” and “Head & Heart.”

Daya is an American singer and songwriter who debuted in 2016 with their hit ‘Sit Still, Look Pretty, which spawned the multi-platinum track “Hide Away.” After winning a Grammy with The Chainsmokers with 2016’s song “Don’t Let Me Down,” she shifted her sound and leaned more into an electronic style.

J Worra, a native Chicagoan, reigned as DJ Mag’s 2019 Breakthrough Music Producer of the Year. You can find her touring all across the stages and festivals in the US, bringing her authentic style and diverse house sound.

Moore Kismet is leading the next generation of emerging electronic music artists. The non-binary and pansexual 17-year-old music prodigy is an influential voice of the LGBTQ+ creative community. Moore Kismet was listed on Billboard’s 21 Under 21 annual artists list two years in a row (2020/2021). Moore was also named the youngest artist to ever perform at both Lollapalooza and EDC Las Vegas in 2021.

MZ Worthy, a DJ and one of the four original members of the Dirtybird Crew, Mz Worthy has performed at Coachella, Dirtybird Campout, Burning Man, and Ultra festivals.

Spencer Brown has two #1 progressive house albums and a string of #1 techno releases. He has been touring the world, from major festivals like Tomorrowland, EDC, and Creamfields to headline club tours in India, Brazil, Australia, and sunrise sets in Tulum.

You will also see remarkable performances from Drag performances and the Pride Ball hosted by the Legendary Kentrele Gorgeous Gucci.

Circuit Mom Productions is a Chicago-based events company that produces experiential events designed for the LGBTQ community nationwide. They will be bringing exceptional themes, outfits, drag kings, and queens. Also, they will be bringing world-famous DJs, and signature electric house music. Only Circuit Mom Productions can deliver at our second stage.

Monét X Change is an American drag queen, singer, podcaster, and reality television personality. Monét competed on the tenth season of RuPaul’s Drag Race. She came in sixth place and won the Miss Congeniality award. Currently, you can find her on two podcasts, Sibling Rivalry with drag sister Bob The Drag Queen and Ebony and Irony with Lady Bunny.

Priyanka is a Canadian television personality and drag superstar who won the first season of the reality competition series Canada’s Drag Race in 2020.

Tickets to Pride In The Park Chicago are on sale now. You can find more information on the festival and to purchase tickets, on the website here. 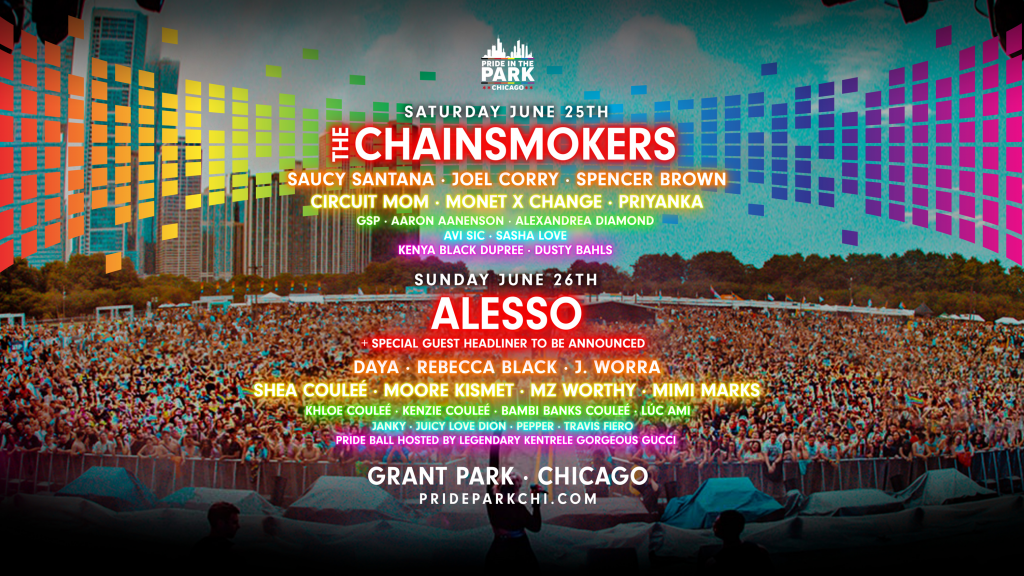