Posted at 21:26h in Festival by Denice 0 Comments
0 Likes
Share 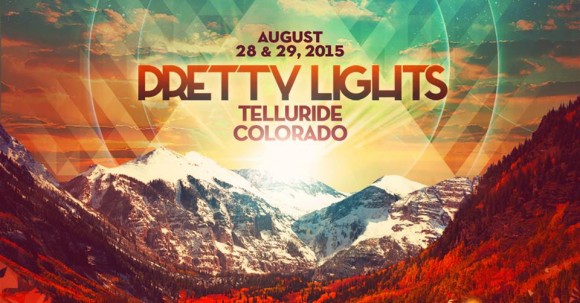 Derek Smith, better known as Pretty Lights, recently announced that he will be playing two special outdoor shows at Colorado’s Telluride Town Park. The magic will take place on Friday, Aug. 28 and Saturday, Aug. 29. Two-day general admission and VIP tickets, as well as camping and travel packages provided by CID Entertainment, will be available via Pretty Lights’ direct-to-fan pre-sale, beginning on Friday, Feb. 20, at 10:00 a.m. MST and tickets to the public will go on sale Friday, Feb. 27 at 10:00 a.m. MST.

“I’ve thought a lot about what a perfect place to throw a Pretty Lights concert might be, and what that actually means. The energy that resonates at Telluride Town Park is beyond the cusp of my own understanding but it is powerful and undeniable,” said Pretty Lights’ Derek Vincent Smith. “I think that the seclusion of Telluride creates a real opening to focus on getting in touch…with each other, ourselves, and the vibrations we experience as music, light, and life. Plus the stars shine incredibly bright and the mountains are jaw dropping. These two nights in Telluride will be an awesome and historic opportunity to experience a live Pretty Lights show in what may be the perfect venue.”

Pretty Lights is currently in the studio working on the follow up to 2013’s A Color Map of the Sun, which was nominated for a Grammy and hailed as a “uniquely crafted, groove-centric head trip,” by Rolling Stone.  The Denver Post’s Hey Reverb praised Pretty Lights’ two-night stand at the Red Rocks Amphitheatre in Morrison, Colo. as “exactly the kind of visual and aural spectacle that sets Pretty Lights apart in the live music milieu… a milestone show.”

Don’t miss this epic performance in what will soon to be known as the perfect place for a Pretty Lights concert.