Posted at 17:23h in Video by Denice 0 Comments
0 Likes
Share 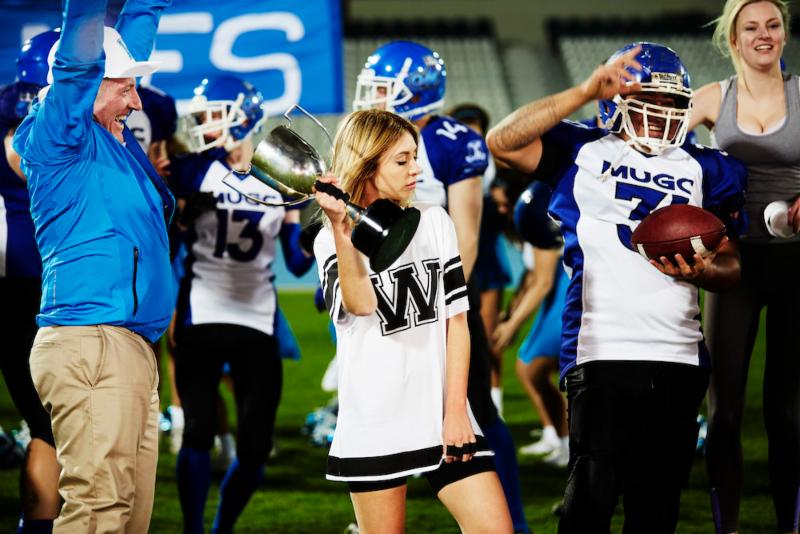 Known for her sweet yet, badass attitude, heavy on-stage energy and mind-blowing, creepily epic music videos, Alison Wonderland returns with her latest video, “Games.” The track serves as the fourth single from her debut album, Run, and the video was directed by Prad Sen, (the same guy who directed “I Want U,” “Cold,” and “U Don’t Know,”), which is nothing short of extraordinary. The video showcases Wonderland flexing her competitive side through a series of sporting events, with her “I-give-no-f*cks” attitude, only adding to the irony of the video. Watch as Wonderland takes on Football players, pown’s an old Chess player and chokes out a Karate master – all without breaking a nail or messing up her hair!

“The idea for ‘Games’ came out of using the song title just to see how far and silly we could expand on the concept of games, competitiveness and sports,” said Director Prad Sen. “I thought the idea of Alison totally winning at everything, but at the same time being really over it and unenthusiastic would be funny.”

If you’re still unfamiliar with Alison Wonderland by now, you’ve clearly been living under a rock. Wonderland has been firmly establishing herself on the global touring scene with killer sets at Coachella, Lollapallooza and Mad Decent Block Parties. Additionally to releasing the “Games” video, Wonderland treated fans to her remix of Hermitude’s massive single, “The Buzz,” causing hysteria across the blogosphere.

You can catch Alison Wonderland playing Fool’s Gold Day Off in Miami this coming weekend, on Sunday, Sept. 13, as the Australian native will be returning to her hometown at the end of this month (Sept.) to tour as one of the headliners for the national Listen Out festival.