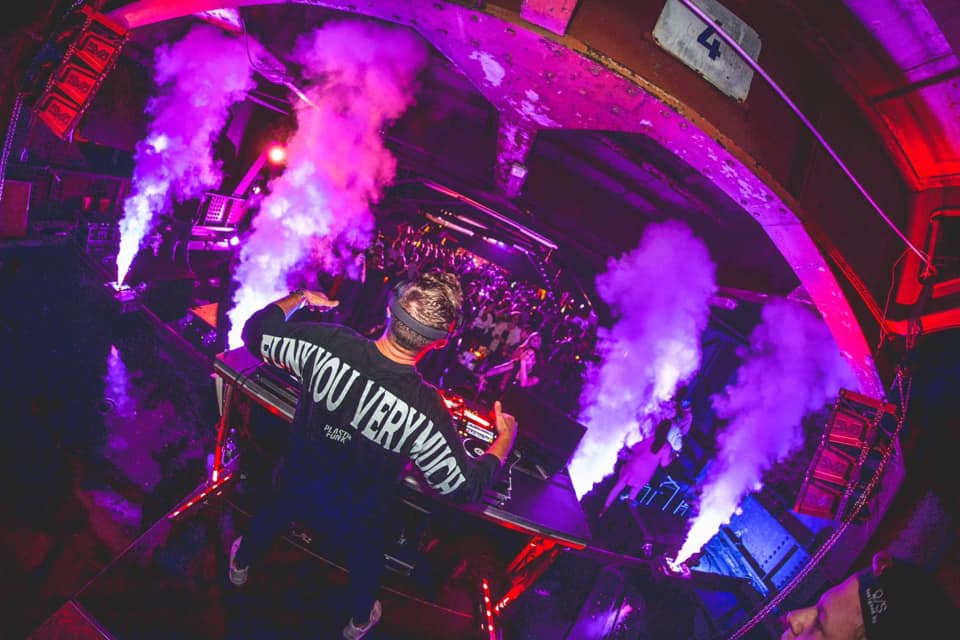 The line seems to reflect Rafael’s personality and music. Funky, fun, and laid back are all terms I would use to describe both Rafael and his new line.

Rafael collaborated with WorkiT’s creative team to design the line. In shades of red, yellow, and black the capsule collection danced across the screen during the press event. Both male and female models donned pieces from the collection. This included both light wear and heavier hoodies, long-cut t-shirts, and long sleeve shirts. It even had face masks and gym bags.

He stated that his line differs from others. The clothes are meant to be oversized as it features unisex, long cut tops. My favorite unisex yellow t-shirt can be found here. Many of the pieces feature monochrome bold text with one of Plastik Funk’s slogans, such as “Funk The Word” or “Funk You Very Much.” You’ll find the slogans either on the back of his shirts and hoodies or their neckline.

Many of the capsule collection hoodies feature the Plastik Funk icons on the sleeve. This collection is a perfect way to show off your fandom at your next festival. Although Plastik Funk fans are the primary targets, Rafael described his line as not only a “mix of fan shirts but also shirts someone who has nothing to do with Plastik Funk would buy in a store.”

Up and Coming Projects

Due to current restrictions on touring, Rafael explained that he has had much more time to take on new projects. These include the clothing line, finishing up new music, and even starting up a line of coffees! Customers and fans have jackets, jogging pants, and hats to look forward to as part of the collection’s future expansion.

Musically, he reports there are many new tracks set to be released soon. Collaborations with himself and unnamed country singers are also on the horizon as well as a follow-up collaboration with Nervo.

WHAT DO YOU THINK OF THE NEW TIME CAPSULE CLOTHING LINE? SWIPE UP TO COMMENT BELOW AND LET ME KNOW!