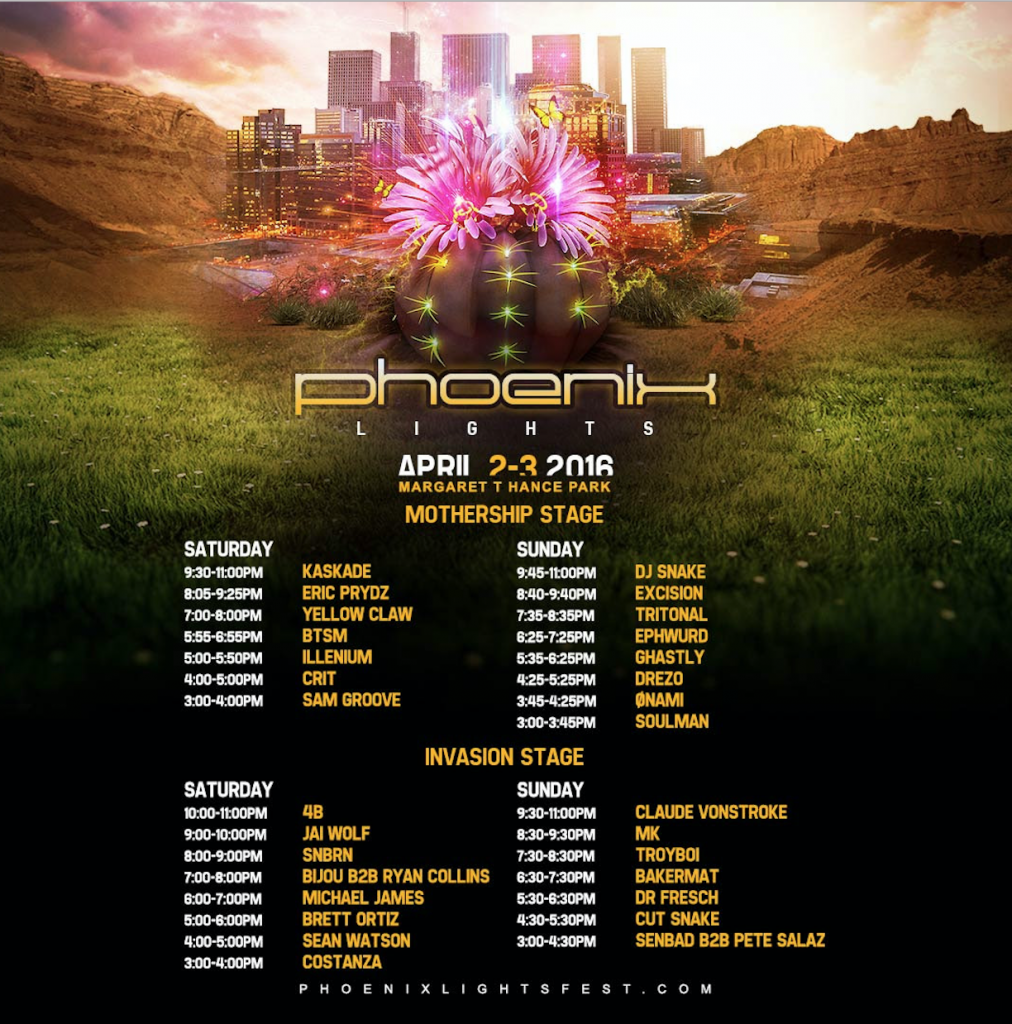 Just three more days until Arizona ravers are transported into a universe of bass and gleeful revelry at Margeret T. Hance Park in Phoenix. The lineup is stacked with massive, household names in EDM like Kascade, Marc Kinchen, and Eric Prydz to breakout stars of the scene such as Ghastly, Drezo, and SNBRN.

This year, Phoenix Lights will take place April 2nd and 3rd from 3PM to 11PM. The event has added a second day to the festivities due to the massive success that was last year’s first ever Phoenix Lights Festival. The festival’s theme is drawn from the mysterious lights that appeared over Arizona and the Sonoran desert back in 1997.

Relentless Beats appears to have truly outdone themselves with this event, and many humans inhabiting The Valley of the Sun are bubbling with anticipation. Ready your spacesuits Earthlings. The lights are about to return. Will we see you there?