Posted at 17:39h in Uncategorized by Denice 0 Comments
0 Likes
Share 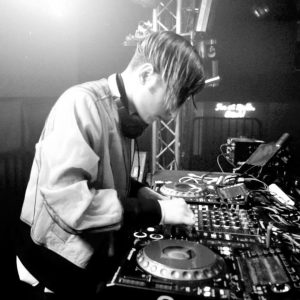 Nytrix – an LA-based DJ, Producer, Vocalist, and Director will release his new single, “Under Electric Skies” This Friday – PREVIEW HERE.
It’s the third and final installment of the 3-part future bass, melodic, vocally driven project.
“Stay Here Forever” is about the fantasy of a future relationship, “Love Never Died” (1M+ views check it out HERE – special effects are SICK!) is about a past relationship, and “Under Electric Skies” is based on relationships in the present.
The remix package swings big room with Olly James and deep house from JVST SAY YES to really round it out.
For “Love Never Died”, Nytrix has had remix support from Laidback Luke (track broke into Top 10 on Billboard Club Chart & Top 50 Billboard Hot Dance/Electronic) and was syndicated on 40 radio shows including Afrojack, W&W, Sam Feldt, & more.
Nytrix has previously worked with DEV and Neon Hitch. One of his most successful releases of 2015, “Take Me Higher”, received remixes from R3hab and Dave Aude.
FOLLOW NYTRIX
Facebook (54k)
Twitter (46k)
Instagram (22k)
SoundCloud (20k)
Spotify