My Top Picks For The Most Influential Electronic Albums of the 2010’s: Part 1

In honor of the decade coming to a close, I will be reviewing the 25 most influential electronic albums of the 2010 years. While there will be no official list for these albums, I will be delving into five different albums from the decade each week.

Keep reading to see which projects have made the cut so far. Be sure to keep an eye out for the rest of the albums which will be revealed over the rest of this month as a five-part series.

True, Avicii’s debut album, is jam-packed with innovative melodies and time-tested hits. However, this project has a few deep cuts going beyond radio hits “Wake Me Up” and “Hey Brother.”

“Dear Boy” is an eight-minute dynamic anthem, “Lay Me Down” is a funky banger, and “Shame On Me” is a really fun a crossover song featuring Audra May and Sterling Fox.

In a time where many songs barely have a shelf life, True is an album that has aged as well as fine wine.

Metahuman holds the distinction of being one of the only EDM projects reviewed by polarizing YouTuber, Anthony Fantano. Still, Eprom’s debut album is much more than that.

This album contains elements of glitch-hop, dubstep, and other electronic subgenres all masterfully woven together.

Truly ahead of its time, Metahuman paved the way for the rise of avant-garde bass music that would really come into its own later in the decade.

Good Will Prevail is an album with depth. As one of my personal favorites on this list, this project features everyone’s favorite sax-playing dubstep producer at his grooviest. The album features some of GRiZ’s flagship hits including “PS GFY,” “Can’t Hold Me Down,” and “Good Times Roll” featuring his contemporaries Big Gigantic.

Beyond that, “Wicked” is a powerful opener with slick guitar work from Grammy winner Eric Krasno. Electronic jam band, SunSquabi, absolutely shine in their feature on “I Don’t Mind,” while “Feelin’ Fine” is a feel-good mesh of soul, jazz, and trip-hop.

Tracks such as “Drop (Get Silenced),” “Muney (Gimme Dat),” and “Pay (For What)” feature commanding drums and a strong bass that never fail to get listeners moving. Songs such as “Vanessa” and “Rembrandt” are more laid back and serve as a very chill palette cleanser for the rest of the album’s bangers.

Overall, this is a fun project that really encapsulated its time while at the same time setting the stage for the future of the bass genre.

Despite the Top 40-infused guest list, this album is far from a cookie-cutter pop project.

The atmospheric, futuristic production seen on this project is miles ahead of its time and feels like a combination of Flume, Porter Robinson, and My Beautiful Dark Twisted Fantasy-era Kanye West.

9 is a must-listen for any fan of contemporary music. 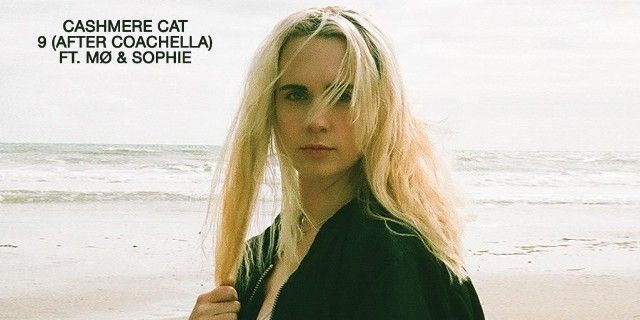 Which electronic album from the last decade is your favorite? Swipe up to comment below and let me know!