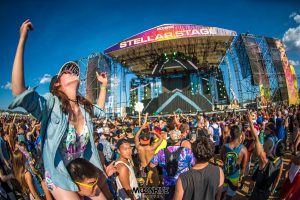 The Moonrise festival is bringing yet another exciting show to Maryland. This year’s end of summer festivities will be hot because the Moonrise lineup is fire.

Baltimore’s flagship EDM festival returns to the historic Pimlico Racetrack on August 10-11. When it does, it will be host to some of the biggest DJs in the industry.

Steez Promo and Club Glow are responsible for throwing spectacular shows at Echostage, Soundcheck, and Soundstage. They have also done an awesome job of developing the alien, space-themed festival since it began in 2014.

In that time, the festival has grown, attracting more than 30,000 revelers last year. If they continue to bring lineups such as this 2018 festival, Moonrise will surely explode. It will soon be a strong national festival contender.

Let’s discuss this lineup! Moonrise will be hosting some awesome sets. The Stellar stage will feature Seven Lions, the Lunar stage is shining bright with 21 Savage, the Solar tent is blasting Rusko, and the Celestial stage illuminates Nora En Pure.

Moonrise has just released a new artist announcement: Hippie Sabotage will be bringing the funk on Sunday!

Those are just a few highlights from each stage. There are so many other must-see sets making Moonrise an event you can’t miss.

One noted wow factor of this stellar festival is the fusion of beat thumping genres. Each of the four stages will display a mixture of EDM genres such as bass, dubstep, hardstyle, house, and trap.

These are many of the styles that Baltimorians and Washingtonians have come to love. Between the two cities’ rich history of creating their own sub-genres, Baltimore club music, and D.C. go-go, Moonrise is definitely catering to the DMV’s (D.C., Maryland & Virginia) fast-paced and rush seeking music palate.

Your Ticket to Out of Space

The countdown timer is ticking away, but tickets are still available. Tickets are sold on a tiered basis so be sure to grab yours quick and in a hurry as they blast off swiftly. If you don’t have the lump sum upfront, sign up for their payment plans, but whatever you do, don’t miss out on the festivities. Moonrise is also offering their astronauts shuttle passes, parking passes, and locker rentals for your convenience. They even have single day admission! CLICK HERE to purchase your passes to Moonrise Festival today. 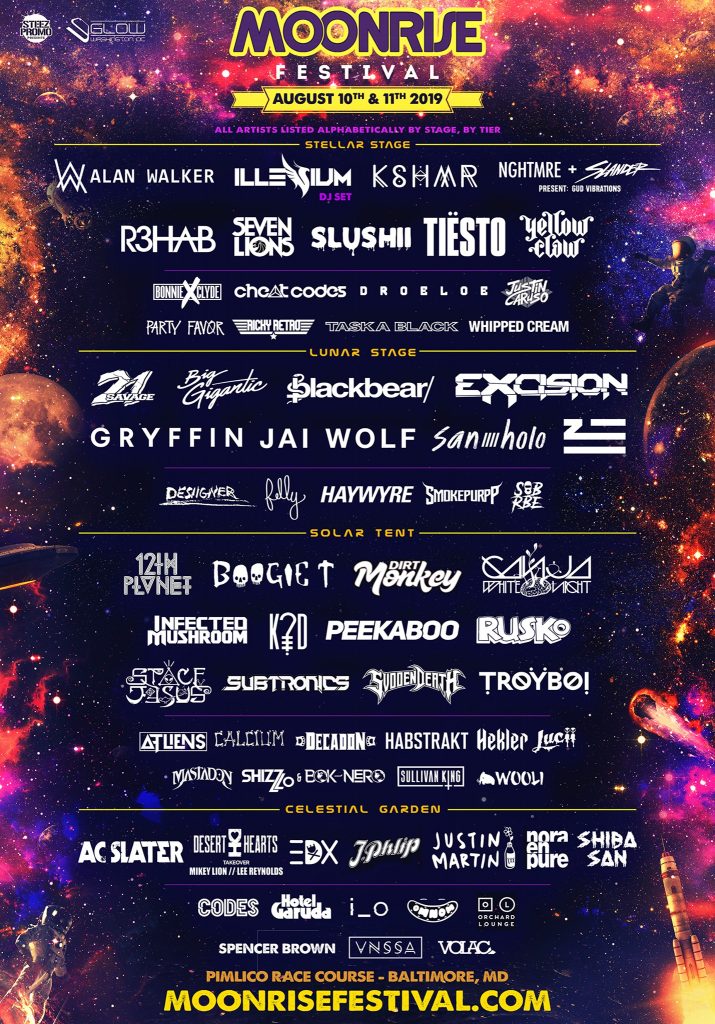 Not sure if Moonrise is right for you? Check out my review of Moonrise here and get ready before the festival with my guide to prepare for Moonrise here.

Swipe up to comment below and let me know if you plan to party in Baltimore for the festival this year!