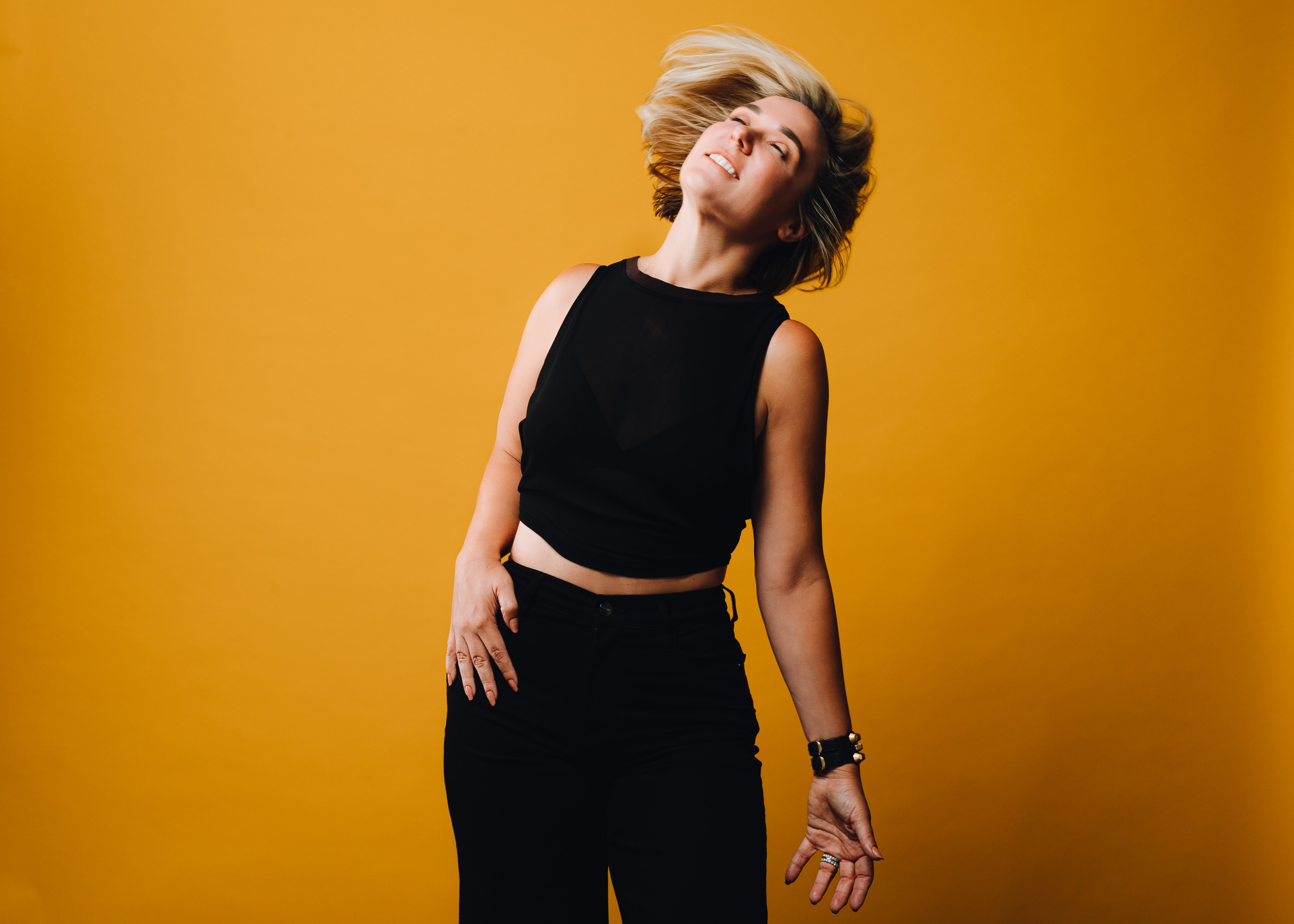 Mister Lady flips the script with her artist name as she embodies her character on stage DJing hard-techno music. Find out the meaning behind her artist name, who influenced her, and what fascinating career she switch from before she transitioned into the music industry. Get to know this up-and-coming talent in my exclusive interview with her below!

When we met, you mentioned that your DJ-alias was inspired by your husband’s passion for drag. How intriguing! Is he involved in your career in a creative and/or business capacity?

The drag is often the gateway topic…my husband, Aldo, periodically presents as female as a form of self-expression. It started about a decade ago under the umbrella term “drag,” but it’s evolved into… “gender fluid.” Hence when we go out, we are often in the form of two ladies.

That’s fascinating. How is the reaction to the two of you, when you go out clubbing?

Well, this comes with challenges for me as Aldo’s partner. Mister Lady is my way of flipping the script a tiny bit, and becoming a slightly different character, as well, without presenting as male.

Who were or are some artists that influenced you in this genre-bending way?

Marilyn Manson talked a lot about his “anti-Christ Superstar” character in his autobiography, and I’m inspired by that characterization. (I’m not inspired by Marilyn Manson’s music, imagery or human resources, for what it’s worth.) The term Mister Lady came from a women’s shoe store that we saw in Berlin. It makes me happy because I’ve had female listeners log onto my livestreams and tell me how much they love the name.

How long have you been DJing?

I’ve been DJing since 2019. I trained at London Sound Academy starting in 2017 and I quickly realized that I was very interested in music production so I enrolled in music school. As my knowledge of music production grew (i.e. modular synthesis, sound design), I was able to take-off with DJing. It was, unfortunately, at the same time that the pandemic hit.

Since what year have you been a music producer?

Since 2020. I studied electronic music production and performance at Catalyst Berlin; the pandemic took me home to London in the middle of the academic year and I spent the pandemic making an experimental power electronics E.P. using all hardware that I self-released on Bandcamp.

Music and people have changed so much now that I don’t think hardware-based music – meaning, all modular synths and drum machines – is relevant anymore. Neither do I think that people coming out of the pandemic need experimental music; I think there’s a format for EDM currently, and it feels most relevant for me to explore and build upon what that format is. 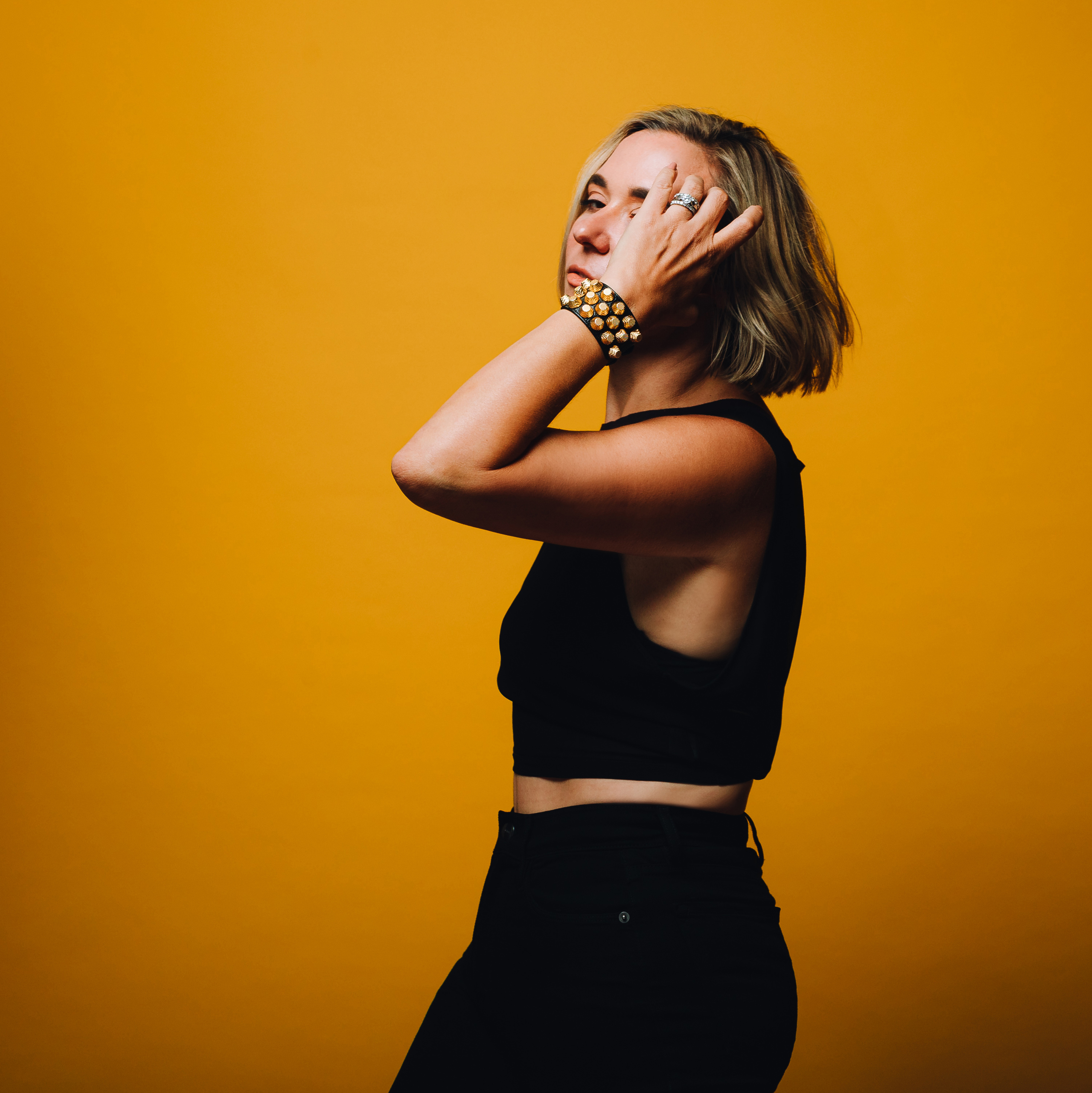 Because of my Berlin experience, I took a yearlong electronic music production course at Berklee College of Music. There, I learned how to produce current, commercially relevant electronic music across all sub-genres (trance, drum-and-bass, dubstep, etc.) It was then that I made the decision that I wanted to produce techno, specifically hard-techno.

I surprised myself, but my main goal in doing this was that I don’t hear enough exciting or euphoric electronic music today and I wanted to be a part of changing that. With hard-techno, I went with what most made me feel like getting up and dancing.

Where and when were you born? What was your early career?

I was born in Chicago in 1980. I worked in the animation industry for a very long time.

Do you have a formal musical education?

Yes, I was musically trained as a drummer during university. I stopped drumline because I wanted to put in the time to develop and become a visual artist, specifically as a character designer for animation. I have a BFA in Graphic Design, which I find relevant with electronic music production, for example, when using Ableton Live.

Oh? That’s a very interesting perspective. I’m not sure many music producers think of the visual aspect of making music using Ableton Live…

[Laughs] I find that arranging elements to design and fill-out a frequency spectrum is a similar process to visual design. Both, to me, are about trying to manipulate or guide an audience’s experience.

Why did you decide to make the career-change from the animation industry to music production? Was there a catalyst in your decision-making process?

The animation industry wasn’t one that supported radical creative evolution, after so many years. It was rare, if ever, that I felt like my work made a difference in anyone’s life. Whereas with music, it makes a huge difference to people who care about it.

I read a Deadmau5 quote where he said that a music producer has done a really good thing if their music makes a positive difference in at least one person’s life experience. That can be said about many things in the world, but it feels really authentic to music-creation, for me.

Back to Chicago, where you were born. How did your early years as a child in Chicago influence you, artistically?

I was born and raised in Chicago, yes. I lived there until moving to Los Angeles in 2003. The story goes that my mother was pregnant with me when she went to the infamous “Disco Demolition Night” radio station stunt (that turned into a riot) in 1979 in Chicago.

I don’t think it affected me, because I love disco! [laughs] When I was coming of age, I was very into the Wax Trax! Records industrial music scene. That label was one of the early pioneers of the house music scene in Chicago from the mid-‘80’s.

What were the first few years of your life like for you after you moved to Los Angeles?

In 2003, I went to animation school at U.C.L.A. I worked a few years, then I moved up to San Francisco, ironically, during the great recession of 2008. I met my partner, Aldo, in January of 2010. In October 2016, we moved to London when I was soul-searching for what to do next in my career.

It might be difficult for some to imagine the vibrant nightclub scene of the pre-pandemic world, now that we’re realizing that COVID-19 is here to stay. I look upon the old club scene with such nostalgia, now! What were some clubs that influenced you?

I cite Fabric [in London] as one of my great early influences. I do need to say this with a caveat, however, because I think industrial and EBM [electronic body music] is great nostalgia, but it’s absolutely dated and irrelevant today. So, I want to make music that’s 100% hard, raw and aggressive, but I want to do it in a way that doesn’t feel like a time-warp. 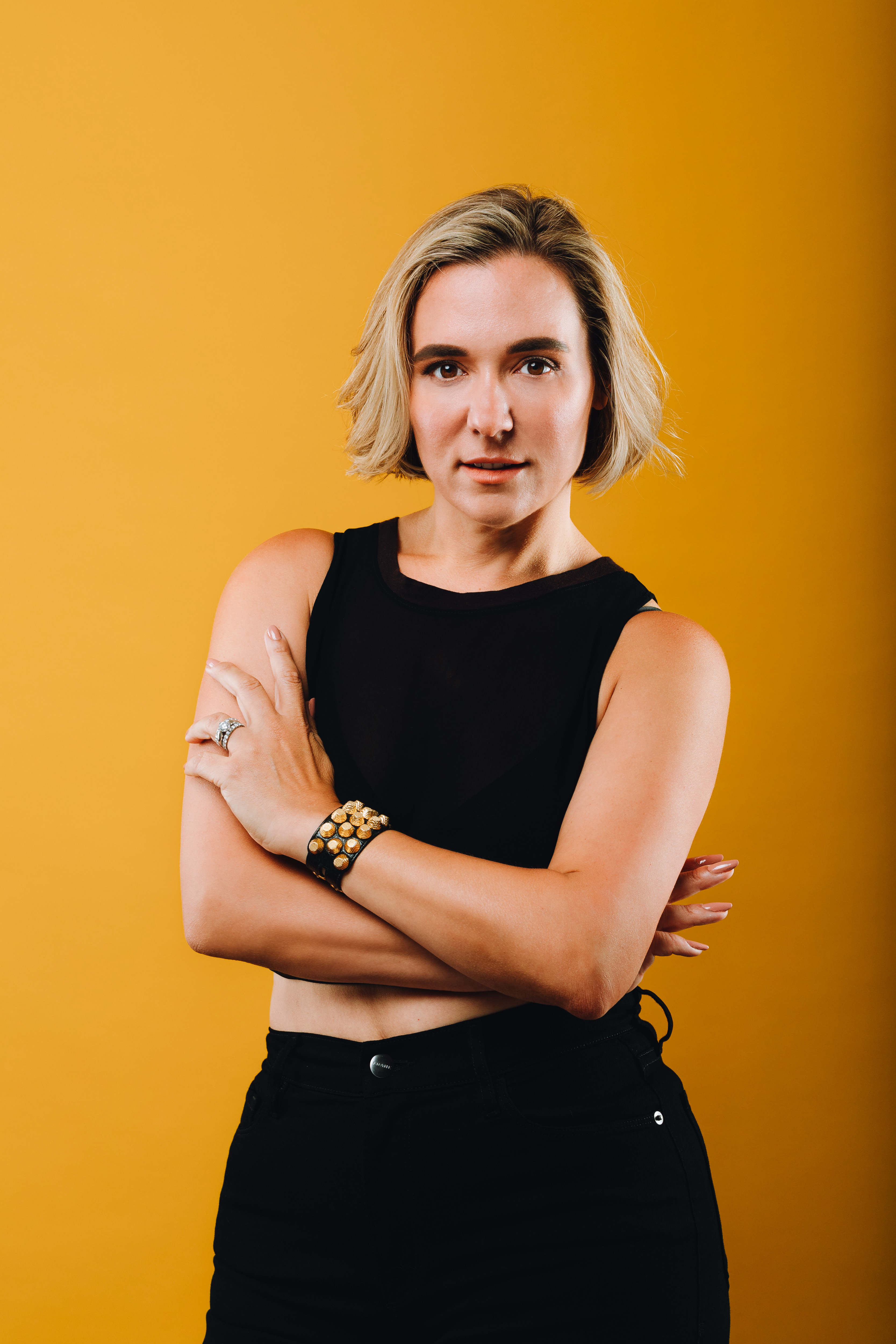 When you were living in Berlin, what university were you attending?

Is the “Egg” in London the only nightclub you’ve played in London?

Yes, EGG London. I played a few London Sound Academy alumni nights in 2019, as lockdown restrictions were easing. Unfortunately, playing there during that time was technically illegal.

Which artists supported you during the early days of the pandemic during lockdowns?

In July of 2020, I was part of an all-day Twitch “raid” livestream with Sofi Tukker to celebrate LP Giobbi’s new release on Spotify. LP Giobbi was very gracious in that she sent her listeners to my stream a few times. The following week, she asked me to be a part of her event.

What was it about your DJ set that grabbed those DJs’ attention, do you think?

I was spinning breakbeats and classic rave tunes at the time, so I think LP Giobbi liked how crazy my sets were. [laughs] There were a few other DJs from Chicago and L.A., coincidentally, whom I met and kept up with. It was great to interact with other humans trying to navigate the livestream sphere, and it was exciting to see her song, “Meet Again,” skyrocket to #1 on Spotify. I will be releasing new music of my own, momentarily, so I’m excited to see how fellow DJs/producers and fans react to it.