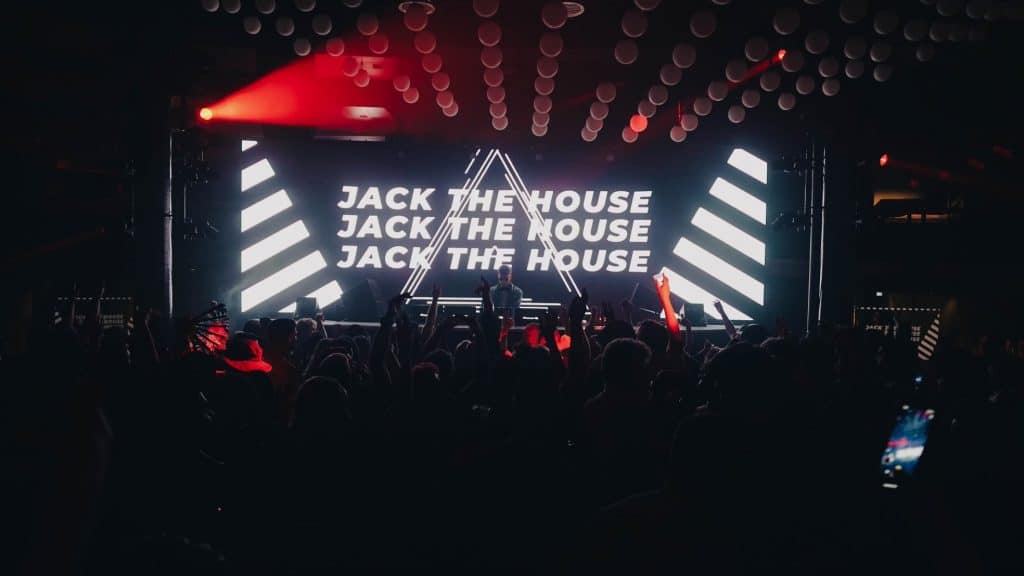 When I found out Matroda was coming to Atlanta on the weekend of my birthday, I was instantly ready to make the four-hour drive. As if this was not enough, it was my girlfriend and I’s first time going to District, one of the top concert venues in the city. Walking out of a narrow hallway, I looked around the large circular room. There was a fancy bar centered in the back and glowing orbs hanging from the ceiling.

A Solid Start to the Night

Although being a little late, we were lucky enough to catch the second half of Jalen Jackson’s set. Lightning flashed in all directions on the screens in front of the stage and behind it. Jalen Jackson’s style matched Matroda’s produced tracks perfectly, playing songs such as Green Velvet and Mason Maynard’s “Propane”, while digital flames erupted behind him. The opener threw a variety of bass house and tech house edits at the lively audience. The powerful house music hit every attendee differently, resulting in hundreds of individual dance moves, head nods, and shuffling.

The end of Jalen Jackson’s set blended seamlessly into the start of Matroda’s. There was almost no downtime between sets which was exactly what the crowd desired. Matroda started his set with his new track “Storytelling”, which samples the acapella from “House Music” by HUGEL. The front of the deck setup displayed huge white block letters that spelled his name in all caps. Shortly after, he played a house remix of “In Da Ghetto” by Skrillex and J Balvin. His name flashed in red and the orbs hanging from the roof glowed the same shade.

There was a myriad of flawless transitions throughout the snare-filled set. One of the early blends was “Candy Shop” by Volac (a remix of 50 Cent’s rap masterpiece) into Matroda’s groovy track “Gimme Some Keys”. This song brings listeners back to the 70s; a piano progression leads into a drumroll buildup followed by a deep voice uttering “girl you know I love the way you dance.” Another great transition was when Matroda mixed “Journey” by Pickle into “High On You”, from his recent EP known as Jack The House 2. 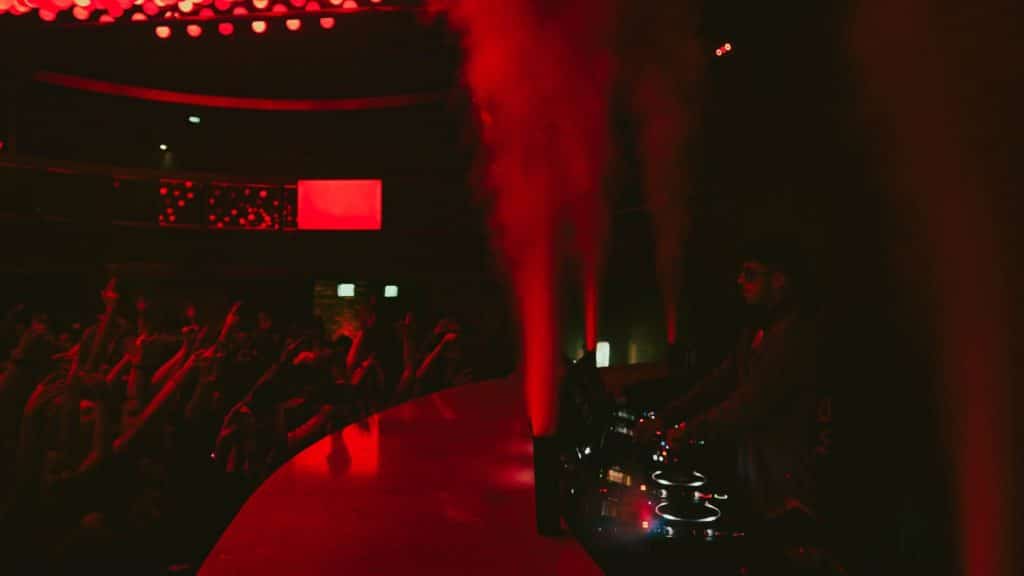 Not only were the transitions breathtaking, but the bass house IDs Matroda played had the crowd roaring in approval. Among these, was an ID rendition of Britney Spears’s “Toxic” and a remix of “One More Time” by Daft Punk. When Matroda’s ID of “Satisfaction” by Benny Benassi dropped, smoke shot out from the stage and the crowd burst into cheers. Purple spotlights sprayed in all directions as the buildup of Matroda’s ID of  “Show Me Love” (by Robin S) shook the venue.

My two favorite IDs of the night were remixes of “Love Tonight” by Shouse and “Industry Baby” by Lil Nas X, featuring Jack Harlow. The drop for the “Love Tonight” ID consisted of a powerful kickdrum that echoed throughout the club. The “Industry Baby” ID completely blindsided the audience and I am praying it will get released soon. A fan favorite that everyone sang along to was Matroda’s remix of “Turn Off The Lights” by Chris Lake with vocals from Alexis Roberts. This ID distorted the chorus in a way that reflected tracks from the Dirtybird label.

In addition to the IDs and transitions, Matroda’s set encompassed an assortment of new tech-house tracks and some of his own. “La Pasion” is one of his 2021 singles that was collaborated with San Pacho. The Latin vibes and Spanish lyrics had the concertgoers side-stepping across the dance floor. The atmosphere was eccentric when Matroda cued up “Just Feels Tight” by Fisher and his own banger “Disco Tool”. Matroda also detonated “Naughty Water” by Volac onto the crowd when transitioning out of an “I Can’t Stop” (by Flux Pavillion) house remix. 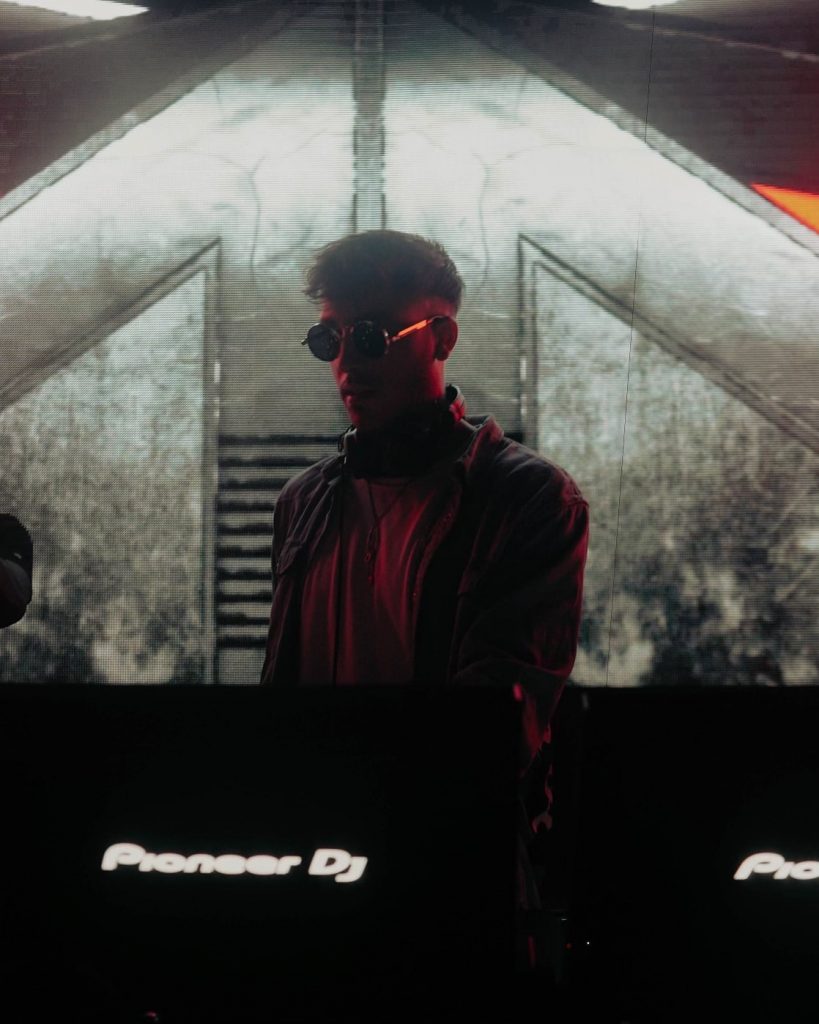 As Matroda wrapped up his set, the crowd practically begged for an encore. No one wanted the captivating mix to come to a stop. Matroda gave us what we wanted and played an edit of “Finder” by Ninetoes to finish off the night. The DJ had done more than prove that he was a force to be reckoned with in the house community. Get ready for this young superstar to be at the top of the EDM charts in the upcoming year.

Have you seen Matroda perform? Swipe up to comment below and let us know what you thought of his set!